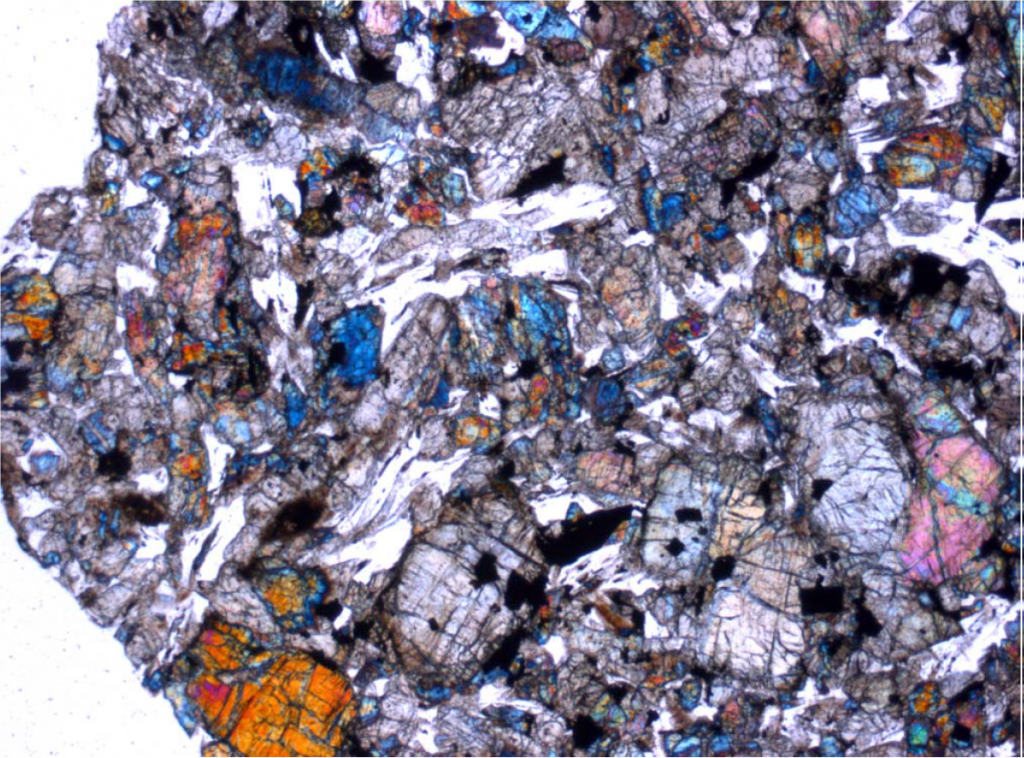 The Tissint meteorite fell to Earth in 2011 in the Moroccan desert. Tissant is a shergottite, an igneous rock that crystallized on Mars about 575 million years ago. Because it was observed to fall and was collected soon after landing on Earth, Tissint is relatively pristine and unaltered by terrestrial weathering. As a result, Tissant provides unique insight into the composition of fluids present on the martian surface. A recent study detected both aromatic hydrocarbons and soluble salts in Tissant, and the investigators suggest that a brine silimar to terrestrial seawater was present in the martian source region.