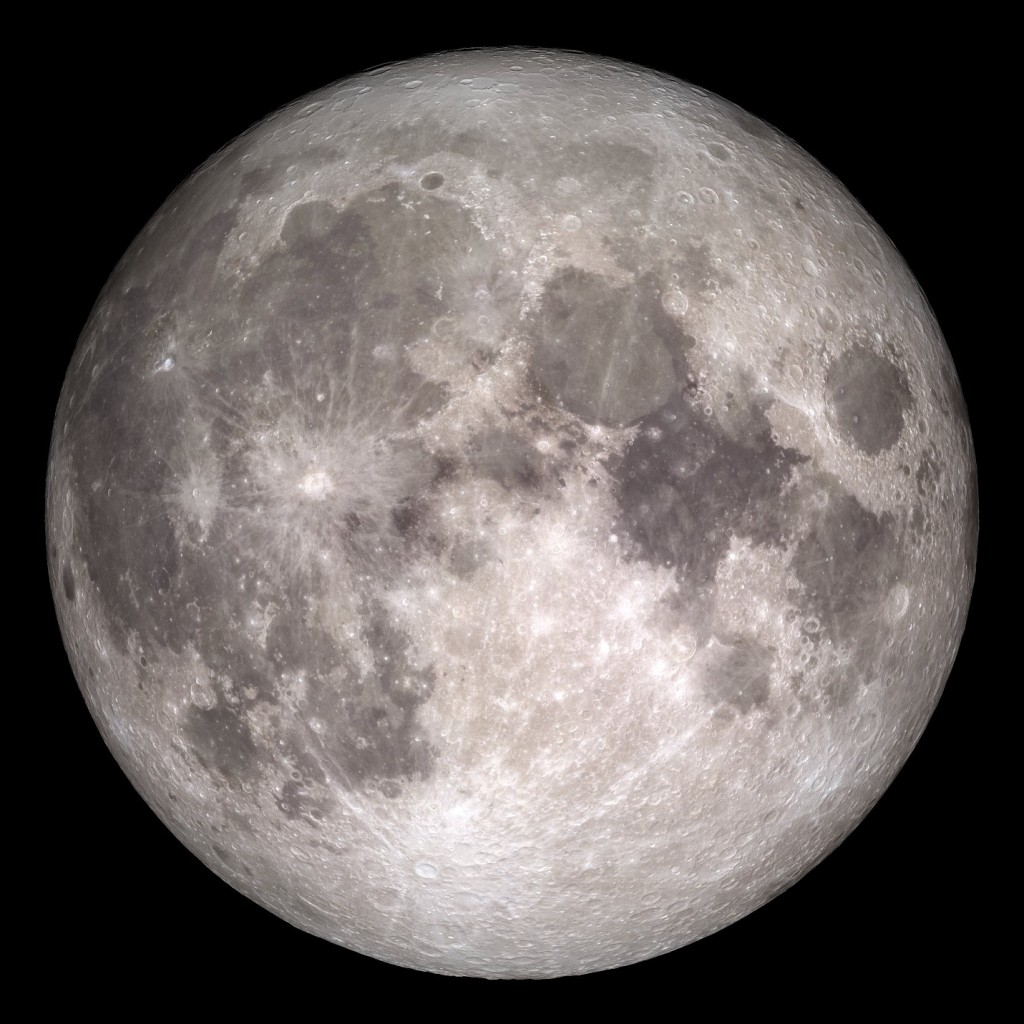 NASA’s Lunar Reconnaissance Orbiter spacecraft allowed us to see this spectacular image of the near side of the Moon. Image credit: NASA/GSFC/Arizona State University

With the 50th anniversary of the Apollo 11 Moon landing approaching on July 20, here are a few suggestions of how to celebrate the event.

When we look up at the Moon today, we still see a very similar surface as people in prehistoric times with the light areas known as highlands and the dark features, called maria (Latin for seas), representing impact basins that were filled with basalt between 4.2 and 1.2 billion years ago. Archaeological evidence suggests that early humans used the Moon as a timekeeper as early as 25,000-35,000 years before the present. The following link gives more insights about the field of archaeoastronomy and the role of the Moon in early human history:

Ancient humans used the moon as a calendar in the sky

With increasing scientific interest and improved visualization techniques, our view of the Moon has changed from simple drawings in the 17th century to images showing the Moon in incredible detail. A collection of images of the Moon over time can be found here:

See how visualizations of the moon have changed over time

The first human landing on the Moon on July 20, 1969 started a new era of lunar exploration. During the Apollo missions of 1969-1972, 12 astronauts studied the lunar surface and brought back 382 kilograms (842 pounds) of rock and soil. Now, you have the possibility to relive the Apollo 11 mission. Ben Feist and collaborators have created a real-time journey through the first landing of the Moon using historical material. Enjoy!