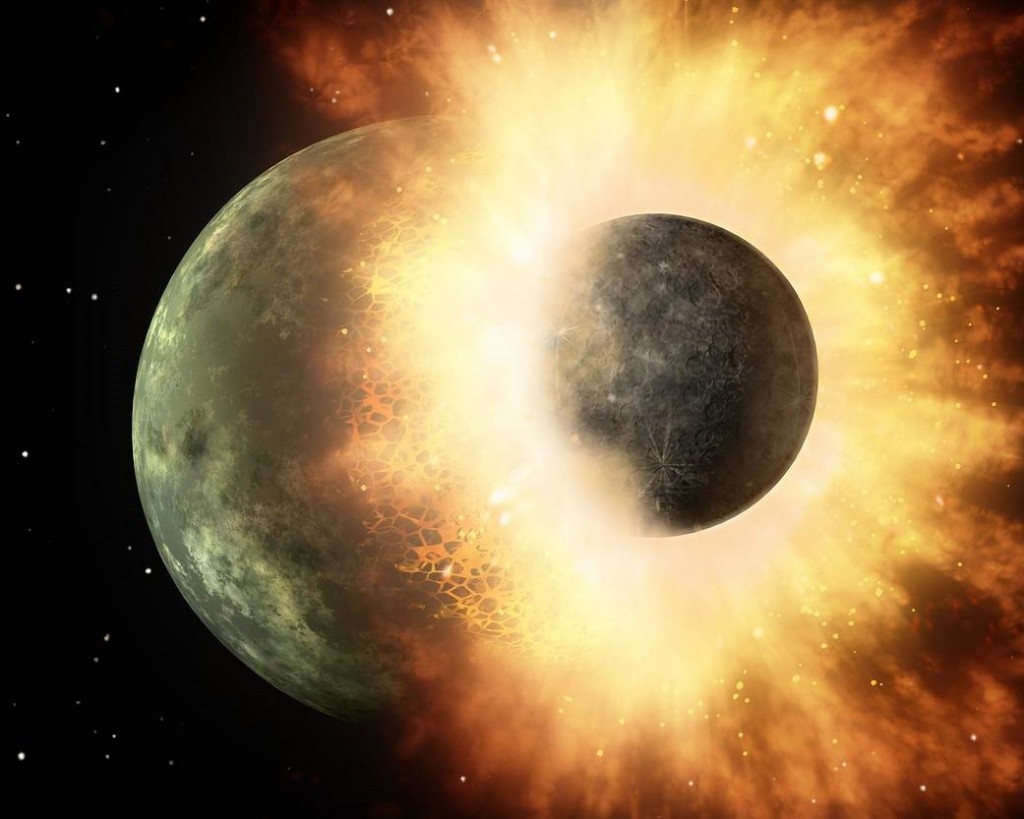 Artist’s concept of a giant impact which is assumed to have formed the moon. Image credit: NASA/JPL-Caltech