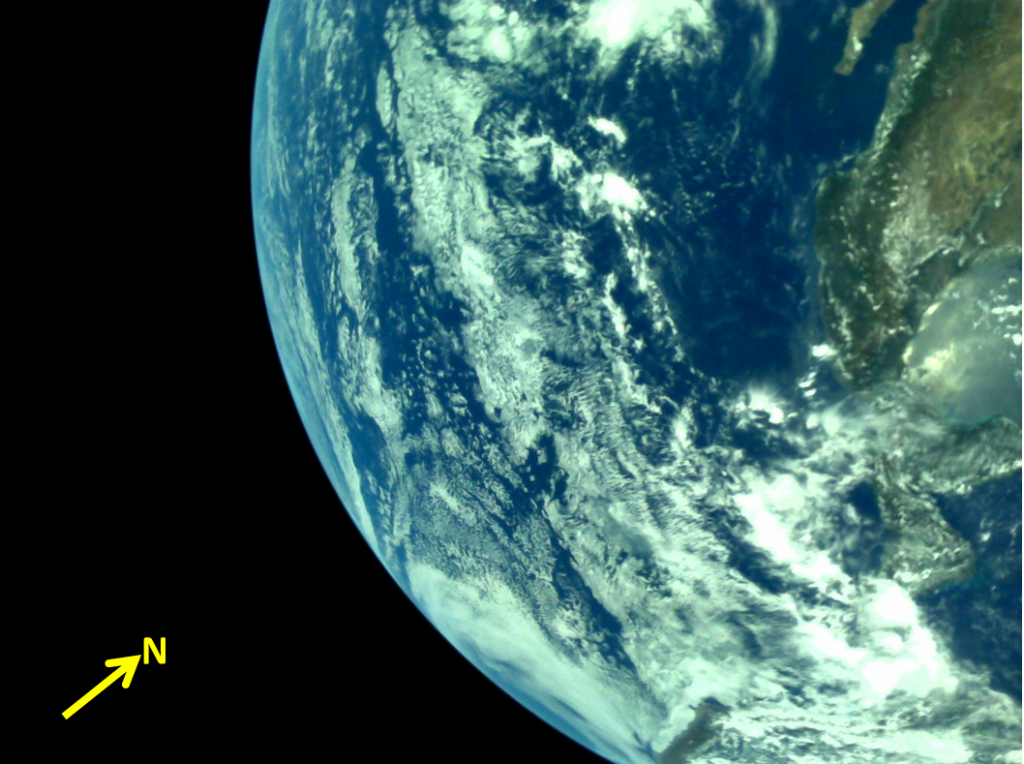 This image was taken by the Vikram lander aboard Chandrayaan-2 while it orbited Earth on August 3. Image credit: Indian Space Research Organization (ISRO).

On August 14 at 2:21 a.m. IST (4:51 p.m. EDT August 13), the Indian Space Research Organization (ISRO) conducted one final maneuver of the Chandrayaan-2 spacecraft to raise its orbit and set its course for the Moon. This final maneuver follows five previous orbit-raising maneuvers since the spacecraft entered Earth orbit. The spacecraft’s liquid-fueled engine was fired for about 1,203 seconds to achieve a Lunar Transfer Trajectory. Lunar Orbital Insertion is currently slated for the morning of August 20 (the night of August 19 in the U.S.), and soft landing of the lander and rover is expected on September 7 (September 6 in the U.S.).