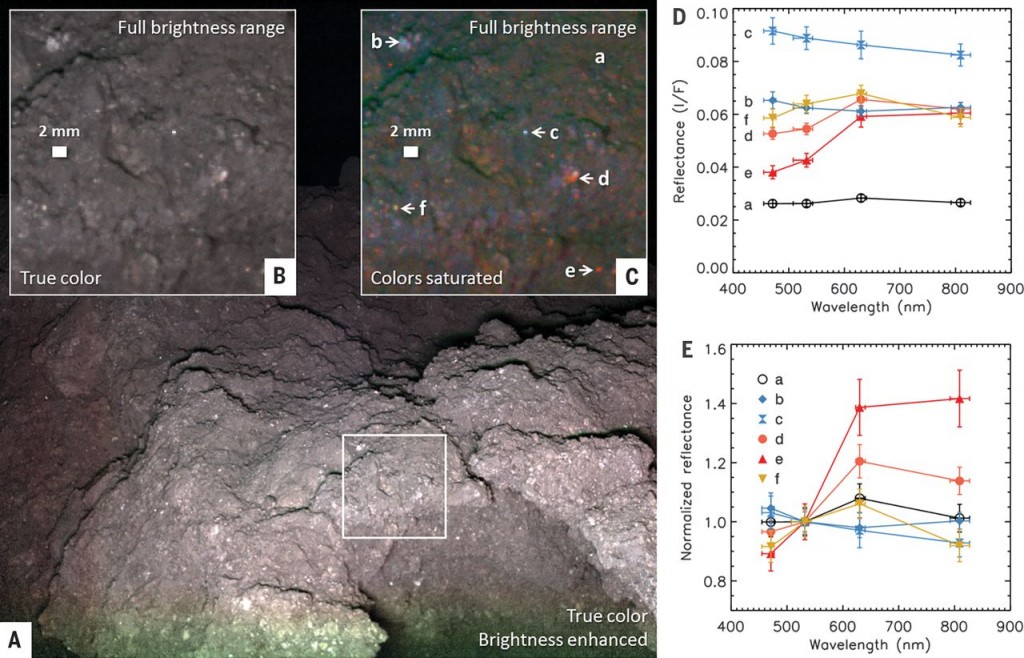 New images from the surface of the asteroid Ryugu reveal surprising results about the size and composition of rocks on the surface of this ancient object. Ryugu, which is believed to contain some of the oldest rocks in the solar system, is currently being investigated by the Japan Aerospace Exploration Agency’s Hayabusa2 mission. This mission, which will return samples from the surface of the asteroid back to Earth for in-depth analyses, has taken some of the most high-resolution images from the surface of an asteroid to date. Analyses of the images, which were recently published by Jaumann et al. in the journal Science, reveal an assortment of large particles that look very much like carbonaceous chondrite meteorites that have been found on Earth. In addition, the images reveal a surprising lack of small particles on the surface of Ryugu. The mechanism for removal of small particles from Ryugu is not clear and will require more study. READ MORE