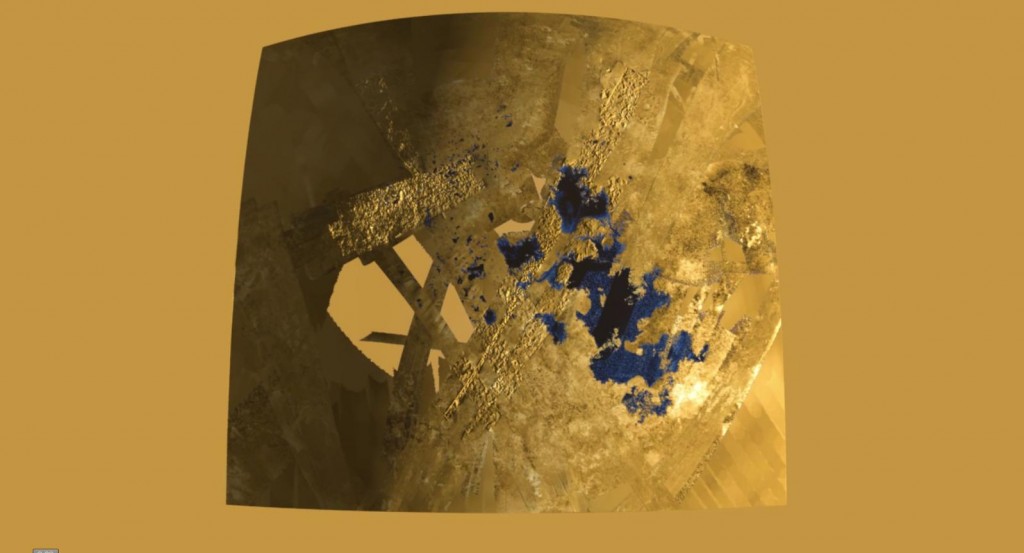 Titan is the only extraterrestrial body in our solar system with persistent lakes and seas filled with liquid hydrocarbons on its surface. Among them, the small lake basins have been previously suggested to originate from karstic dissolution processes due to their morphological similarity to terrestrial karstic lakes. To elucidate the origin of these small lake basins featuring raised rims, a new study used delay-Doppler processed altimetric and bathymetric data acquired during the last close flyby (April 22, 2017) of Titan by the Cassini spacecraft in conjunction with a morphological analysis. The results indicate that the morphology of the raised-rim basins is analogous to that of explosion craters from magma–water interaction on Earth, and therefore, suggest that these basins are from near-surface vapor explosions, rather than karstic. READ MORE