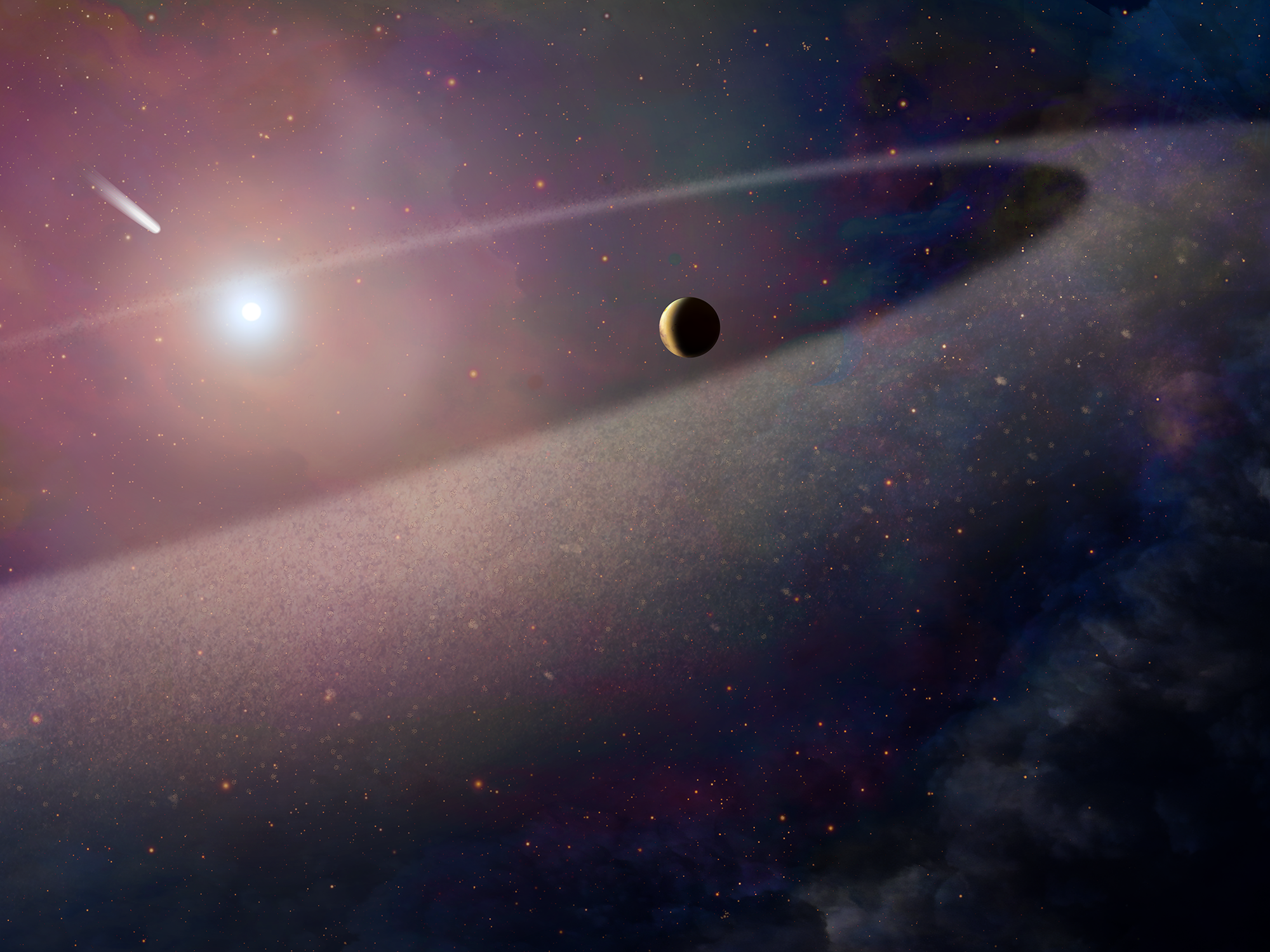 Artist’s concept of a white dwarf star, with its nearby atmosphere, a remaining planet, a debris ring, and a falling comet. Image credit: NASA, ESA, and Z. Levy (STScI)

Many planets have been detected around stars beyond our Sun, but few of them are solid like the Earth, and it has been a struggle to determine whether any are chemically like the Earth. Researchers at UCLA, led by Dr. Alexandra Doyle, have published (in Science magazine) a new method for analyzing the compositions of former exoplanets, and have found that they were much like the Earth. Their method comes from spectroscopy of light from white dwarf stars, the cores of old stars after their red giant phases. These stars (like the Sun) have thin atmospheres, and the compositions of the atmospheres can be determined from how the white dwarf’s light is absorbed by the atmosphere. Unlike the Sun, though, a white dwarf’s atmosphere is made of the remnants of its former rocky planets. Doyle and others report that the white dwarves’ atmospheres are chemically similar to the bulk compositions of planets (Earth, Mars) and asteroids in our solar system, which suggests that some rocky exoplanets are geophysically and geochemically similar to Earth. Co-author Hilke Schlichting says, “If extraterrestrial rocks have a similar quantity of oxidation as the Earth has, then you can conclude the planet has similar plate tectonics and similar potential for magnetic fields as the Earth, which are widely believed to be key ingredients for life.” READ MORE