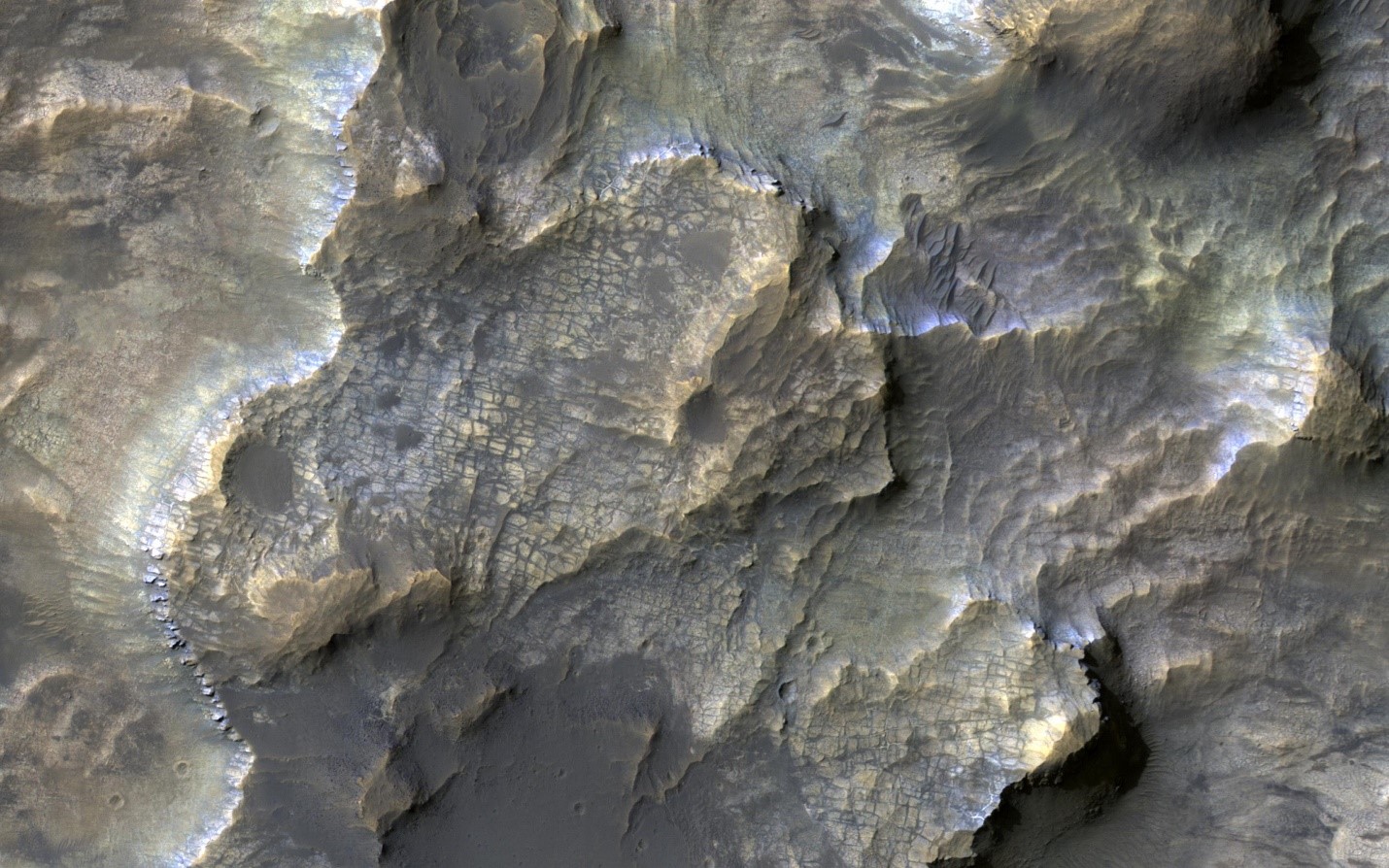 An image from the Mars Reconnaissance Orbiter showing the deep-water, hydrothermally altered clays found at the bottom of the Eridania basin. Credit: NASA/JPL-Caltech/Univ. of Arizona (PIA22588).

There is abundant evidence that ancient Mars possessed water on its surface. Noachian-age rocks (3.7 to 4.1 billion years old) show evidence for hydrous minerals, valley networks, lakes, and shorelines that could only have been formed by surface water. The heat that generated and sustained this liquid water on the relatively cold surface of ancient Mars could have come from a variety of sources, including magmatic intrusions, volcanism, heat from giant impacts, and temporary greenhouse atmospheres driven by geochemical processes. However, these processes are all relatively short-lived. To produce the observed hydrothermal features, some that may have taken hundreds of millions of years to form, a longer-lived source of heat is required.

A team led by Lujendra Ojha of Rutgers University argues that heat from the radiogenic decay of heavy elements could explain some of the observed hydrothermal features on Mars. The team studied the Eridania basin, a series of ancient impacts that was filled with deep-water clays during the Noachian. The basin was likely an ice-covered sea at the time, and the amount of clays found there would have taken hundreds of millions of years to form, too long for short-lived hydrothermal sources like impacts or magma intrusions. Spectroscopy from the Mars Odyssey Gamma Ray Spectrometer suite showed that the area is enriched in the heat-producing elements thorium, potassium, and uranium, which have half-lives of billions of years. Extrapolating the current crustal heat flow produced by these elements back to the Noachian, they estimated that these radioactive elements alone would have provided enough heat to sustain hydrothermal activity over hundreds of millions of years.

The team supported their findings with two additional observations. First, they observed that the shape of the Eridania craters indicate that they have not relaxed over time. The team concluded that the hydrothermal activity transferred heat out of the lithosphere more quickly in this region, leaving it more rigid and less likely to relax. They also observed that the surrounding area has a relatively strong, crustal magnetic field, which is consistent with the long-term hydrothermal alteration of the mineral magnetite under the Eridania basin.

Altogether, these findings suggest that water could have persisted on the martian surface in some places for many hundreds of millions of years without the need for short-term sources of heat. Such places could, therefore, be of astrobiological interest as locations where life could have had the time and long-term energy sources required to develop. READ MORE