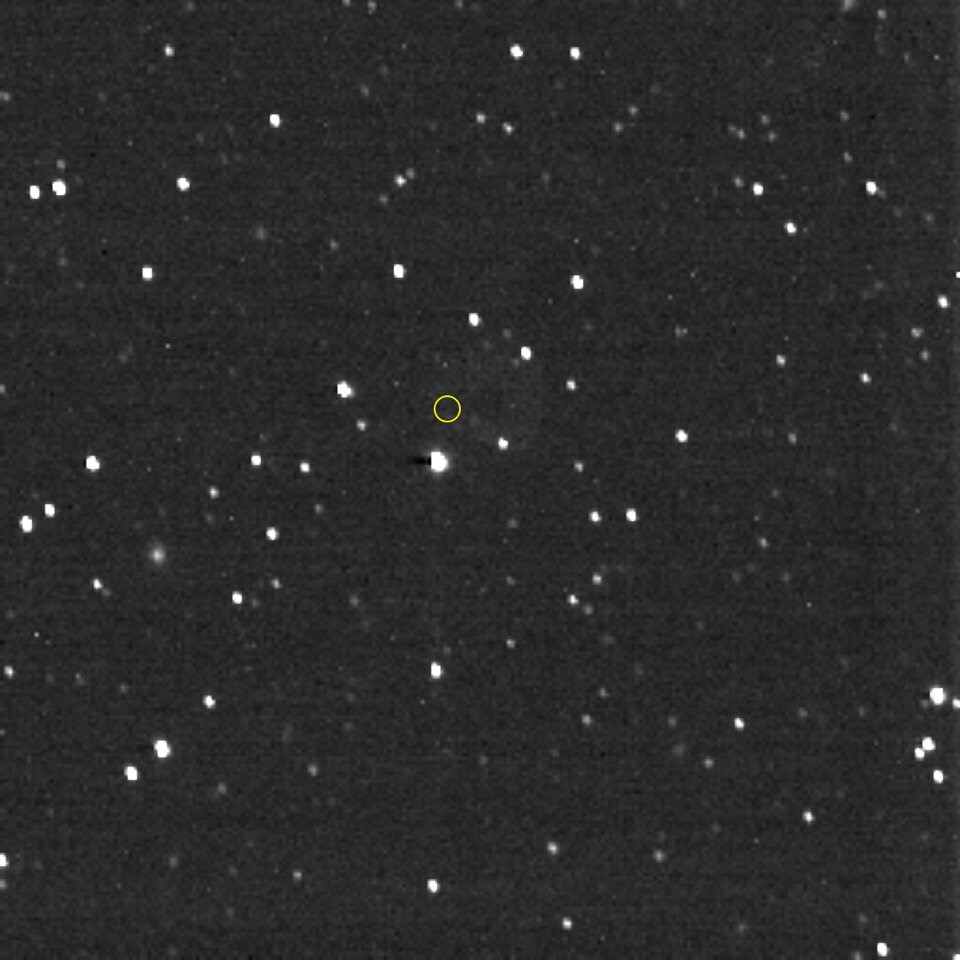 NASA’s New Horizon spacecraft’s Long Range Reconnaissance Imager captured this image on December 25, 2020, showing the starfield the Voyager 1 spacecraft is located in (yellow circle). The Voyager spacecraft is too faint to be seen in this image situated in interstellar space, 11.2 billion miles from New Horizons; however, the precise location can be ascertained through NASA’s radio-tracking. Credit:  NASA/Johns Hopkins APL/Southwest Research Institute.

NASA’s New Horizons mission, whose aim is to understand those worlds located in the outer regions of our solar system, recently reached a new milestone. On April 17, 2021, New Horizons became the fifth spacecraft to travel 50 times farther from the Sun than Earth (nearly 7.5 billion kilometers), following in the space-travel “footsteps” of the successful Voyager 1 and 2 and Pioneer 10 and 11 missions.

The New Horizons spacecraft was launched from Earth on January 19, 2006, to travel to the outer reaches of our solar system known as the Kuiper belt. The Kuiper belt is believed to be a relict of solar system formation, home to icy dwarf planets that had never been seen up close prior to this mission. During its journey, New Horizons used Jupiter’s gravity to accelerate to over 84,000 kilometers per hour and carried out a fly-by survey of the dwarf planet Pluto and its moons. On July 14, 2015, the New Horizons spacecraft revealed mountains and glaciers of water ice on Pluto, in addition to dune fields of frozen methane. In 2019, New Horizons surveyed a 36-kilometer-long peanut-shaped object named Arrokoth a billion miles further from Pluto. The information returned from the Pluto system and Arrokoth is helping scientists understand how these unusual outer solar system bodies formed and evolved and what they tell us about the formation of our solar system. Pressing further into the Kuiper belt, the New Horizons spacecraft is searching for additional targets to conduct more fly-by studies of icy bodies at the outer edges of our solar system. To mark this mission milestone, the New Horizons team imaged the star field where the Voyager 1 spacecraft is now situated in interstellar space, highlighting the remarkable achievements of NASA’s space exploration program. READ MORE