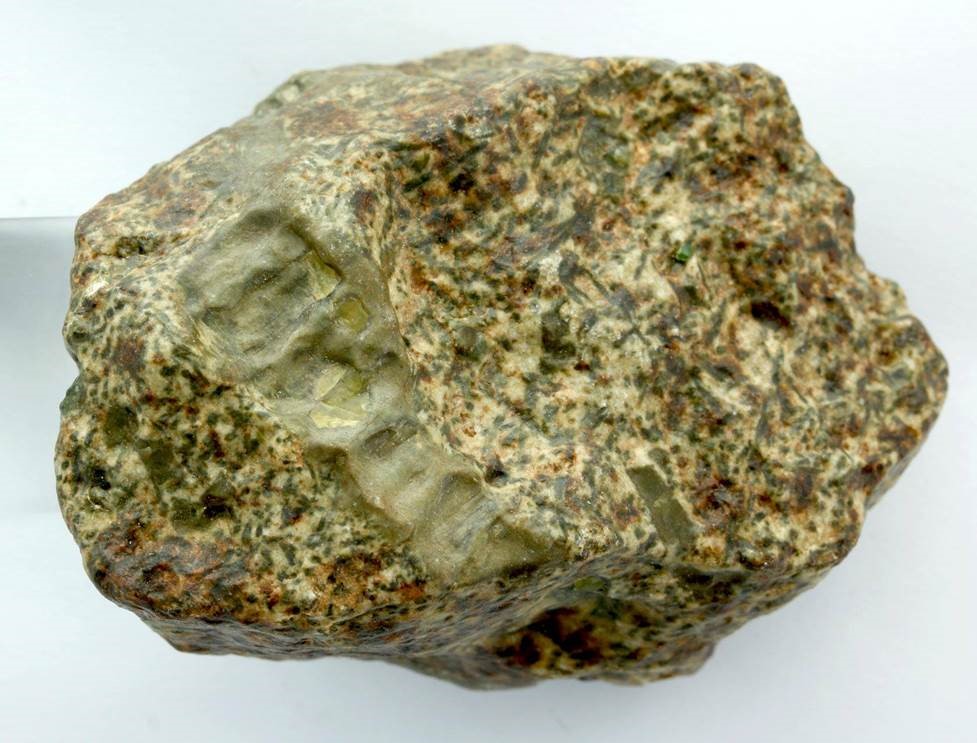 Image of Erg Chech 002 from the Meteoritical Bulletin Database. Credit:  A. Irving.

Despite living on Earth’s crust, scientists have little information on how it evolved before 3.5 billion years ago because plate tectonics have destroyed Earth’s oldest rocks. In contrast, achondrites, which are meteorites that can come from the crusts of differentiated asteroids, are typically more than 4.5 billion years old, similar to the age of the solar system. These early crustal rocks have been preserved because their parent bodies did not experience plate tectonics. Therefore, scientists study these achondrites to understand the formation of crusts on early planetary bodies, which in turn can provide insights into how Earth’s earliest crust evolved.

Most asteroidal achondrites studied are basalts, similar to the most common crustal rocks on the Moon and Mars and found as lava flows on Earth. However, in recent years, achondrites of a very different composition, known as andesite, have been discovered. Andesites are rich in silicon, potassium, and sodium compared with the more iron- and magnesium-rich basalts and have led to the suggestion that the earliest planetary crusts were andesitic rather than basaltic. The newest addition to these andesitic achondrites is meteorite Erg Chech 002, found last year in the Sahara and studied by Jean-Alix Barrat of the Université de Brest and colleagues.

Barrat and colleagues analyzed Erg Chech 002 using a variety of geochemical techniques and found that its chemical composition is distinct from those of other andesitic achondrites, indicating formation at higher temperatures. Moreover, they determined Erg Chech 002 to be 4.565 billion years old, slightly older than other andesitic achondrites, making it the oldest magmatic rock analyzed to date. They suggest that crustal compositions like that of Erg Chech 002, which do not match any known asteroids, were more common during early planetary formation than previously thought. This implies that a substantial portion of crustal material created during early planetary evolution has been destroyed. READ MORE