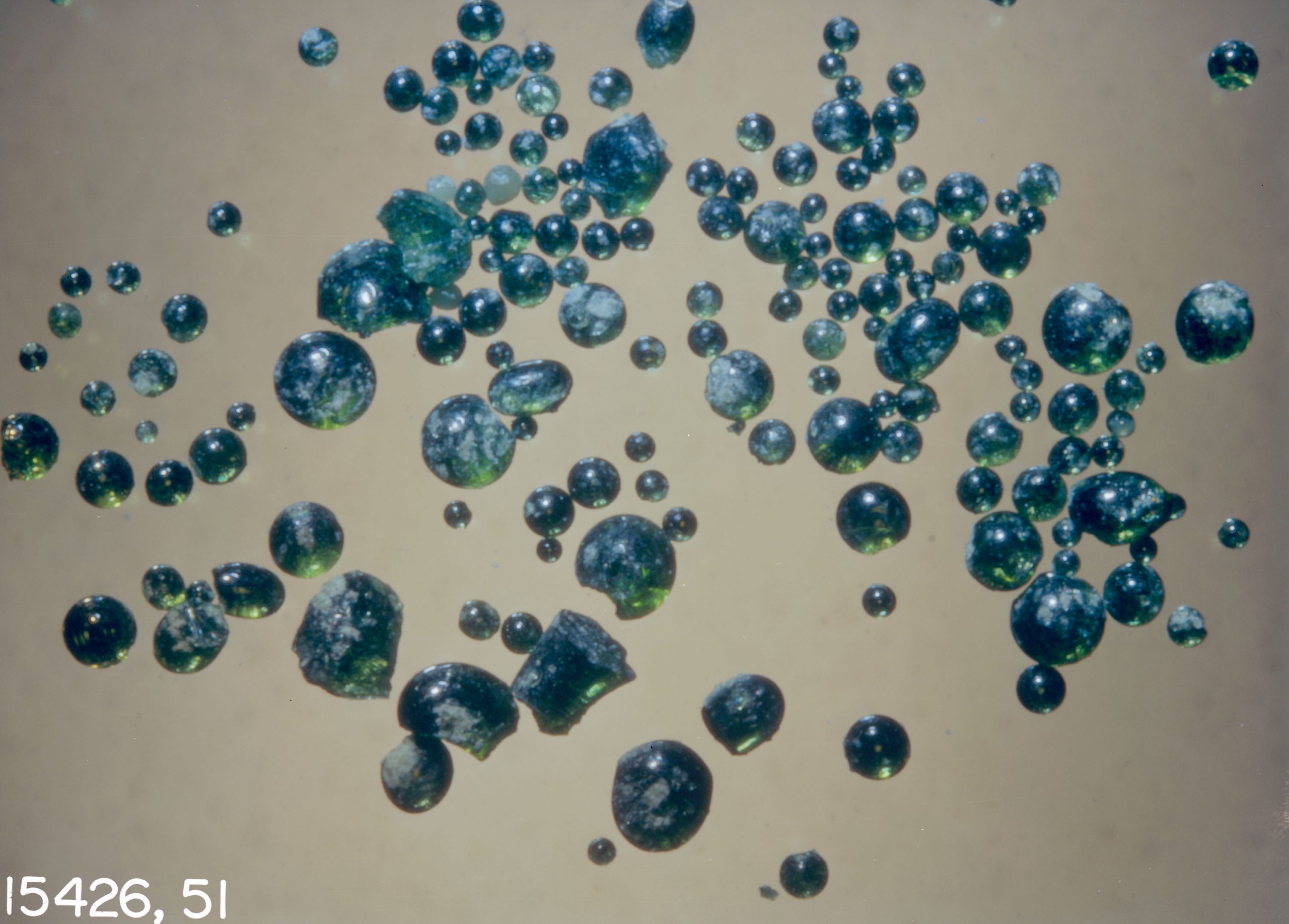 Lunar volcanic samples provide a window into the Moon’s interior, recording information on stages of its evolution such as formation, differentiation, and subsequent volcanism. For example, variations in the sulfur isotopic composition within volcanic samples provide insight into the generation and melting of mantle source regions, melt extraction, and eventual eruption onto the surface. Initial melt compositions are best preserved in individual volcanic glasses and melt inclusions trapped in early-formed olivine crystals rather than bulk lavas. Alberto Saal of Brown University and the late Erik Hauri of the Carnegie Institution for Sciences have provided the first in situ measurements of sulfur isotope ratios in samples from the Apollo 15 and 17 collections using nanoscale secondary ion mass spectrometry.

The results of this work show a positive correlation between sulfur isotopic composition and total sulfur content within each group of samples. This variation is best explained by the process of magmatic degassing, in which volatiles initially dissolved in a magma exsolve into a gas phase and escape during melt transport or eruption. The new sulfur isotope data are consistent with previous work on chlorine and other volatile elements suggestive of magmatic degassing. Notably, the new measurements demonstrate how sulfur isotopes can be affected by igneous processes on the Moon. In particular, they provide new constraints on the prevailing formation model for the Moon, which posits that a giant impactor collided with early Earth, producing the Moon primarily from terrestrial material. After accounting for degassing, the sulfur isotopic compositions of Earth and the Moon are found to be more similar than previously thought. However, a debate remains as to whether they were identical. The new data obtained in this study must be accounted for in future studies examining the Earth-Moon system. READ MORE