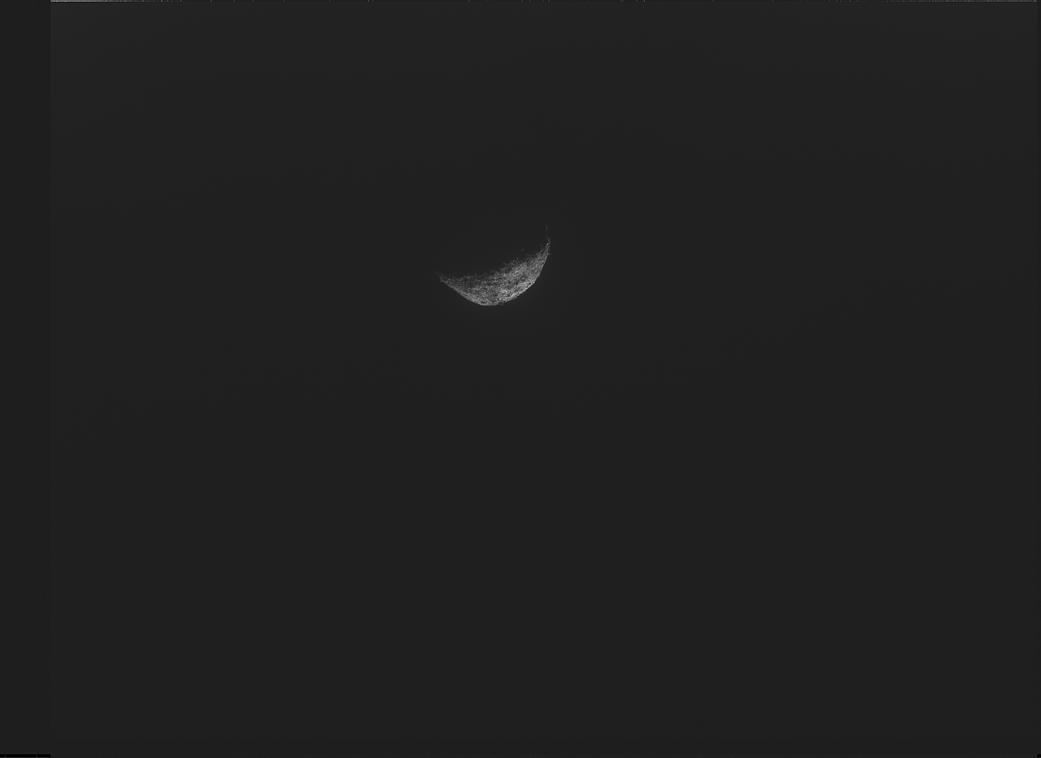 The last image of Bennu, taken by the OSIRIS-Rex spacecraft, shows crescent Bennu with its night side. Credit:  NASA/Goddard/University of Arizona.

NASA’s Origins, Spectral Interpretation, Resource Identification, Security, Regolith Explorer (OSIRIS-REx) spacecraft bid farewell to asteroid Bennu on May 10, 2021, and started its two-year journey back to Earth. OSIRIS-REx is a sample-return mission designed to collect and return samples from a primitive asteroid. The spacecraft was launched on September 8, 2016, and arrived at Bennu on December 3, 2018.

Bennu is a carbonaceous chondrite-like near-Earth asteroid. Asteroids like Bennu accreted materials that formed very early in the solar system’s history and were only minimally altered after their formation. Therefore, materials from Bennu are time capsules, preserving records of the processes that led to the formation and evolution of planets.

After arriving at Bennu, OSIRIS-REx surveyed the asteroid for two years and identified potential sample collection sites. This survey revealed the presence of hydrated minerals (e.g., clays) similar to those found in many carbonaceous chondrite meteorites, confirming the expectation that Bennu is made of very primitive materials. The sample was collected on October 20, 2020, when the spacecraft descended to touch Bennu’s surface. Nitrogen gas was released from the sampling mechanism to fluidize the surface material and collect it. The spacecraft then thrusted away from the surface, and the collected samples were sealed in the sample-return capsule. Having left orbit around Bennu on May 10, the spacecraft will fly by Earth on September 24, 2023, dropping the sample-return capsule into the Utah desert.

The returned samples from this primitive carbonaceous chondrite-like asteroid will be analyzed in state-of-the-art laboratories for their chemical, mineralogical, and isotopic compositions. A majority of the sample will be preserved for future study and will be made available to the scientific community. The analysis of these samples will reveal important clues about the origin of water and organic materials in our solar system that potentially contributed to the origin of life on Earth. READ MORE