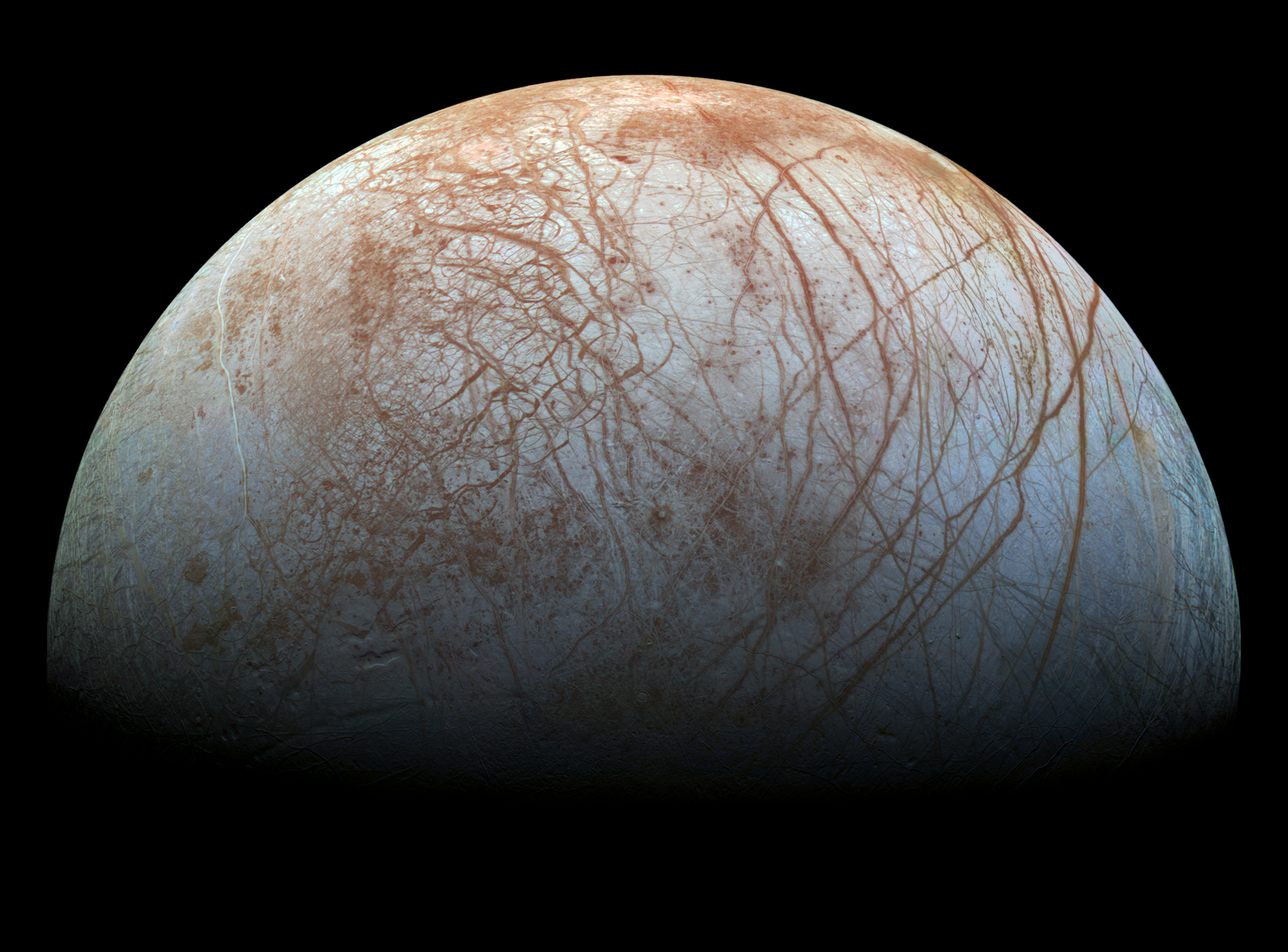 Jupiter’s moon Europa is believed to have a global ocean of salty water underneath an icy crust, making Europa a prime target in the search for extraterrestrial life. The habitability of Europa’s ocean depends mainly on heat sources from the deep interior. Thus, the possibility of volcanic activity on Europa has been an issue of great interest for years. In comparison, another moon of Jupiter, Io, is known for having active volcanoes and expelling volcanic gases and dust. In Europa’s case, any existing magmatic activity from volcanoes would be on the seafloor rather than on the surface.

Marie Běhounková of Charles University (Czech Republic) led an international research team that showed that active volcanoes could exist on the seafloor of Europa using a three-dimensional numerical model of internal heat production and transfer. The research suggests that Europa’s rocky mantle is hot enough to produce silicate melt due to heat from the decay of radioactive elements combined with limited cooling efficiency. The research also suggests that the melting rate is amplified by tidal friction due to variations in the gravitational tugs from Jupiter and the other Galilean satellites. These effects could cause volcanic activity to occur preferentially near the poles of Europa, where tidal heating is maximized. The volcanic activity is expected to directly impact ocean chemistry through volatile release from magmatic degassing and associated hydrothermal activity. Such volcanoes could potentially provide habitable environments on Europa in the same way as hydrothermal vents on the seafloors of Earth. The upcoming Europa Clipper mission by NASA and the JUpiter ICy moons Explorer (JUICE) mission by the European Space Agency may confirm the existence of volcanic activity on Europa through gravity measurements and chemical analyses and constrain habitability for extraterrestrial life on the icy moon. READ MORE