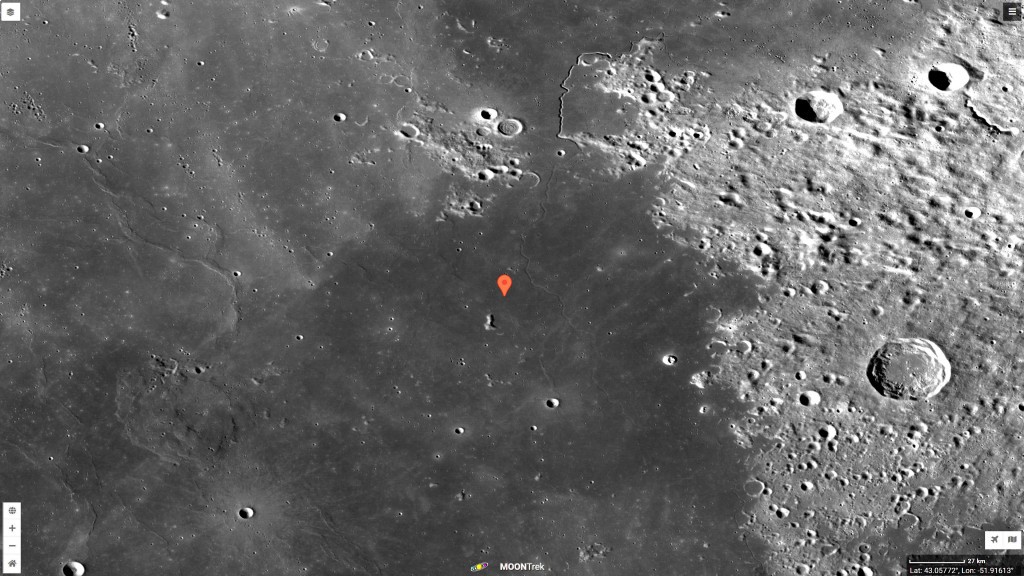 China’s Chang’e-5 mission was sent to collect samples from some of the youngest volcanic units on the Moon and has recently returned such samples to Earth for study. One volcanic feature near the Chang’e-5 landing site in Northern Oceanus Procellarum is the Rima Sharp lava channel, also called a sinuous rille, which meanders for approximately 566 kilometers. It was previously thought to be the longest lava channel on the Moon. Rima Sharp appears to be the main volcanic feature in the region, making it the most probable source of the returned samples. This is the first time that these young volcanic units have been directly sampled, so the returned rock fragments could elucidate how long internal melting and volcanic eruptions continued on the Moon.

A new analysis of the morphology, elevation, and composition of the region around Rima Sharp, based on orbital data, was recently led by Yuqi Qian of the China University of Geosciences. This study shows that the region comprises two lava flows:  Rima Sharp emanates from the north and flows south (320 kilometers), and Rima Mairan emanates from the south and flows north (150 kilometers) where the two meet in the middle. The two lava flows are not easily distinguishable in terms of composition but do appear to differ by several hundred million years in age based on geologic cross-cutting relationships and crater size-frequency distribution measurements. If this interpretation is correct, the samples returned by Chang’e-5 could yield two distinct groups of young ages reflecting two separate melting events from the Rima Sharp and Rima Mairan lava flows, rather than long-duration melting associated solely with Rima Sharp. This research provides a new window into the origin of the Moon’s youngest volcanic eruptions and provides a necessary framework for interpreting the valuable samples returned by the Chang’e-5 mission. READ MORE