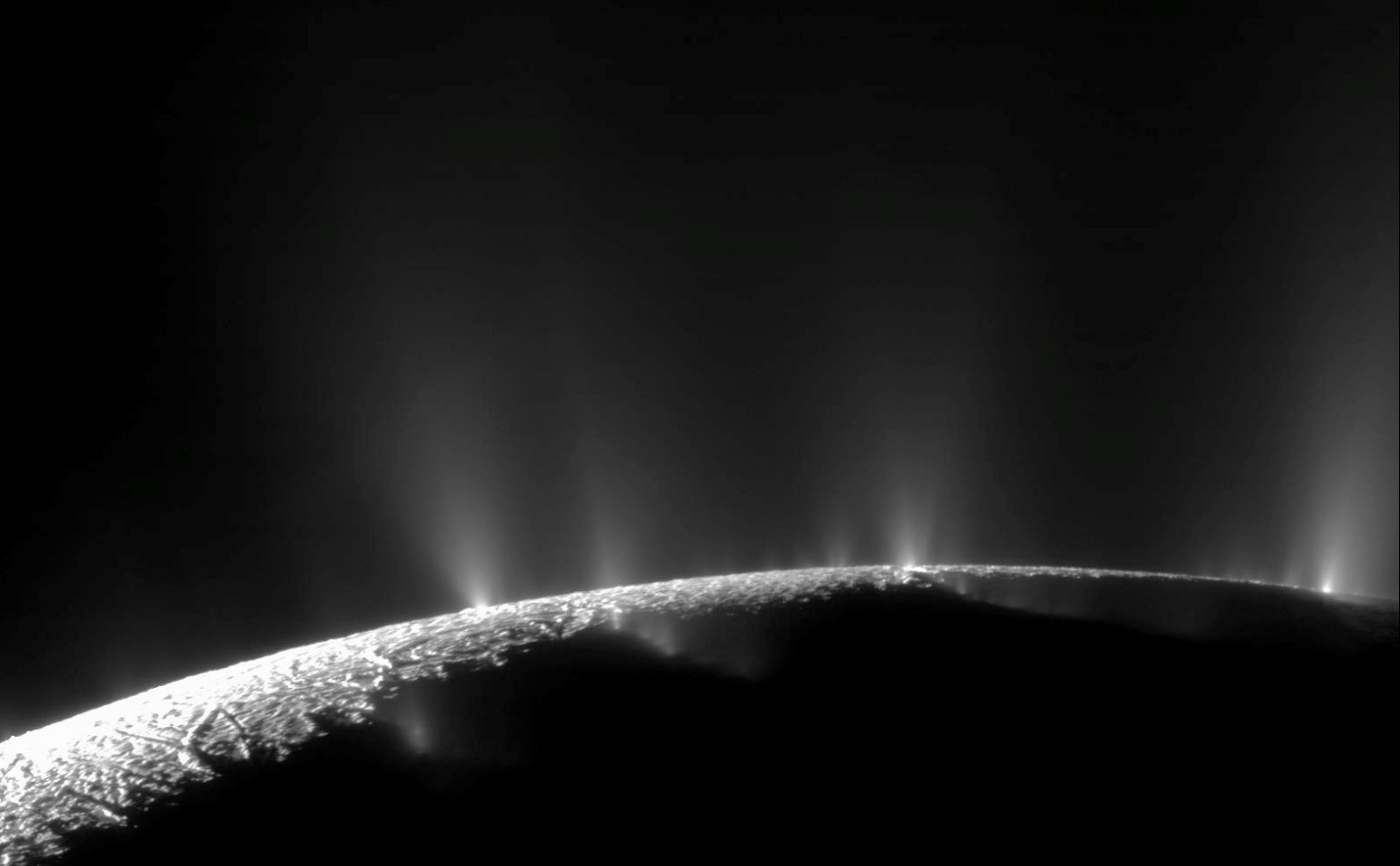 Data from NASA’s Cassini spacecraft showed that Saturn’s small icy moon, Enceladus, has a liquid water ocean below its surface, with a plume of ice grains and water vapor containing organics emanating from its south polar region. These observations make Enceladus a tempting target for missions focused on detecting habitable environments and possible life. Cassini’s detection of molecular hydrogen and methane, in addition to water in the plume vapor, suggests that the plume is caused by hydrothermal vents from the interior of Enceladus. The gases detected in the plume could have been produced either abiotically through serpentinization (alteration) of rocks or biotic methanogenesis. Methanogenesis is an anaerobic respiration metabolism in which archaea use carbon dioxide and molecular hydrogen to produce methane and water.

To help distinguish abiotic versus biotic sources for the methane in the Enceladean plume, Antonin Affholder of the Université Paris Sciences et Lettres and colleagues developed a statistical model to quantify the likelihood that methane is due to biotic methanogenesis. Their integrated model utilized constraints from geochemical, geophysical, and biological parameters to test the probability of each of the hypotheses being correct, specifically asking whether it could quantitatively explain the rates of hydrogen and methane escape from the plume. First, the authors found that serpentinization of the rocky core through abiotic alteration alone cannot sufficiently explain the rate of methane escape. Second, the rates of gas escape also reasonably match those hypothesized for conditions suitable for methanogenesis, including temperature and energy for respiration and maintenance. Finally, even if life does not currently exist on Enceladus, this environment is likely to be habitable. If life does exist on Enceladus, it is probable that biotic methanogenesis is one of the sources of methane escaping via plumes. Understanding habitability in a statistical framework will allow for the assessment of potentially habitable environments in future missions. READ MORE