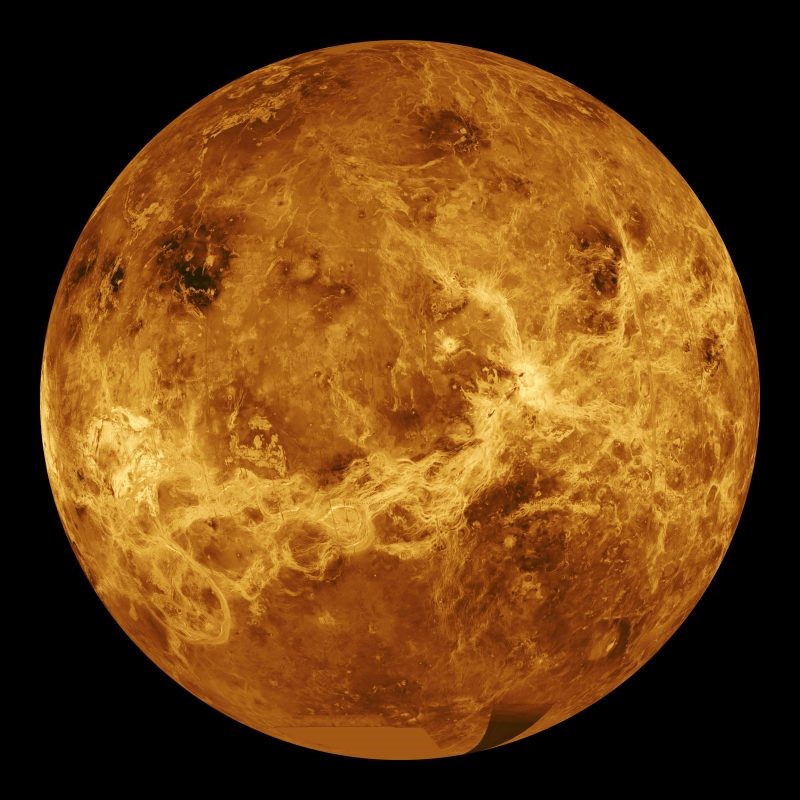 Despite its great similarities to Earth, Venus has not been the subject of a NASA mission since 1994. NASA has now selected two complementary missions to explore our sister planet. Credit:  NASA/JPL-Caltech.

NASA has announced that Earth’s nearest neighbor, Venus, will be the target of two new exploration missions launching between 2028 and 2030:  DAVINCI (Deep Atmosphere Venus Investigation of Noble gases, Chemistry, and Imaging) and VERITAS (Venus Emissivity, Radio Science, InSAR, Topography, and Spectroscopy). As part of NASA’s Discovery Program, these two missions were selected from a competitive slate of four mission concepts. They will be NASA’s first dedicated explorations of Venus since the Magellan mission ended in 1994.

The selected missions offer complementary investigations of Venus’ atmosphere and surface. DAVINCI will focus on the chemical composition of Venus’ atmosphere, using an orbiter to track the motion of clouds and measure the heat emitted from Venus’ surface, as well as an atmospheric probe to sample the atmosphere’s chemistry and measure its temperature, pressure, and wind speed. The probe will also take high-resolution photographs of Venus’ tesserae, rugged, mountainous regions that may represent pieces of ancient venusian continents.

VERITAS will focus on global mapping of Venus’ surface using synthetic aperture radar, which will allow scientists to create three-dimensional reconstructions of the planet’s topography. Visible light and laser altimetry cannot be used to map the surface of Venus from orbit due to its thick atmosphere. The mapping provided by VERITAS will have almost ten times higher resolution than the radar images from Magellan. This will help researchers better understand the planet’s geologic history, and determine if plate tectonics were ever active and if volcanism is active today. VERITAS will also map infrared emission from Venus’ surface, which will allow scientists to map rock types and changes in surface properties such as emissivity.