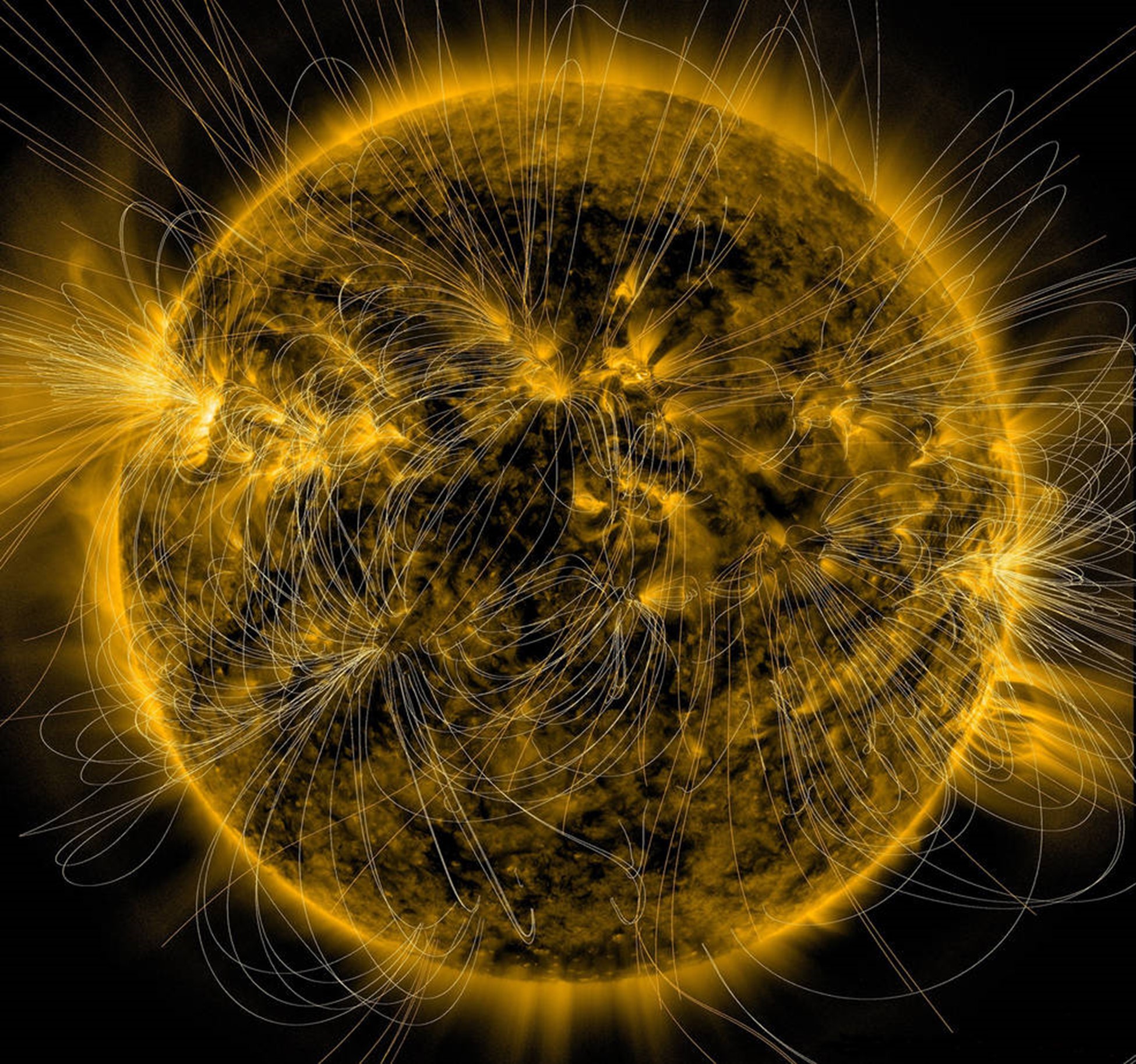 The magnetic field of the early Sun may have driven the processes that resulted in the iron-rich cores of the terrestrial planets. Credit:  NASA/SDO/AIA/LMSAL.

The metallic iron-nickel cores of the terrestrial planets decrease in size relative to the sizes of the planets, with increasing distance from the Sun. Mercury, the planet closest to the Sun, has a core that comprises nearly 75% of its mass. Earth and Venus have cores comprising about 33% of their masses, while Mars has a core of only about 20% of its mass. This same range in the proportion of metal to silicate material appears in chondritic meteorites, with some having high abundances and others having relatively low abundances of metal. The concentrations of metal required to form Mercury or the metal-rich chondrites are too high to be explained by higher solar nebula temperatures near the Sun. Instead, some other physical or chemical process must have enriched iron metal in the inner solar system during its early evolution.

Research by William McDonough of the University of Maryland and Takashi Yoshizaki of Tohoku University (Japan) suggests that this compositional gradient could have been driven by the early Sun’s magnetic field. Their modeling shows that when particles condense from a nebular gas, the iron metal-rich particles are affected by magnetic separation from the silicate particles. This would create an enrichment in magnetic iron metal that would decrease with increasing distance from the Sun as the strength of the solar magnetic field weakened. Planets that formed closer to the Sun would thus be composed of more metal relative to silicate, leading to the observed larger core fractions. McDonough and Yoshizaki estimated the strength of the early Sun’s magnetic field compared to the timescale of planetary accretion. They determined that it was consistent with magnetic measurements taken from chondrites that are thought to have formed at a similar distance from the Sun as the terrestrial planets. Since the presence of a protective magnetosphere around a planet, created by its convecting metallic core, appears to be a prerequisite for habitability, this research could have important implications for the formation and existence of habitable zones in other solar systems. READ MORE