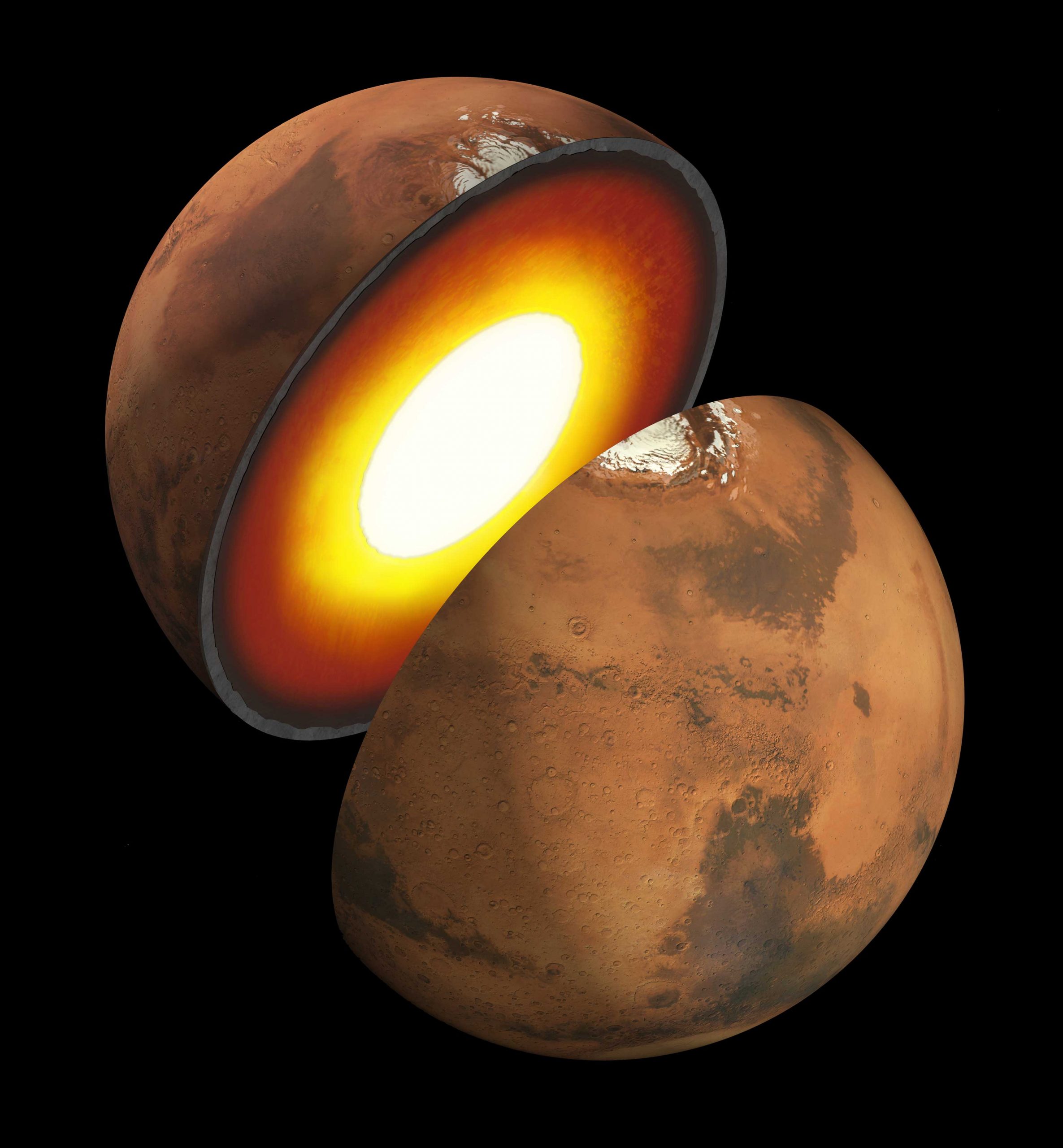 The InSight lander on Mars has detected hundreds of marsquakes, including a few large quakes with strong detections of both P (pressure) and S (shear) waves. Shear waves vibrate perpendicular to their direction of motion like ripples on water, but they do not pass through liquid and pass poorly through partially molten rock. Because the large marsquakes detected by InSight have strong S waves, this implies that their paths through the martian interior encountered little (if any) molten or partially molten rock. To explain this absence, Ana-Catalina Plesa of the German Aerospace Center and colleagues used marsquake data from InSight and extensive computer simulations to place new constraints on the interior structure of Mars beneath Elysium Planitia, where InSight landed.

Plesa and colleagues modeled temperatures inside of Mars for a wide range of possible planetary histories and distributions of heat-producing elements (uranium, thorium, and potassium). They examined the paths of marsquake waves for each scenario. They found that the models that yielded strong S waves at InSight had relatively thick lithospheres (thicker than 400 kilometers) above the martian mantle. Furthermore, they found that the crust, rather than the mantle, contains the majority of Mars’ heat-producing elements. These results are consistent with other data about the thickness of the martian crust and its distribution of heat-producing elements and show how much martian geology and geochemistry can be learned from seismic data.

Unfortunately, the InSight mission is in jeopardy because its solar panels (its only power source) are being coated by dust. InSight now gets only 20% of the power it got upon landing, which might not be enough to survive the next martian winter. The InSight team managed to clean some areas of the solar panels using local sand. However, they need a whirlwind (dust devil) to completely clear the panels and allow InSight to continue listening to marsquakes. READ MORE