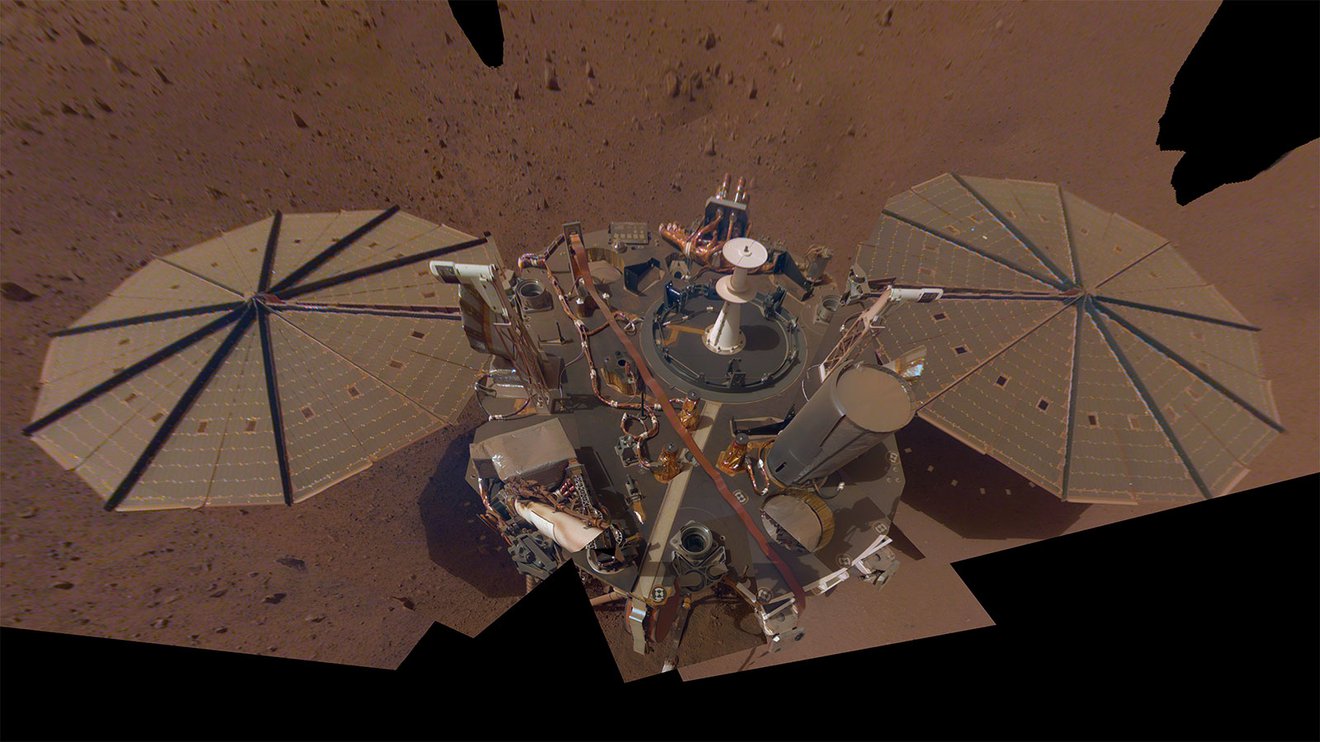 The InSight lander recorded seismic waves that have revealed the thickness of the martian crust and detected its unusually large liquid core. Credit:  NASA/JPL-Caltech.

Seismic observations by the InSight lander have revealed details of the structure of the martian interior, constituting the first seismic exploration of a planet other than Earth and a valuable step towards understanding the formation and evolution of Mars. The Seismic Experiment for Interior Structure (SEIS) instrument on InSight listened for marsquakes over the last two years. Employing seismic interferometric techniques to filter out noise from wind or other non-seismic sources, the InSight team searched for “echoes” from returning seismic waves that had interacted with characteristic features of the martian interior.

Brigitte Knapmeyer-Endrun of the University of Cologne and colleagues found that the martian crust at the InSight landing site is between 20 and 40 kilometers thick and composed of at least two, and possibly three, mineralogically distinct layers. The team extrapolates the global average crustal thickness to be between 24 and 72 kilometers and finds that a thicker crust is more consistent with the hypothesis that the crust contains the majority of the planet’s heat-producing radioactive elements.

Amir Khan of Eidgenössische Technische Hochschule (ETH) Zürich and colleagues found that the martian mantle has a low-velocity seismic zone similar to Earth, but located at a relatively greater depth than Earth’s. The low-velocity zone is the boundary between the convecting mantle and the rigid lithosphere, suggesting Mars has a thicker lithosphere than Earth. Determining its depth provides crucial information on the thermal evolution of the planet.

Simon Stähler of ETH Zürich and colleagues found that the martian core, whose outer part is liquid, is much larger than expected, with a radius of about 1800 kilometers — more than half that of the planet itself. The liquid core blocks seismic waves from passing through the planet, which may explain why InSight detected few marsquakes from the Tharsis region.

Together, these results from InSight provide important new constraints on the differentiation, thermal evolution, and internal and tectonic structure of Mars and will help guide models of planet formation and evolution in general. READ MORE