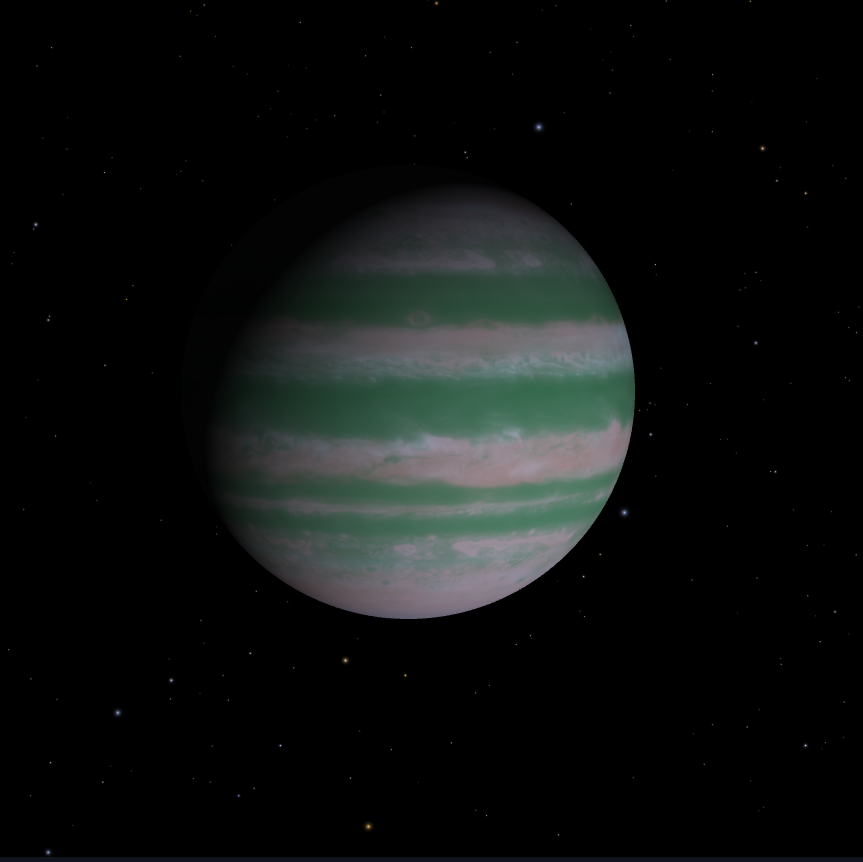 A hypothetical visualization of TYC 8998-760-1 b. Credit:  NASA Exoplanet Catalog.

Isotope variations provide important insights into the origin and evolution of stellar and planetary systems. The carbon isotope ratio in carbon monoxide molecules, 12CO/13CO, is roughly constant across the solar system but can vary on interstellar scales. This carbon isotope ratio can be modified by various fractionation processes, including isotopic ion-exchange reactions, ice/gas isotopologue partitioning, and isotope-selective photodissociation. A new study led by Yapeng Zhang of Leiden University, the Netherlands, reported the detection of 12CO and 13CO in the atmosphere of the young, accreting super-Jupiter Tycho (TYC) 8998-760-1 b, which is the first measurement of isotopes in the atmosphere of an exoplanet.

The exoplanet TYC 8998-760-1 b is 300 light-years away from Earth and orbits a young solar-analog star in the constellation Musca. The team observed the exoplanet using the Spectrograph for INtegral Field Observations in the Near Infrared (SINFONI) on the Very Large Telescope at Cerro Paranal in Chile. The team focused on the detection of 12CO/13CO because the exoplanet spectrum is dominated by molecular features from carbon monoxide. The SINFONI spectra of exoplanet TYC 8998-760-1 b suggest that 13CO in the atmosphere is significantly enriched with respect to the terrestrial standard and the local interstellar value. The team postulates that because the exoplanet orbits its star far beyond the CO snowline, it formed from CO ice that was enriched in 13CO by fractionation, which resulted in its observed 13CO-rich atmosphere. A similar mechanism has been invoked to explain the trend in the deuterium/hydrogen (D/H) ratios of Uranus and Neptune because of a contribution from the accretion of deuterium-rich ices. The analysis of isotopic ratios in exoplanet atmospheres is challenging, but as telescopes improve, future measurements of isotopic ratios of exoplanets can provide a meaningful method by which to study when, where, and how planets are formed. READ MORE