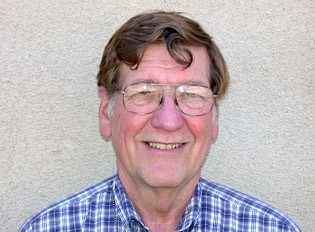 Thomas W. (Tommy) Thompson passed away on Friday, October 8, from a sudden heart attack. Although officially retired from the Jet Propulsion Laboratory (JPL), Thompson had continued to be active professionally in advancing the exploration of Venus and Mars as well as many other professional interests.

Thompson earned a B.S. from Case Institute of Technology (now Case Western Reserve University) in 1958, a master’s in engineering from Yale University in 1959, and a Ph.D. from Cornell University in 1966. His research career began when as a graduate student in electrical engineering at Cornell in the 1960s he was assigned to conduct radar observations of the Moon using the 70-cm radar at the Arecibo Observatory in Puerto Rico. His research continued with a number of other radar investigations, including Apollo Lunar Sounder, Seasat-A, AirSar, and Magellan, and he was involved in the planning of the Voyager project.

Thompson made both scientific and programmatic contributions to the exploration of Venus. In particular, he was involved in the formation of the Venus Exploration Analysis Group (VEXAG) in 2005 and remained closely involved with it up until the time of his death. Along with his Venus involvements, he managed NASA’s involvement in the European Space Agency’s (ESA) Mars Express project for many years and continued to be active with the Mars program at JPL.

In addition to his scientific research, Thompson was a generous person with a warm caring personality and will be greatly missed by all who had the honor of knowing him, whether on a personal or professional level.