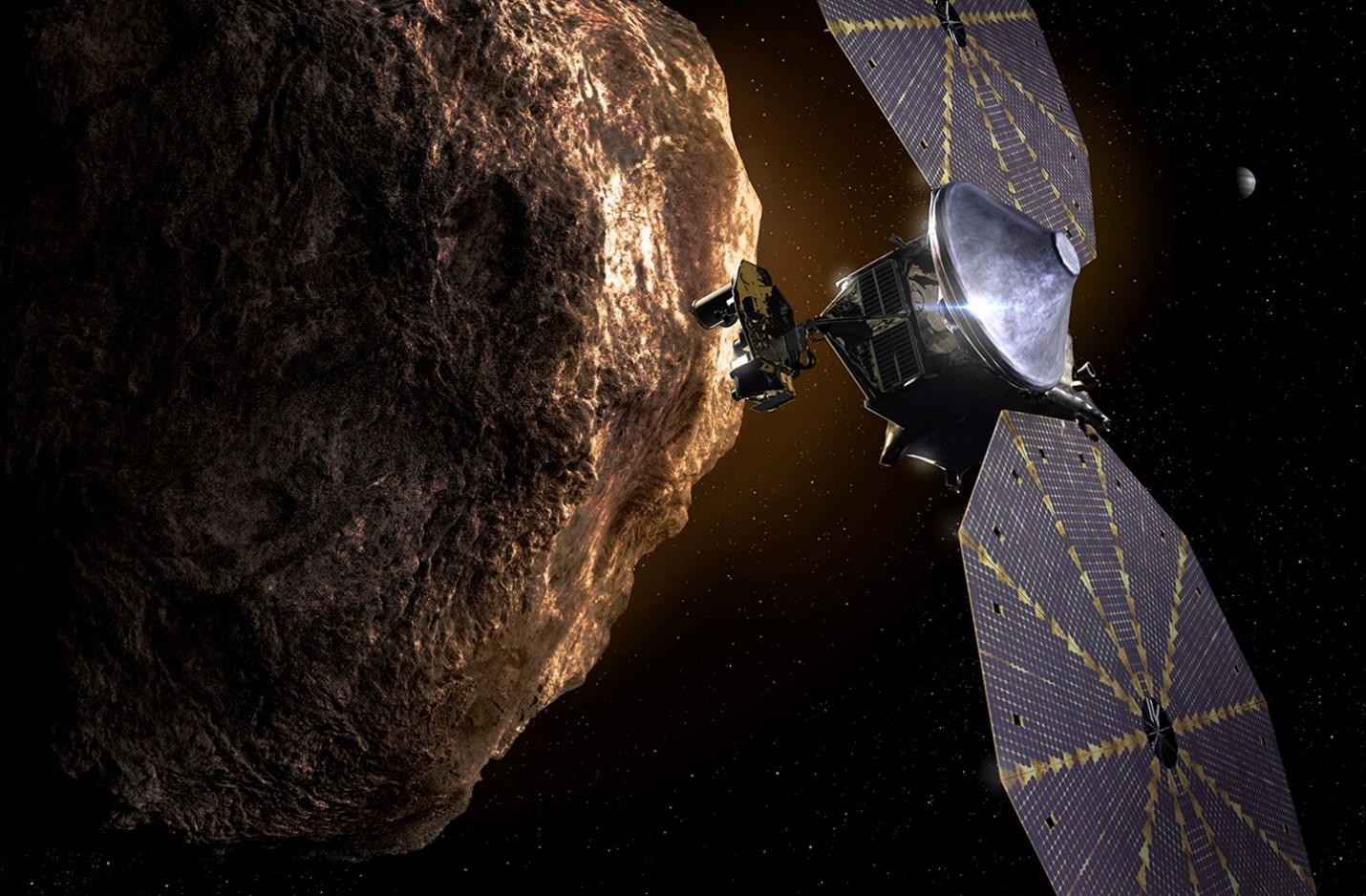 Pending good weather and no problems, the Lucy spacecraft will launch from Cape Canaveral early in the morning on October 16. Lucy was selected in 2014 as NASA’s thirteenth Discovery-class mission and will be the first spacecraft to visit Jupiter’s Trojan asteroids during its 12-year sojourn. The Jupiter Trojans are a diverse population of small bodies that may have formed in a range of locations across the outer solar system. These bodies may have then been scattered inward to their current positions 60° ahead and 60° behind Jupiter in its orbit by gravitational interactions with the giant planets. The Lucy spacecraft will conduct flybys of five bodies in the leading swarm of Jupiter Trojans in 2027–2028, followed by two bodies in the trailing swarm in 2033.

The Jupiter Trojans are hypothesized to have formed under a variety of physical and compositional conditions and exhibit a range of spectral types, albedos, sizes, shapes, rotational periods, and collisional histories. Led by Principal Investigator Hal Levison of the Southwest Research Institute in Boulder, Colorado, the Lucy mission will characterize the diversity of these asteroids. The spacecraft will collect important data during the flybys of each body. Measurements of mass, volume, and density will constrain each body’s bulk properties; the identification of landforms, craters, exposed layering, and mass wasting, etc., will illustrate each body’s geology; and the detection of ices, organics, and hydrated and anhydrous minerals will describe each body’s surface composition. Lucy will also look for satellites, rings, and signs of surface activity.

If the origin proposed for the Jupiter Trojans is correct, these bodies are fossilized remnants of the earliest stages of solar system formation. The Lucy mission may revolutionize our understanding of solar system evolution in the same way that its namesake, the Australopithecus afarensis fossil nicknamed Lucy, revolutionized our understanding of human evolution. READ MORE