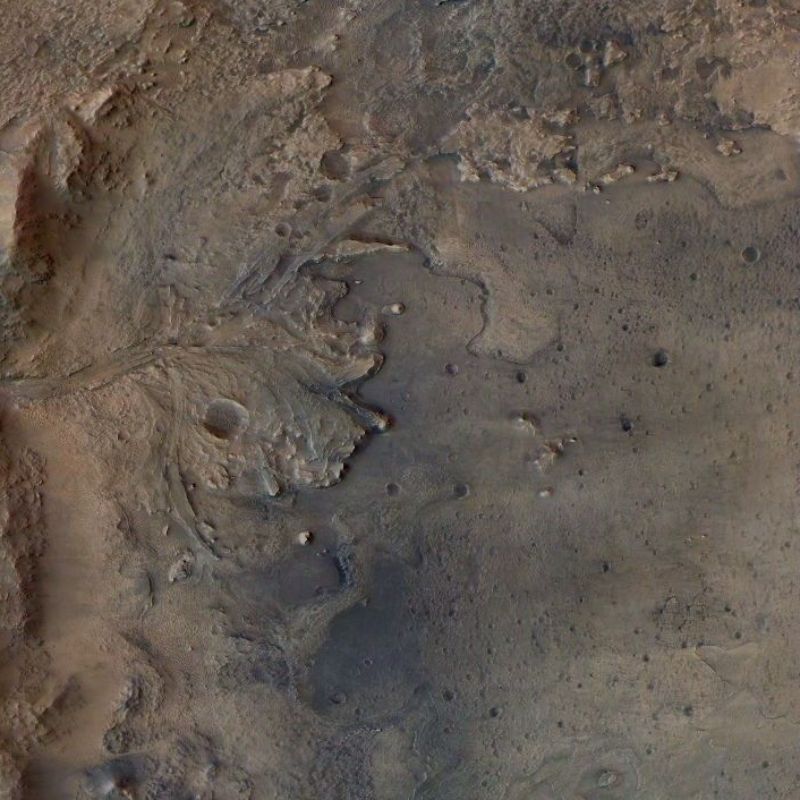 Although previous imaging and spectroscopic observations by Mars-orbiting spacecraft suggested that Jezero Crater was an ancient lake deposit, questions remain regarding its geologic formation and the climatic evolution of the martian environment from its warmer and wetter past to its presently dry state. Since February, the Perseverance rover has mapped and made geochemical measurements in and around its landing site in Jezero with its seven-instrument payload. An international team led by Nicolas Mangold from Université Nantes analyzed high-resolution images from the Mastcam-Z and SuperCam instruments taken during the first three months of the mission to study the detailed sedimentary structures of the local fan deposits.

The team focused on structures in the Kodiak Butte erosional remnant, located about one kilometer south of the main alluvial fan deposit on the western side of Jezero, and fan deposits around the western crater rim. Kodiak Butte shows evidence for sedimentary deposition in a closed lake system that had changing water levels and varying flow styles over time. The depositional environment of the western fan shows angular boulders deposited by higher-energy events. This unit resides between two other units that are composed of fine-grained sediments deposited in a lower-energy environment.

These findings paint a picture of Jezero Crater as an ancient lake environment with low-energy deltas that advanced into the lake along with episodic high-energy flooding events, though the exact mechanism that generated these floods is unknown. These new insights into the formation of sedimentary deposits in Jezero will help us to understand the relationship between the energy of the depositional environment and the sedimentary textures observed in Jezero and Gale Craters on Mars. It will guide the sampling strategy of Perseverance for assessing which samples will be cored, cached, and returned to Earth in the future. READ MORE