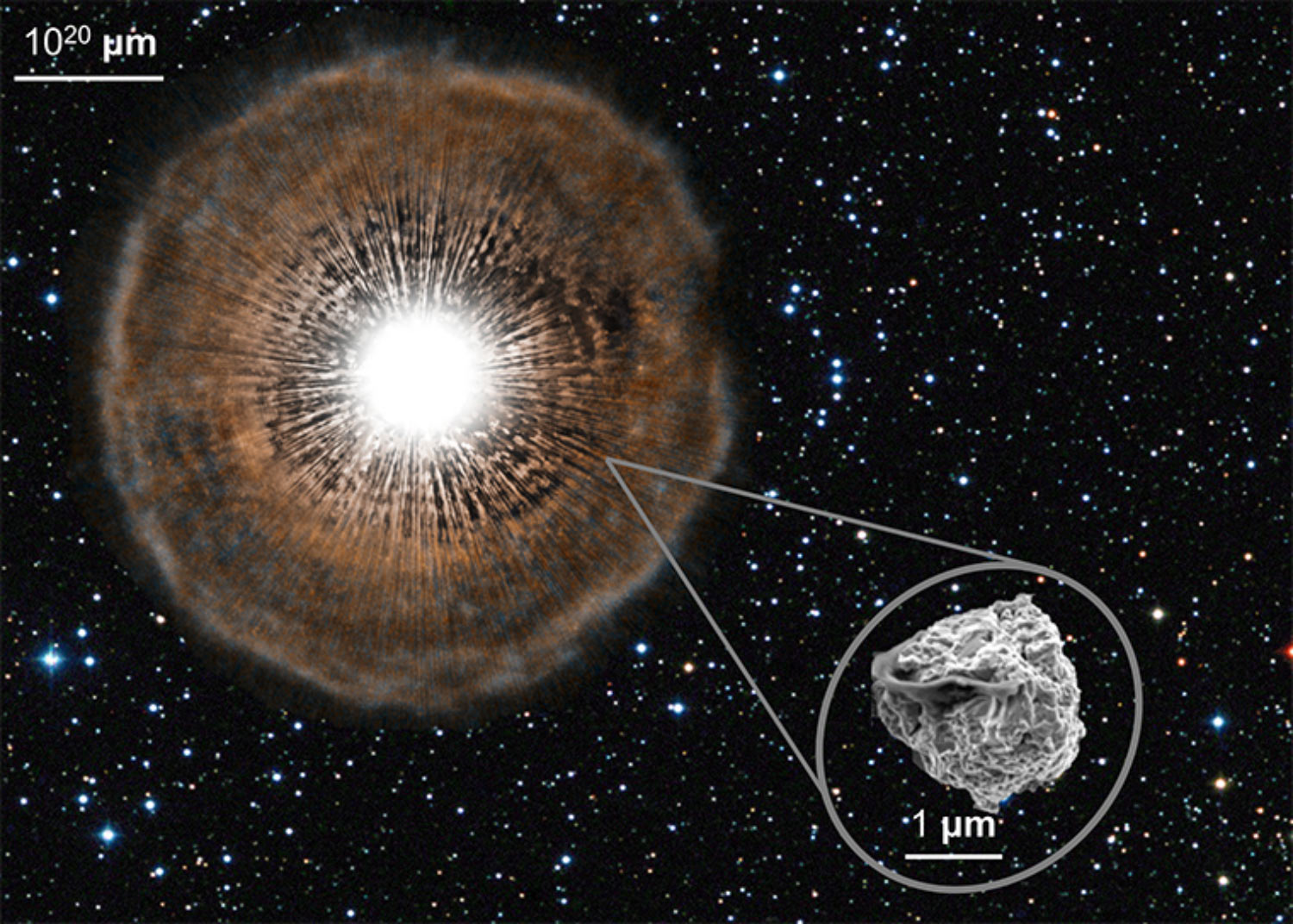 An electron microscope image of a presolar grain extracted from a primitive meteorite. Credit: NASA, Nan Liu, and Andrew Davis.

Presolar grains are small bits of solid interstellar matter that condensed in the outflowing and cooling gases of different types of stars before the formation of our Sun. After traversing interstellar space, some presolar grains were embedded in the materials that became meteorites in our solar system. Most of the presolar grains found in meteorites are carbonaceous materials such as diamond, silicon carbide (SiC), and graphite. Studying the distinctive chemical, isotopic, and physical properties of presolar grains can provide detailed information on nucleosynthesis and stellar evolution for stars other than our Sun.

A research team led by Nan Liu of Washington University in St. Louis examined 85 submicron- to micron-sized presolar SiC grains found within the Murchison carbonaceous chondrite meteorite to determine their isotopic compositions and better understand their stellar origins. Multielemental isotopic data for carbon, nitrogen, silicon, titanium, magnesium, and aluminum in these grains were measured with a NanoSIMS mass spectrometer. This work shows that most presolar grains have a coating of contamination, either terrestrial or derived from the surrounding host meteorite. This contamination must be removed or avoided to obtain intrinsic isotopic data from the presolar grains. In some cases, the high spatial resolution of NanoSIMS images allows the contamination to be avoided. Results suggest that previous data on presolar grains could have included contamination and may not reflect the true isotopic composition of the grains. The new, contamination-free, isotopic data for presolar grains obtained in this work suggest that hydrogen fusion (i.e., nuclear fusion of four protons to form a helium nucleus) occurs in the parent carbon stars of the presolar grains at temperatures higher than previously thought. The new isotopic data will help astrophysicists to construct more accurate models of stellar formation and evolution. READ MORE