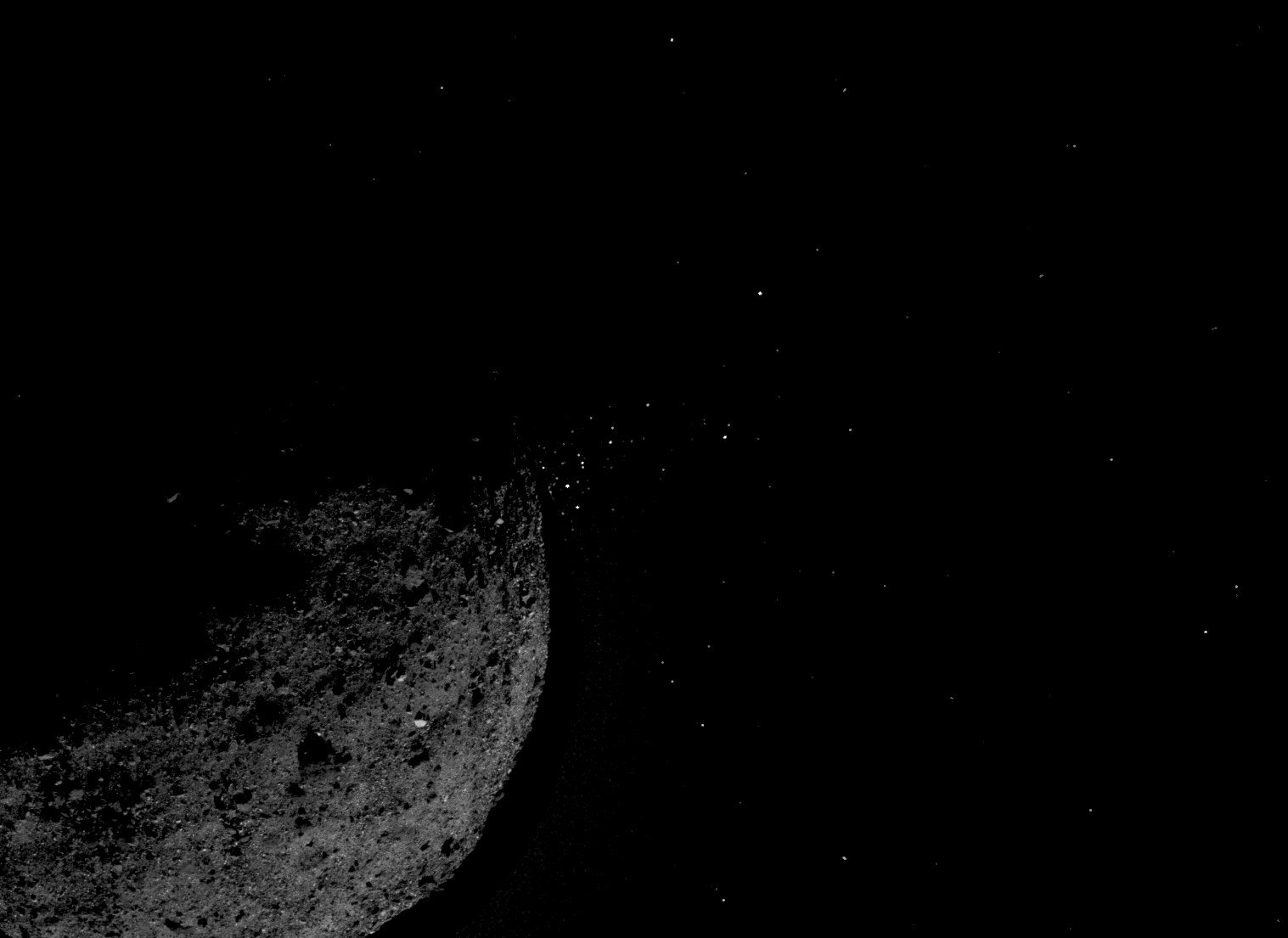 NASA’s Origins Spectral Interpretation Resource Identification Security-Regolith Explorer (OSIRIS-REx) spacecraft spent more than two years orbiting asteroid (101955) Bennu. One of the surprising observations made by the spacecraft was that Bennu releases rock fragments from its surface, ranging in size from sand grains to tennis balls. Possible causes of these events include impacts, thermal fracturing, and mineral dehydration. Approximately 30% of these released fragments escape Bennu’s gravitational pull and enter orbits around the Sun. Because Bennu’s orbit is near Earth’s, some of the rocks released from Bennu could impact Earth, creating a “Bennuid” meteor shower.

Robert Melikyan of the University of Arizona and colleagues simulated the paths traveled by particles ejected from Bennu to determine how many ejected particles would reach Earth and when. In the simulation, Bennu ejects 95 particles per week from 1780 through 2135, with the paths of the particles simulated until 2200. The simulated particles have a range of sizes and ejection speeds. The typical particle is peanut-sized and ejects from Bennu at about 0.5 meters per second. Altogether, approximately 1.8 million particles, equaling 2,057 kilograms of rock, leave Bennu in the simulation and spread out primarily along Bennu’s orbit. Of these 1.8 million particles, a total of 682 impact Earth beginning in 2101. Each year when Earth passes closest to Bennu’s orbit on September 24 and 25, some of the particles will become meteors, with the highest percentage reaching Earth in 2182 (24% of 682, or 161 meteors). Though only a small number of particles reach Earth from Bennu, constituting a weak meteor shower, many more near-Earth asteroids could contribute to meteors reaching Earth. This work offers new insight into assessing the origin and history of specific meteor showers. READ MORE