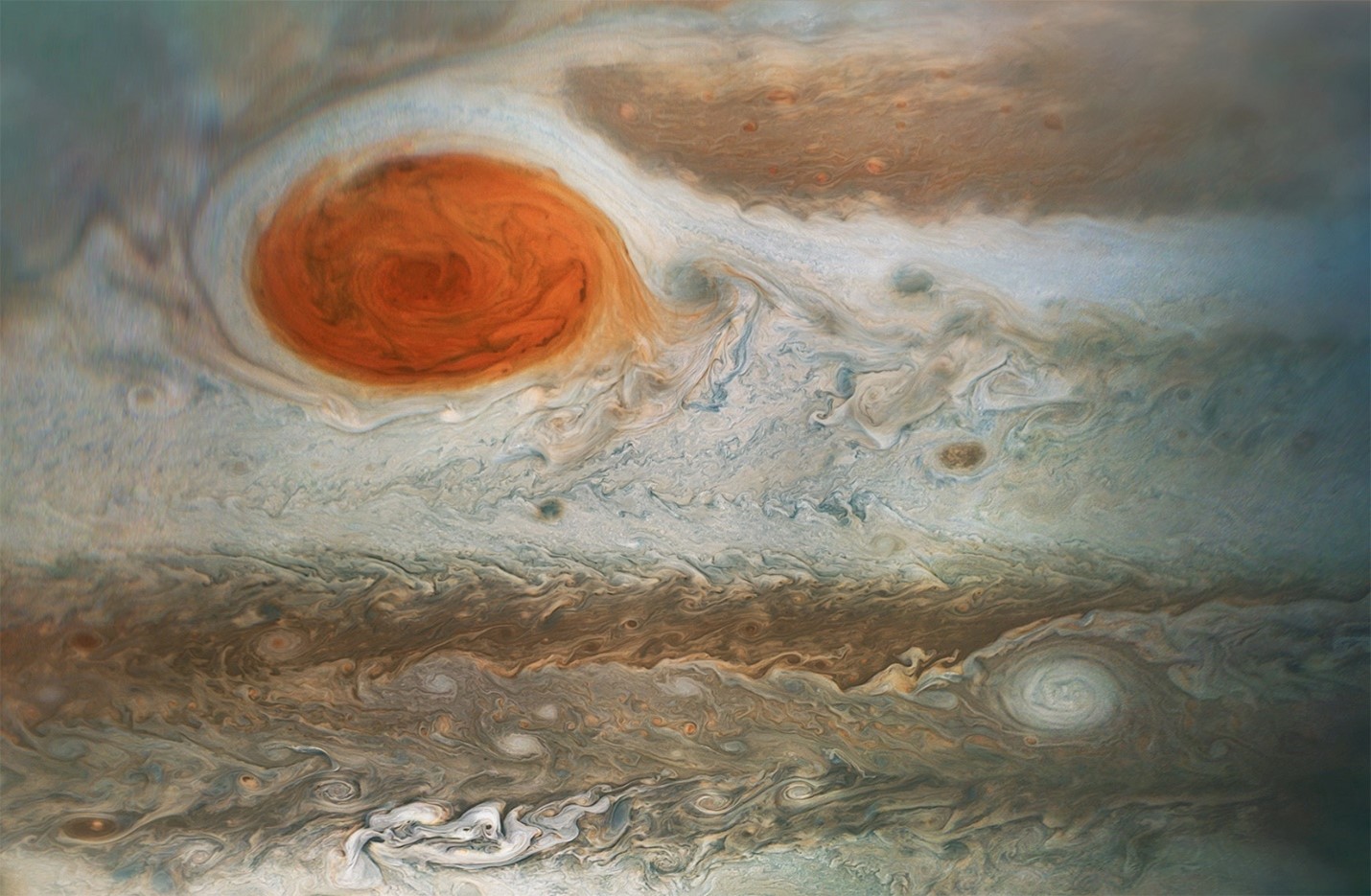 The Great Red Spot (GRS) is a persistent anticyclonic storm in the atmosphere of Jupiter. It is the largest atmospheric vortex in the solar system, spanning 16,000 kilometers longitudinally. While the storm’s breadth is well-constrained, the depth of the GRS is uncertain. Knowing the vertical extent of the GRS may help to explain the extreme size and longevity of this storm.

Marzia Parisi of the Jet Propulsion Laboratory led a team of scientists to measure the depth of winds in the GRS using gravity measurements from the Juno spacecraft. As a spacecraft orbits a planetary body, density variations within that body (and thus variations in the local gravity field) cause small shifts in the spacecraft’s line-of-sight velocity. These shifts are detected in spacecraft communications by NASA’s Deep Space Network on Earth, which can then be used to infer the cause of those variations. Parisi’s team used ten orbits of Juno around Jupiter to characterize Jupiter’s global gravity field and two orbits that passed directly over the GRS to isolate the local gravity anomaly due to the storm.

The team analyzed the GRS gravity signal and found the variations consistent with a GRS depth of 300 to 500 kilometers. These results complement the lower-bound depth estimate from Juno’s Microwave Radiometer instrument of 240 kilometers and indicate that the GRS is deep-rooted, extending far below Jupiter’s cloud base. On Earth, storms are primarily powered by the condensation of water vapor, but the GRS extends deeper than the water condensation level on Jupiter. Thus, it must be drawing its driving energy from deeper within the atmosphere, but the source of this energy is still unknown. Other vortices on Jupiter do not reach such depths, meaning that the GRS is truly an atmospheric phenomenon unlike any other. READ MORE