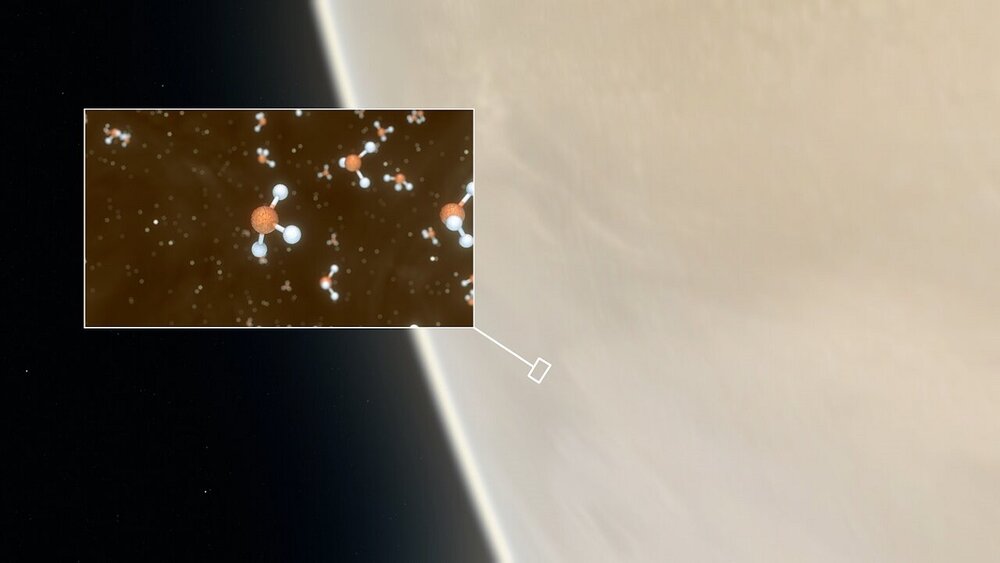 The surface of Venus is inhospitable to life as we know it, but the planet’s thick clouds have been hypothesized to be a potentially habitable environment for Earth-like lifeforms. While the environment in the clouds of Venus includes a range of temperatures and pressures similar to those on Earth’s surface, any such life would have to contend with acidic conditions and a lack of water. Last year, the possibility of life in the clouds of Venus gained traction with the detection of the molecule phosphine in the venusian atmosphere, which is often associated with biological processes on Earth. It was argued that abiotic mechanisms such as volcanism were insufficient to produce the reported phosphine signature. However, subsequent recalibration and reanalysis of ground- and space-based observations have revised the possible phosphine abundance downward. The question remains: if phosphine is present in the clouds of Venus, is it produced biotically or abiotically?

To address this, Ngoc Truong and Jonathan Lunine of Cornell University reevaluated the abiotic production of phosphine through volcanism. Small amounts of phosphides derived from volcanic dust released during explosive eruptions could generate phosphine in a strongly acidic environment by reacting with sulfuric acid in the venusian atmosphere. Using laboratory data and models for phosphide-to-phosphine production, they found that deep-sourced volcanic plumes and subsequent eruptions, perhaps similar to intraplate super volcanic centers such as Yellowstone on Earth, could lead to high, yet plausible, rates of episodic volcanism. Such volcanism could supply sufficient phosphide to produce the observed phosphine abundance in the venusian atmosphere, suggesting that abiotic production mechanisms cannot be ruled out after all. Furthermore, phosphine may be a viable marker for assessing levels of volcanic activity on Venus today, providing impetus for future missions to determine whether phosphine is present. READ MORE