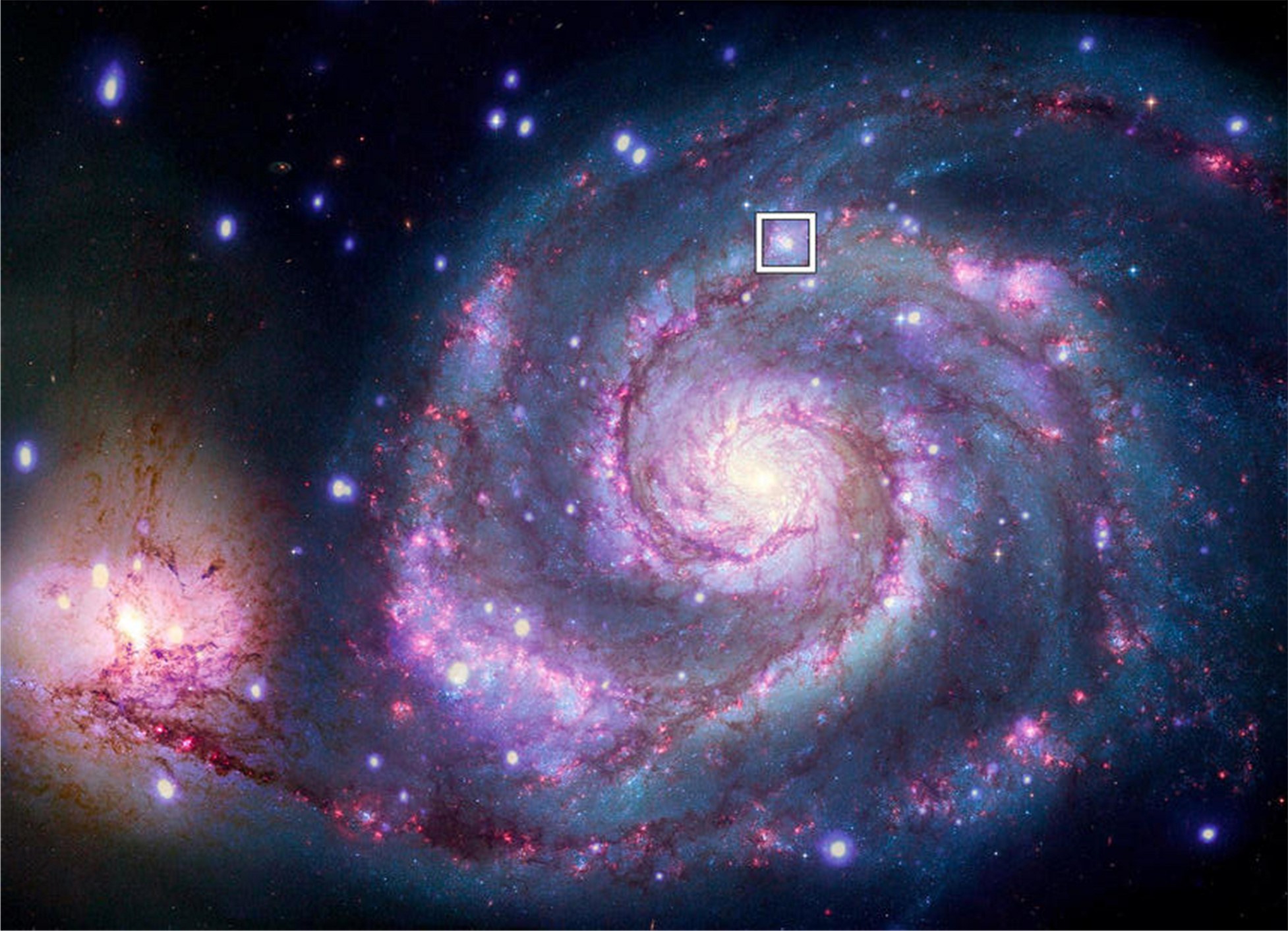 NASA’s Kepler mission and other efforts have shown that planets are ubiquitous in our galaxy. However, finding planets outside the Milky Way is a different challenge. Because the light from many stars in an external galaxy is packed into a tiny area of the sky, it is very difficult to detect the signature of a planet orbiting an individual star. An alternative approach is to use X-ray emissions from a black hole or neutron star in an external galaxy because a planet passing in front of a compact X-ray emitter can produce an eclipse. A short-duration dip in X-ray flux could therefore indicate the presence of a planet in much the same way that a transiting exoplanet blocks the visible light from a star in our galaxy.

A team led by Rosanne Di Stefano of the Center for Astrophysics, Harvard & Smithsonian found a short-duration dip in the emission from an X-ray source in the Whirlpool Galaxy (M51) using NASA’s Chandra X-ray Observatory and the European Space Agency’s XMM-Newton space telescopes. The team first examined the possibility that this X-ray dip was caused by a transiting object other than a planet, for example, a cloud of gas and dust or a brown dwarf. However, these possibilities were eliminated because a typical brown dwarf is too large to explain the features of the X-ray dip, and clouds of gas and dust should produce changes in the X-ray color (total energy at different frequencies), but no change was observed in this case. The data are better fit by a transit model corresponding to a planet roughly the size of Saturn. This work suggests the discovery of the first exoplanet outside of the Milky Way and shows the potential for discovering exoplanets with X-ray space telescopes. The team now plans to search the archives of both Chandra and XMM-Newton to look for additional exoplanet candidates in external galaxies. READ MORE