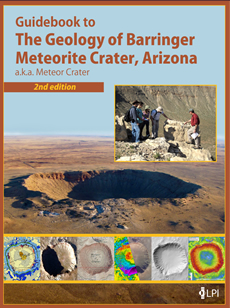 In June 2007, NASA conducted a ground-based laser scan of the crater interior using an Optech ILRIS 3D scanner from the floor of the crater. The scan was implemented over a 5-hour period and locations within the scan were calibrated using reflective targets at known positions. During the same experiment, a scan of a boulder field in the western ejecta blanket was conducted using a Leica HDS3000 laser scanner. The laser data were integrated with a Digital Elevation Map (DEM) produced by a photogrammetric analysis of a QuickBird image that was acquired in October 2006. The data was processed to produce files with decimeter-scale point spacing. Files with 5 and 10 decimeter point spacing are provided for download below.

Gridded Optech scanner data of northwest crater floor at 5 decimeter point spacing with linear filter applied
The scan illustrates the northwest corner of the crater wall, radially-oriented gullies that cross-cut the crater wall, a trail that cross-cuts the gullies, and the relatively smooth crater floor. An aerial image of this portion of the crater is illustrated in Figure 3.1 of the Guidebook to the Geology of Barringer Meteorite Crater, Arizona.

Photographs of the boulders in the western ejecta field are illustrated in Figure 7.2 of the Guidebook to the Geology of Barringer Meteorite Crater, Arizona.

Perspective from the southwestern Crater Rim