The 11th Planetary Crater Consortium (PCC) Meeting, hosted by the Planetary Crater Consortium and managed by the Lunar and Planetary Institute (LPI), was held on August 5–7, 2020. The annual meeting focused on the results of scientiﬁc work and had a total of 185 registrants. Thirty abstracts were accepted in five categories of presentations, and 17 print-only abstracts were accepted in four categories. The five presentation categories were Crater Populations, Surface Ages, and Crater Databases; Crater Morphology and Morphometry; Crater Ejecta and Secondaries; Terrestrial Impacts; and Crater Modiﬁcation and Climate Eﬀects. The print-only presentations were distributed among the categories Crater Morphology and Morphometry; Crater Populations, Surface Ages, and Crater Databases; Laboratory Experiments; and Terrestrial Impacts.

Presentations were given on all three days of the meeting. They included observational, theoretical, experimental, and numerical modeling studies of impact craters on planets, dwarf planets, moons, asteroids, and other small solar system objects. Each presentation had adequate time for an in-depth discussion of crater-related issues and research topics, which stimulated collaborations. There was also social time, which allowed meeting attendees to acquaint and reacquaint themselves with each other. 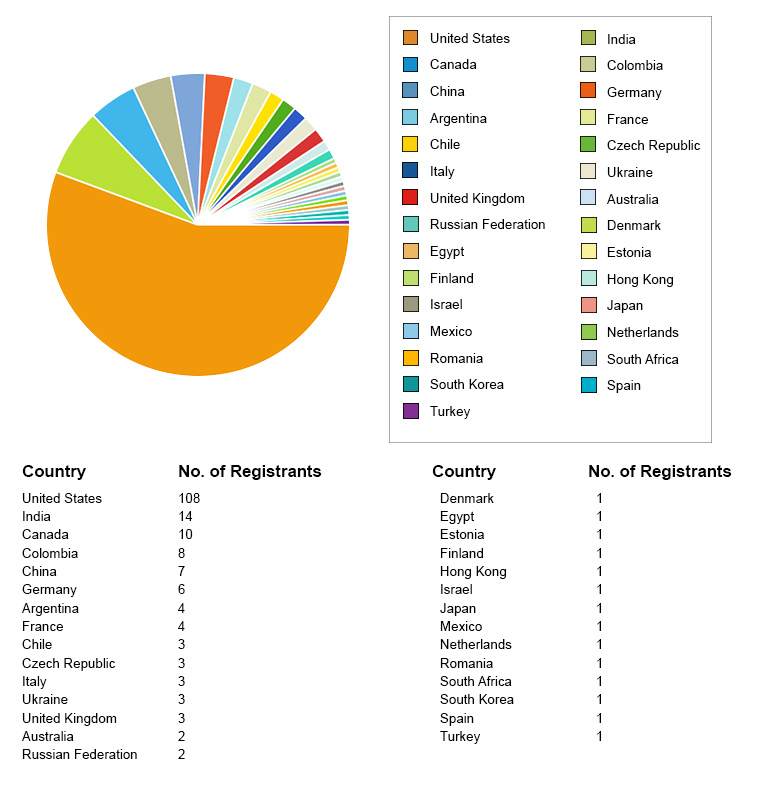 LPI provided the production and hosting of the meeting website (https://www.hou.usra.edu/meetings/crater2020/). The collaboration with LPI boosted attendance by more than a factor of three over attendance from past PCC annual meetings, giving the PCC the beneﬁt of a much larger audience. In addition, the web meeting support staﬀ facilitated a smooth, eﬀortlessly-run meeting. The 11th Planetary Crater Consortium Meeting was a resounding success, and we look forward to the 12th annual meeting in August 2021.