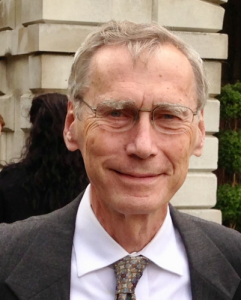 Jay Thor Bergstralh passed away in Williamsburg, Virginia, on February 16, 2019 after a valiant battle with atypical Alzheimer’s disease.

Bergstralh was born on August 23, 1943, in Minneapolis, Minnesota. He graduated from Carleton College in 1965 with a degree in Astronomy and the University of Texas in 1972 with Masters’ and Doctoral degrees in Astronomy. At the University of Texas, he was the first graduate of the Astronomy Department to do thesis work in the field of planetary sciences. In 1972, Bergstralh took a research position at the Jet Propulsion Laboratory (JPL) in southern California. At JPL he conducted original research on the atmospheres of Venus, Jupiter, Saturn, and Uranus and on Jupiter’s satellite, Io, primarily from groundbased astronomy; he also worked on the Voyager mission Photopolarimeter System team.

Bergstralh took on the role of Science Organizing Chair for the first American Astronomical Society’s Division for Planetary Sciences (DPS) meeting in Pasadena, California, in 1978. He also became the first Chair of the DPS from a NASA field center in 1986–1987. In 1988, Jay took a position at NASA Headquarters in Washington, DC. During his tenure there, Bergstralh managed the Planetary Atmospheres research grants program, became the Associate Director for Solar System Exploration, and served as Program Scientist for the Galileo, Cassini, Europa Orbiter, and MESSENGER missions, as well as the Discovery Program.

Following the Voyager flyby, he organized a conference on the Uranus system and was the lead editor of the comprehensive book Uranus, published in 1991 by the University of Arizona Press. Bergstralh concluded his professional career at NASA Langley Research Center, retiring in 2012. Besides his scientific curiosity and public service at NASA, he was a quintessential gentleman and a man of diverse interests and will be greatly missed.