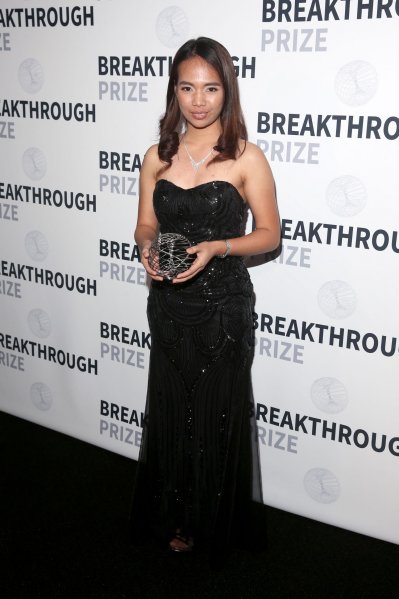 The Breakthrough Junior Challenge is a global science video competition designed to inspire creative thinking about fundamental concepts in the life sciences, physics, and mathematics. In recognition of her winning submission, Hillary Diane Andales receives up to $400,000 in educational prizes, including a scholarship worth up to $250,000, another $50,000 for the science teacher who inspired her, and a state-of-the-art science lab valued at $100,000 designed by and in partnership with Cold Spring Harbor Laboratory.

This was Andales’ second time in the competition, and last year, she was the Top Scorer in the Popular Vote, a segment of the contest that allows the public to vote for their favorites online. As the Top Scorer in the Popular Vote, she won a DNA molecular biology laboratory as her school recovered from damage by Typhoon Haiyan in 2013. This year, her overall victory in the competition will secure for her school a Fabrication/Physics/Design/Innovation Lab.

More than 11,000 entries from 178 countries were received in the 2017 installment of the global competition, which kicked off on September 1, 2017. The Breakthrough Junior Challenge is funded by Mark Zuckerberg and Priscilla Chan, and Yuri and Julia Milner, through the Breakthrough Prize Foundation, based on a grant from Mark Zuckerberg’s fund at the Silicon Valley Community Foundation and a grant from the Milner Global Foundation.