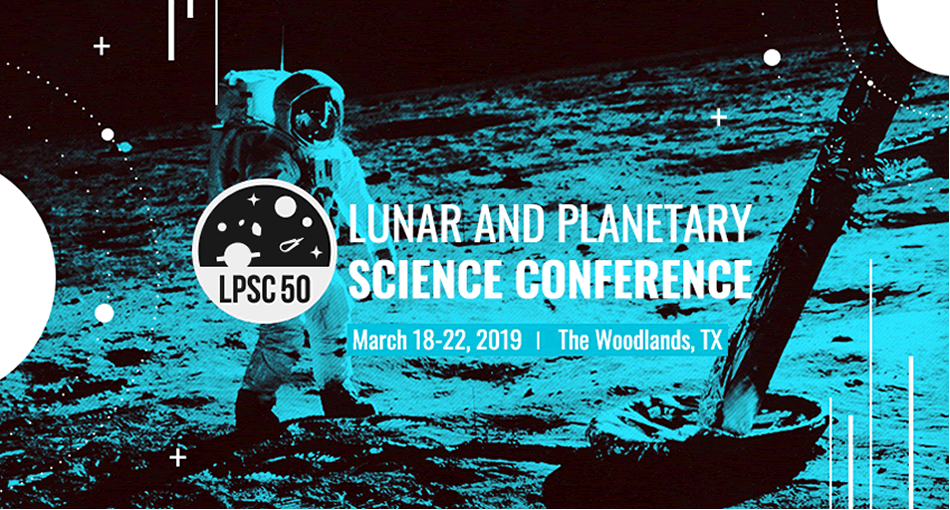 The 50th Lunar and Planetary Science Conference (LPSC) was held in March at The Woodlands Waterway Marriott Hotel and Convention Center in The Woodlands, Texas, and was co-chaired by Louise Prockter (Lunar and Planetary Institute) and Eileen Stansbery (NASA Johnson Space Center). Attendance was the highest in the history of the conference, with 2095 attendees from 38 countries. Submitted abstract numbers were also at the highest ever received for this conference, with 2282 abstracts submitted from 40 countries. LPSC continues to be accessible and important to young scientists, with student participation at approximately 30% of total attendance. Meeting organization was provided by the Lunar and Planetary Institute.

LPSC began with Sunday evening registration and a very successful welcome event that kicked off the commemoration of the 50th anniversary of the conference. Beginning on Monday morning, the conference featured four-and-a-half days of sessions, including the following topics:

The complete program and abstracts are available at https://www.hou.usra.edu/meetings/lpsc2019/pdf/lpsc2019_program.htm. 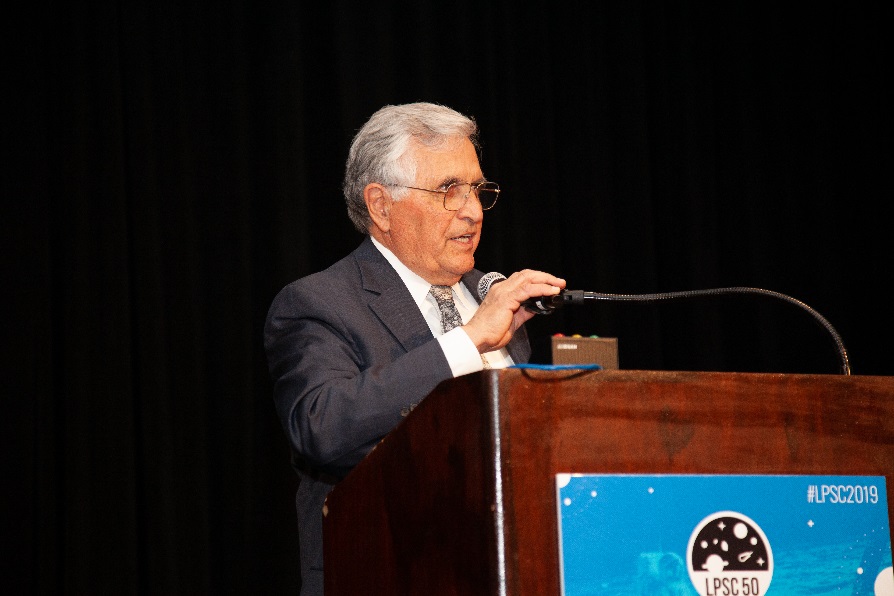 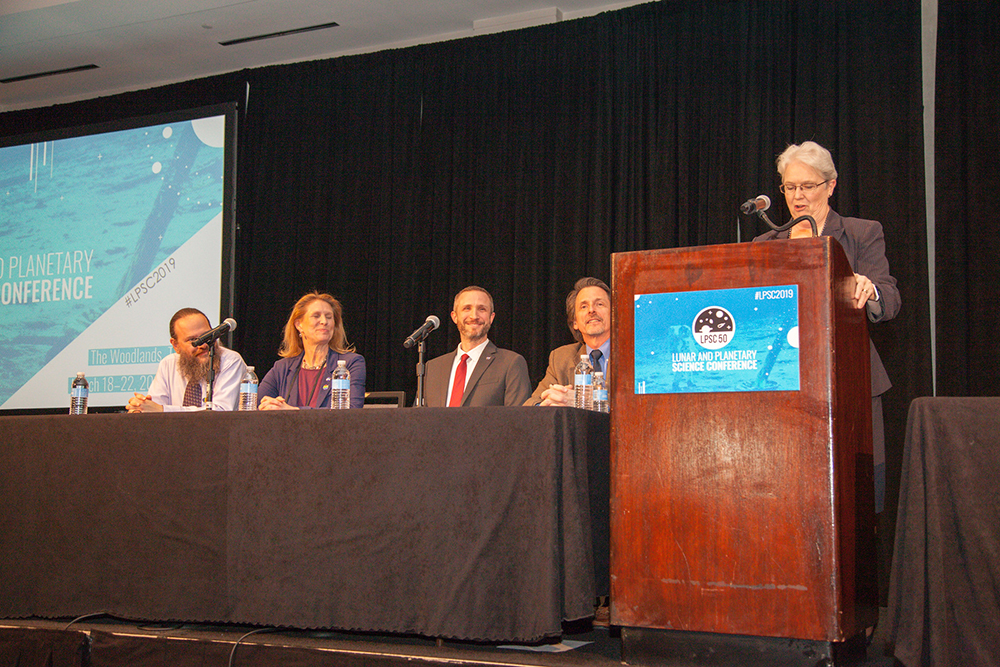 Poster sessions held on Tuesday and Thursday evening included the same topics covered in the oral sessions, as well as topics in education and public outreach. The poster sessions offered an opportunity for participants to network and share science as well as check out the numerous exhibitors at this year’s conference. 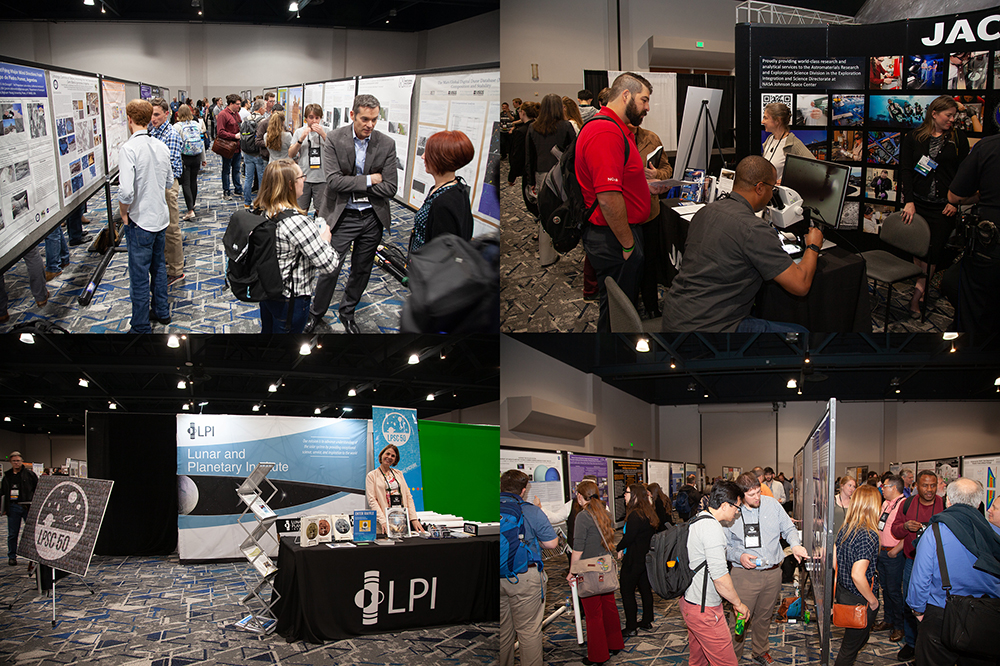 Fun at the poster sessions!

In addition to the oral sessions, there were many peripheral meetings and activities held during the week, including an educational engagement opportunity (Lunar Palooza), featured panelists at the annual Susan Niebur Women’s Networking Event, “Walk on the Moon” lunar floor map, and a Mars Exploration Rover tribute session.

Once again, the conference engaged LPSC Microbloggers to use social media to provide real-time coverage of the science presented during the sessions. Combined with a Twitter feed on the meeting website, this coverage allowed participants to know what was going on in the sessions they were unable to attend and also provided information for those in other parts of the world who were not able to make it to the meeting.

Plans are already underway for the 51st LPSC, which is scheduled for March 16–20, 2020. Details will be made available on the meeting website soon. 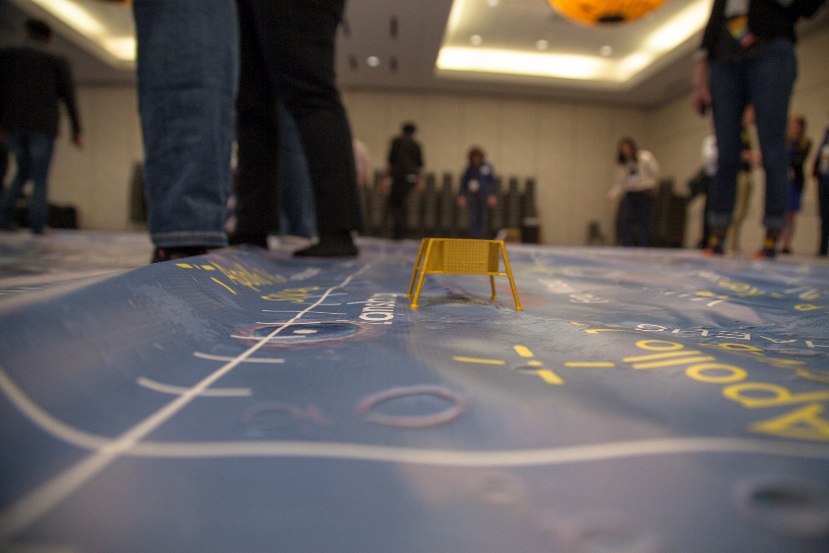 Walk on the Moon lunar map. 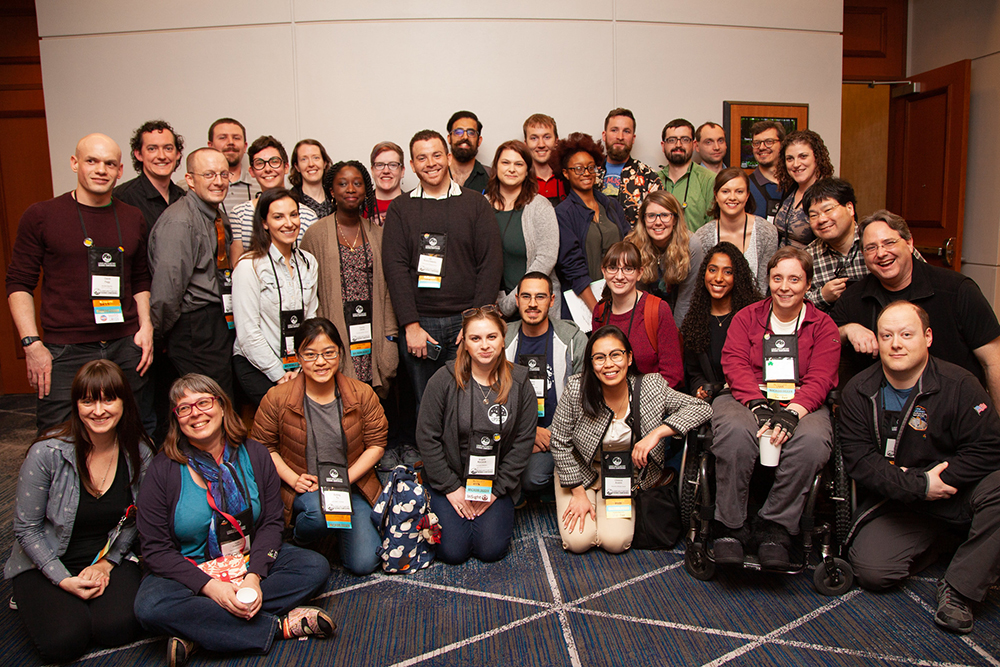