The Division for Planetary Sciences (DPS) of the American Astronomical Society (AAS) has named its prize winners for 2021.

“We are delighted to honor the outstanding contributions of these scientists and science communicators to the field, which span an incredible breadth of topics ranging across the solar system,” said Professor Amy Mainzer, Chair of the DPS. The 2021 DPS prizes were presented at the 53rd annual meeting of the Division for Planetary Sciences (October 3–8, 2021). 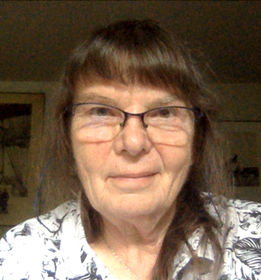 The DPS awards the 2021 Gerard P. Kuiper Prize for outstanding contributions to the field of planetary science to Dr. Therese Encrenaz (French National Center for Scientific Research emeritus scientist, Paris Observatory, Paris Sciences and Letters University) in recognition of her advancement of our understanding of planetary atmospheres through her pioneering techniques, as well as for enabling groundbreaking research through her leadership roles over four decades, primarily at Paris Observatory’s Laboratory for Space Science and Astrophysical Instrumentation (LESIA). Encrenaz’s innovative observation methods, using instruments such as the Texas Echelon Cross Echelle Spectrograph (TEXES) and NASA Infrared Telescope Facility (IRTF), led to the mapping of hydrogen peroxide and its seasonal variability in the martian atmosphere. Along with her study of the spatial and seasonal variation of water, these discoveries led to a deeper understanding of martian atmospheric chemistry. She advanced venusian atmospheric science by monitoring and analyzing the variation in the abundance of water and sulfur dioxide in the cloud tops. In addition to her research, Encrenaz has performed leadership roles in several space missions, including as mission scientist for the Infrared Space Observatory and as co-investigator on missions such as Vega, Galileo, Mars Express, Venus Express, and Rosetta. She has widely disseminated planetary science to the public by authoring over 20 popular science books. 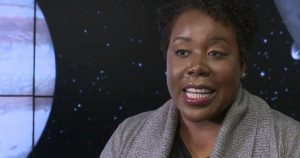 The 2021 Harold C. Urey Prize for outstanding achievement in planetary research by an early-career scientist is awarded to Dr. Lynnae C. Quick (NASA Goddard Space Flight Center). Quick’s innovative scientific work focuses on geophysical processes writ large, reaching from the inner solar system, through the asteroid belt, to ocean worlds, and into the exoplanetary realm. She has revisited modeling of (cryo)lava domes on Venus and Europa, was the first to model the formation of Ceres’ “bright spots” via the transport of material from a deep brine reservoir to the surface, has repeatedly provided new insights into plumes on Jupiter’s moon Europa, and shed light on the abundance of extrasolar ocean worlds. In addition to her scientific pursuits, Quick is exceptionally engaged in the broader research community through her proactive leadership as a co-investigator on several space missions, as a member of the Outer Planets Assessment Group steering committee, the Planetary Science Decadal Survey 2023–2032 panel on ocean worlds and dwarf planets, and the National Society of Black Physicists. Quick’s advocacy work to diversify the field is particularly notable. She has mentored many early-career planetary scientists and is leading the Dragonfly Student and Early Career Investigator Program. Every aspect of Quick’s career represents a positive outlook for the future of the scientific community. 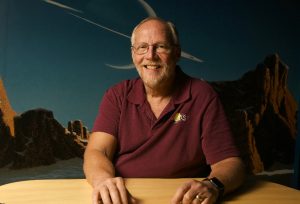 The 2021 Harold Masursky Award for meritorious service to planetary science goes to Dr. Mark Showalter (SETI Institute). Showalter’s service to the community has centered around his 30 years as principal investigator of the Planetary Data System Ring-Moon Systems Node. In this role, Showalter has gone above and beyond simply archiving ring data to providing invaluable search and ephemeris tools that assist the planetary science community as a whole. He has set up graphical tools for observation and proposal planning and produced the original design and much of the initial implementation of the Outer Planets Unified Search tool, which supports more than 1.5 million outer planet system observations. 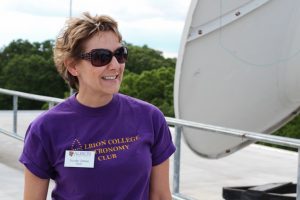 This year, the DPS awards two Carl Sagan Medals for excellence in public communication. One goes to Dr. Nicolle Zellner (Albion College) for her effective and wide-ranging outreach activities that have reached diverse audiences for more than 20 years. Zellner has spoken to thousands of people around the country and has reached millions more through her written articles, television appearances, radio interviews, and more. She uses every opportunity to convey her passion and enthusiasm for space science to audiences of all ages, often bringing these topics to audiences who might otherwise not seek them out. She regularly offers public observing nights at Albion College and encourages college and community members to look up, especially during worldwide events like the annual International Observe the Moon Night, the 2012 Venus transit, and the 2017 Great American Solar Eclipse. Zellner co-founded the public observing program at Rensselaer Polytechnic Institute, is a member of one of the first classes of NASA’s Solar System Ambassadors, and is also a member of the Astronomy in Chile Educator Ambassadors Program. 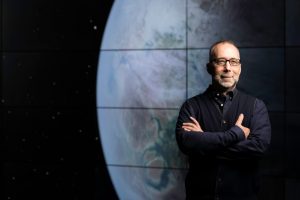 Also receiving the Carl Sagan Medal is Dr. Adam Frank (University of Rochester), for founding continuously sustained efforts and solid platforms from which science can be distributed to the public in an accessible form. He was the co-founder of the National Public Radio 13.7 blog, a frequent contributor to the New York Times, and the creator of the Coursera course “Confronting the Big Questions: Highlights of Modern Astronomy.” The 13.7 Cosmos and Culture blog was a highly trafficked science blog with yearly visits exceeding 13 million. Frank has also been a regular on-air commentator for NPR’s news show “All Things Considered.” Frank contributes to other publications like The Washington Post, The Atlantic, and Scientific American and has authored four popular books arguing for the beauty of science and against science denial. He was also a science advisor for Marvel’s “Doctor Strange” and has appeared on numerous science documentaries such as Netflix’s “Alien Worlds.” 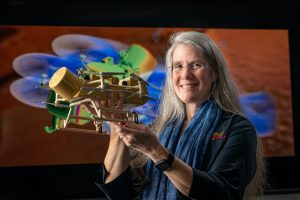 The DPS is pleased to award the inaugural Claudia J. Alexander Prize recognizing outstanding contributions by a mid-career scientist to Dr. Elizabeth Turtle (Johns Hopkins University Applied Physics Laboratory). Turtle’s research contributions to understanding geophysical features on planetary surfaces and the processes that drive them span the solar system. She played an integral role in analyzing and interpreting countless images from the Galileo and Cassini missions, building an intimate understanding of the mechanisms that shape the surfaces of satellites such as Io, Europa, and Titan. One of her most heavily cited papers, “Rapid and Extensive Surface Changes Near Titan’s Equator: Evidence of April Showers” (Science, 2011), demonstrates her creative approach of synthesizing data from three instruments on Cassini to tell a captivating story about an infrequent rain shower in Titan’s equatorial region. It is also clear that Turtle’s impact on planetary science will only grow. She currently leads two major projects slated to broaden humanity’s understanding of the habitability and potential for life on two of the most enchanting ocean worlds in our solar system: the Europa Imaging System (EIS) on Europa Clipper and the New Frontiers Dragonfly mission to Titan. Turtle exemplifies leadership in the field by any metric and is extremely dedicated to public outreach and engagement well beyond the scientific community. 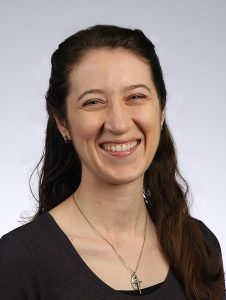 The Jonathan Eberhart Planetary Science Journalism Award for distinguished popular writing goes to Camille Carlisle for her article “Rugged Worlds” in the May 2020 issue of Sky & Telescope. In this thoroughly researched article, Carlisle provides a riveting account of the surprising discoveries and challenges the OSIRIS-REx and Hayabusa2 spacecraft encountered during their visits to asteroids Bennu and Ryugu, respectively. She compares and contrasts the two missions, provides an overview of their contributions to asteroid science, and addresses the new questions raised by the findings. Her writing brings the excitement of planetary science to the general public. The article is a wonderful contribution to the field. It will undoubtedly increase public interest in the two space missions and more widely in solar system exploration.