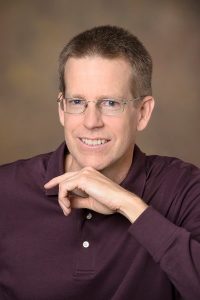 Adam Showman, a Professor of Planetary Sciences at the University of Arizona’s Lunar and Planetary Laboratory, passed away suddenly on March 16, 2020. Showman had a wide range of interests and expertise. Most notably he was an expert in both the atmospheres and interiors of planets. His atmospheric work concentrated on giant gaseous planets like Jupiter, Saturn, and many of the extrasolar planets that have been discovered, while most of his work on interiors dealt with the icy satellites that orbit the solar system’s giant planets.

Showman was born in 1968, and received his B.S. in Physics from Stanford in 1991 and his Ph.D. in Planetary Sciences from the California Institute of Technology in 1999. He joined the staff of the Lunar and Planetary Laboratory at the University of Arizona in 2001 as an assistant professor. Showman was named full professor in 2012, and in 2018 he was named a Galileo Circle Fellow, one of the highest honors for faculty in the University of Arizona’s College of Science.

During his career, Showman directly advised eleven graduate students and mentored many more across the disciplines of planetary science, atmospheric sciences, and geosciences. He was a renowned teacher who enjoyed explaining to his students the complicated details of planetary physics and hammering out ideas to solve research problems. He developed eight different courses in the planetary sciences, including two completely new graduate courses, and his early pioneering research on the atmospheric dynamics of exoplanets has been the paradigm of hot gas giant atmospheric circulation models ever since. Showman also made notable contributions to our understanding of atmospheric circulation in the four giant planets in our own solar system and of the geophysics of the Galilean satellites.