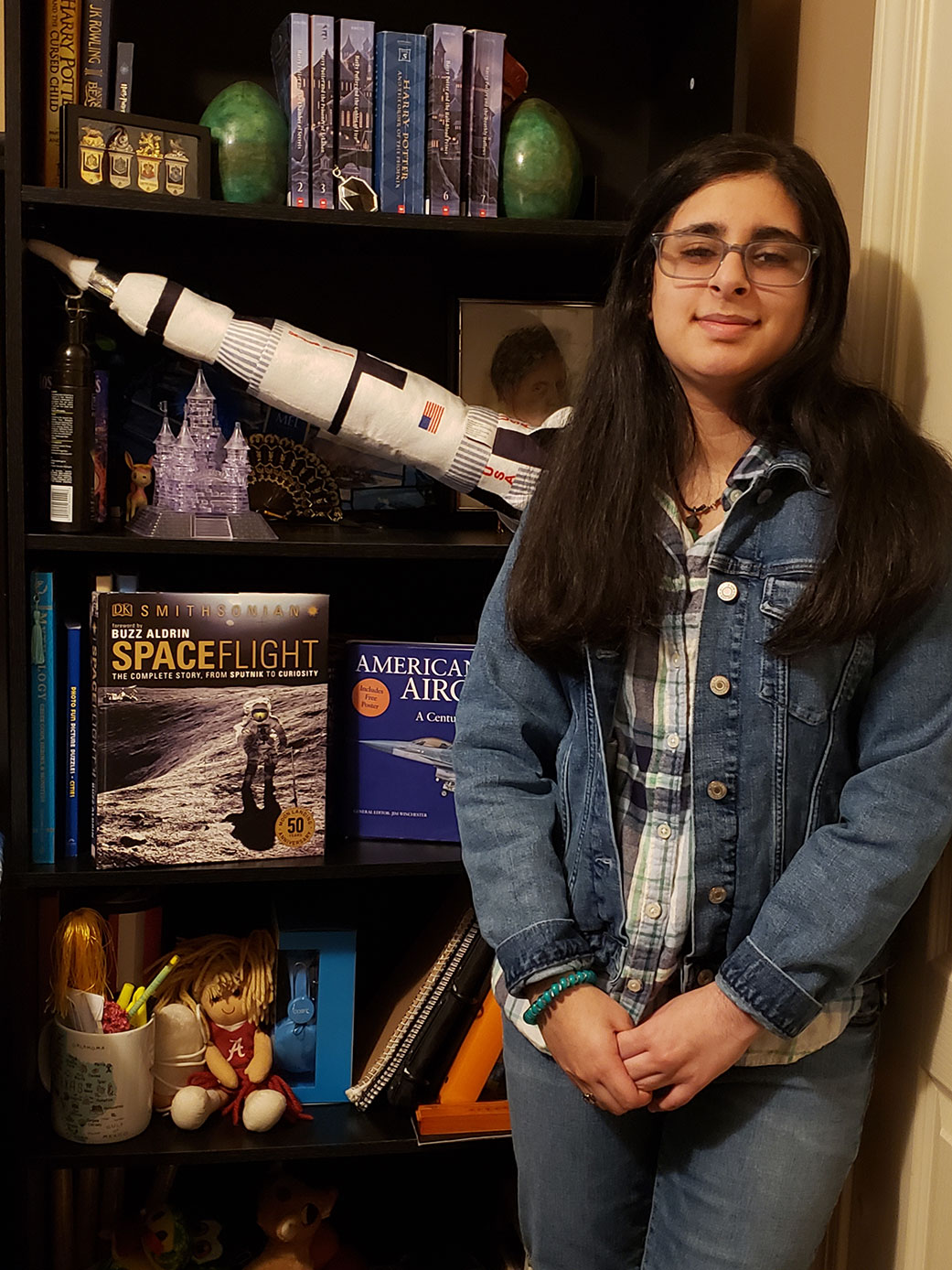 Destined to become the first aircraft to attempt powered flight on another planet, NASA’s Mars Helicopter officially has received a new name: Ingenuity.

Vaneeza Rupani, a junior at Tuscaloosa County High School in Northport, Alabama, came up with the name and the motivation behind it during NASA’s “Name the Rover” essay contest.

“The ingenuity and brilliance of people working hard to overcome the challenges of interplanetary travel are what allow us all to experience the wonders of space exploration,” Rupani wrote in her contest submission. “Ingenuity is what allows people to accomplish amazing things, and it allows us to expand our horizons to the edges of the universe.”

Rupani’s was among 28,000 essays submitted to NASA by K-12 students from every U.S. state and territory recommending names for the the next Mars rover. In March, the agency announced that seventh-grader Alexander Mather’s essay earned him the honor of naming the rover Perseverance. But with so many good essays, it seemed fitting to also choose a name for the helicopter that will accompany the rover to Mars. So NASA officials went back to the submitted essays to choose a name for the helicopter. Thomas Zurbuchen, associate administrator of NASA’s Science Mission Directorate, made the choice for the rover’s name, and NASA Administrator Jim Bridenstine chose the name for the helicopter.

“Ingenuity encapsulates the values that our helicopter tech demo will showcase for everyone when it takes off next year as the first aircraft on another planet’s surface,” said Bridenstine. “It took a lot of hard and ingenious work to get the helicopter ready and then placed on the rover, and there’s a lot more going to be required. I was happy we had another great name from the naming contest finalists from which I was able to select something so representative of this exciting part of our next mission to Mars.”

For more information about Ingenuity, go to: https://mars.nasa.gov/technology/helicopter.