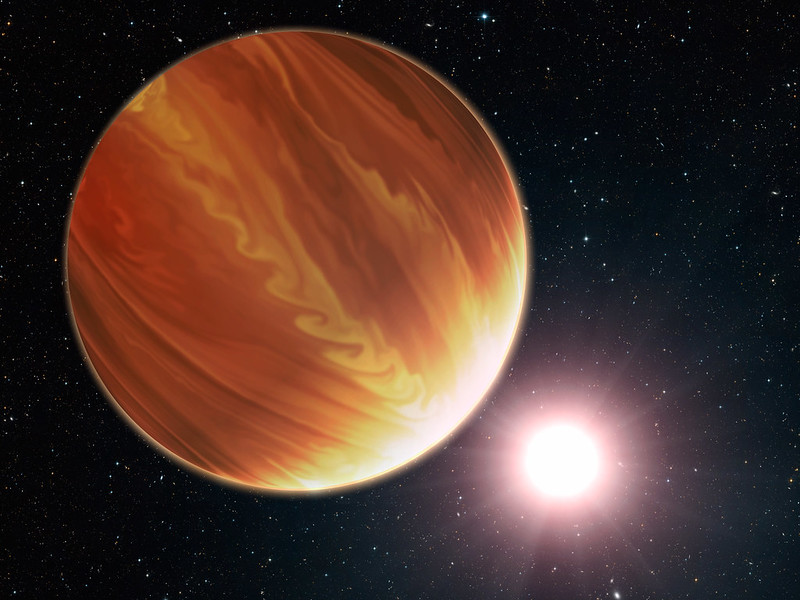 An international team of space scientists has discovered four new “hot Jupiters” in our galaxy.

University of Leicester Ph.D. researcher Rosanna Tilbrook led and co-authored the study alongside colleagues in the UK, Switzerland, Chile, Germany, the USA, and South Africa.

Their research discovered four new exoplanets — NGTS-15b, NGTS-16b, NGTS-17b, and NGTS-18 — between 2500 and 3500 light-years away from Earth using the Next Generation Transit Survey telescope.

All four exoplanets orbit Sun-like stars but have short orbital lengths of less than five Earth days, and therefore experience temperatures of around 1000°C (1832°F). Planets such as these are dubbed “hot Jupiters” due to their massive size and proximity to their host star.

Each so-called “hot Jupiter” receives enough energy from its star that it should be “inflated” — the term for when the radius of the planet is larger than astronomers would otherwise expect.

Research lead and Ph.D. researcher in astrophysics Rosanna Tilbrook said, “Inflated planets are mysterious — we don’t know exactly how inflation works, but we do know that in general, the most highly irradiated planets will be the most inflated. In this case, three of the planets show signs of inflation, but nothing can be said for sure about NGTS-15b. This is because it’s very difficult to pin down the age of NGTS-15b.”

“We think that the mysteries of inflation might be uncovered by updating current scientific models of these planets, which currently only look at the relationships between energy, mass, and radius, and don’t account for a range of other factors which are believed to play an important role in planet inflation. Other interesting properties include what the planets are made of and whether they may have spiraled closer towards their sun with time.”

Professor Emma Bunce is head of the University of Leicester’s School of Physics and Astronomy and President of the Royal Astronomical Society. She said, “This is a fascinating discovery which furthers our understanding of worlds beyond our own, and serves as an important example of the critical contribution our post-graduate researchers make to the overall research program in our school, and at the university more generally.

“With the first phase of our Space Park Leicester development set to open this summer, I am excited to see our researchers continuing to lead across a variety of areas in the space sciences, from astrophysical observations of distant objects like these, through to advancing our understanding of our own planet Earth and the wider solar system.”

“NGTS 15b, 16b, 17b, and 18b:  Four hot Jupiters from the Next Generation Transit Survey” is an accepted manuscript in The Monthly Notices of the Royal Astronomical Society.