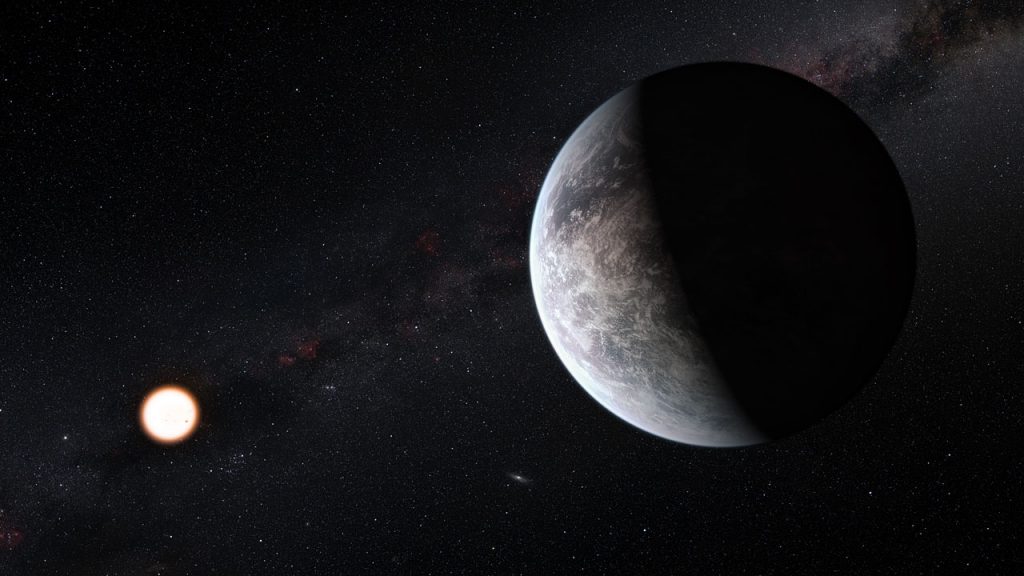 Artist’s impression of the rocky super-Earth HD 85512 b, one of more than 50 new exoplanets found by HARPS. Credit:  ESO/M. Kornmesser.

Mini-Neptunes and super-Earths up to four times Earth’s size are the most common exoplanets orbiting stars beyond our solar system. Until now, super-Earths were thought to be the rocky cores of mini-Neptunes whose gassy atmospheres were blown away. In a new study published in The Astrophysical Journal, astronomers from McGill University show that some of these exoplanets never had gaseous atmospheres, shedding new light on their mysterious origins.

From observations, we know about 30–50% of host stars have one or the other, and the two populations appear in approximately equal proportion. But where did they originate?

One theory is that most exoplanets are born as mini-Neptunes, but some are stripped of their gas shells by radiation from host stars, leaving behind only a dense, rocky core. This theory predicts that our galaxy has very few Earth-sized and smaller exoplanets known as Earths and mini-Earths. However, recent observations show this may not be the case.

To find out more, the astronomers used a simulation to track the evolution of these mysterious exoplanets. The model used thermodynamic calculations based on how massive their rocky cores are, how far they are from their host stars, and how hot the surrounding gas is.

“Contrary to previous theories, our study shows that some exoplanets can never build gaseous atmospheres to begin with,” says co-author Eve Lee, Assistant Professor in the Department of Physics at McGill University and the McGill Space Institute.

The findings suggest that not all super-Earths are remnants of mini-Neptunes. Rather, the exoplanets were formed by a single distribution of rocks, born in a spinning disk of gas and dust around host stars. “Some of the rocks grew gas shells, while others emerged and remained rocky super-Earths,” she says.

How Mini-Neptunes and Super-Earths Are Born

Planets are thought to form in a spinning disk of gas and dust around stars. Rocks larger than the Moon have enough gravitational pull to attract surrounding gas to form a shell around its core. Over time, this gas shell cools down and shrinks, creating space for more surrounding gas to be pulled in and causing the exoplanet to grow. Once the entire shell cools down to the same temperature as the surrounding nebular gas, the shell can no longer shrink, and growth stops.

For smaller cores, this shell is tiny, so they remain rocky exoplanets. The distinction between super-Earths and mini-Neptunes comes from the ability of these rocks to grow and retain gas shells.

“Our findings help explain the origin of the two populations of exoplanets, and perhaps their prevalence,” says Lee. “Using the theory proposed in the study, we could eventually decipher how common rocky exoplanets like Earths and mini-Earths may be.”