Best Region for Life on Mars Was Far Below Surface 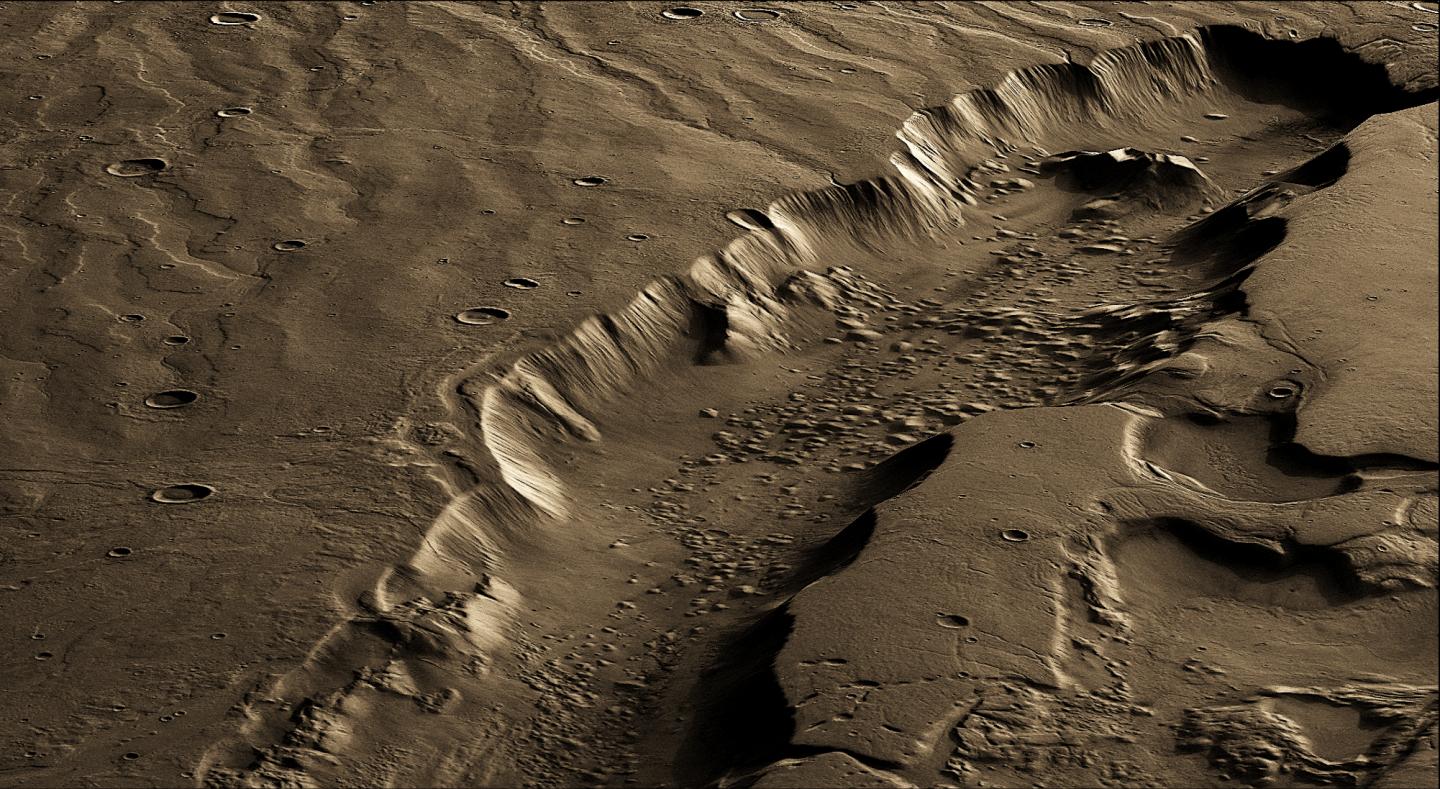 The most habitable region for life on Mars would have been up to several miles below its surface, likely due to subsurface melting of thick ice sheets fueled by geothermal heat, a Rutgers-led study concludes.

The study, published in the journal Science Advances, may help resolve what’s known as the faint young sun paradox — a lingering key question in Mars science.

“Even if greenhouse gases like carbon dioxide and water vapor are pumped into the early Martian atmosphere in computer simulations, climate models still struggle to support a long-term warm and wet Mars,” said lead author Lujendra Ojha, an assistant professor in the Department of Earth and Planetary Sciences in the School of Arts and Sciences at Rutgers University-New Brunswick. “My co-authors [and I] propose that the faint young sun paradox may be reconciled, at least partly, if Mars had high geothermal heat in its past.”

Our Sun is a massive nuclear fusion reactor that generates energy by fusing hydrogen into helium. Over time, the Sun has gradually brightened and warmed the surface of planets in our solar system. About 4 billion years ago, the Sun was much fainter, so early Mars’ climate should have been freezing. However, the surface of Mars has many geological indicators, such as ancient riverbeds, and chemical indicators, such as water-related minerals, that suggest the red planet had abundant liquid water about 4.1 billion to 3.7 billion years ago (the Noachian era). This apparent contradiction between the geological record and climate models is the faint young sun paradox.

On rocky planets like Mars, Earth, Venus, and Mercury, heat-producing elements like uranium, thorium, and potassium generate heat via radioactive decay. In such a scenario, liquid water can be generated through melting at the bottom of thick ice sheets, even if the Sun was fainter than now. On Earth, for example, geothermal heat forms subglacial lakes in areas of the West Antarctic ice sheet, Greenland, and the Canadian Arctic. It’s likely that similar melting may help explain the presence of liquid water on cold, freezing Mars 4 billion years ago.

The scientists examined various Mars datasets to see if heating via geothermal heat would have been possible in the Noachian era. They showed that the conditions needed for subsurface melting would have been ubiquitous on ancient Mars. Even if Mars had a warm and wet climate 4 billion years ago, with the loss of the magnetic field, atmospheric thinning, and subsequent drop in global temperatures over time, liquid water might have been stable only at great depths. Therefore, life, if it ever originated on Mars, may have followed liquid water to progressively greater depths.

“At such depths, life could have been sustained by hydrothermal (heating) activity and rock-water reactions,” Ojha said. “So, the subsurface may represent the longest-lived habitable environment on Mars.”

NASA’s Mars InSight spacecraft landed in 2018 and may allow scientists to better assess the role of geothermal heat in the habitability of Mars during the Noachian era, according to Ojha.

For more information about the InSight mission, visit https://www.nasa.gov/mission_pages/insight/main/index.html.