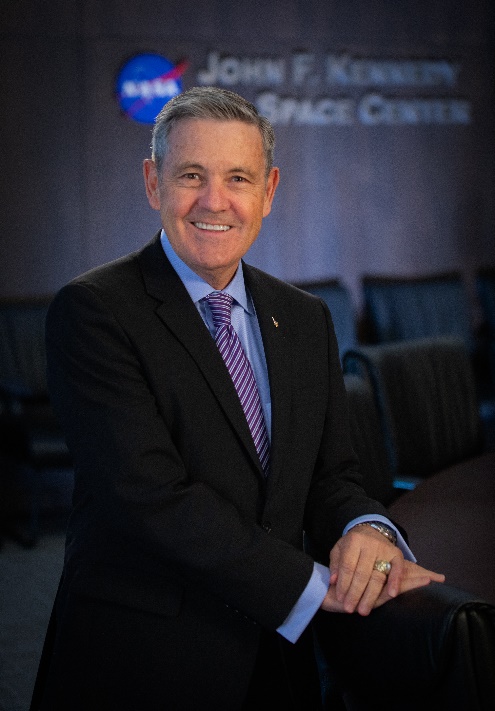 NASA Administrator Bill Nelson announced that Robert D. Cabana, who has served as director of NASA’s Kennedy Space Center in Florida since 2008, began serving as associate administrator effective May 17, 2021. Steve Jurczyk, who held the position since 2018, has retired.

“Bob has a relentless determination to expand America’s role in space. Under his leadership, Kennedy has emerged as a modern, world-class multi-user spaceport, partnering with commercial customers and supporting NASA’s science and human exploration missions,” Nelson said. “Bob is the real deal — he has the vision and management skills to bring NASA to even higher heights.”

”I’m honored to have been selected by Senator Nelson to serve as associate administrator of NASA,” Cabana said. “Bill and I have a shared passion for America’s space program, and I look forward to serving NASA and our nation in this new capacity. As much as I am going to miss the incredible team at Kennedy, I can’t wait to take on this new challenge.”

Nelson and Cabana first met in 1985 while Nelson was training to fly on the space shuttle, and Cabana was an astronaut candidate. At Kennedy, Cabana managed all NASA programs and activities at the spaceport, including the team of civil service and contractor employees who operate some of NASA’s most critical programs, including its Commercial Crew Program.

Cabana graduated from the U.S. Naval Academy in 1971 with a degree in mathematics. He was commissioned in the U.S. Marine Corps and completed Naval Flight Officer training in Pensacola in 1972. He was designated a naval aviator in September 1976 and logged more than 7,000 hours of flight time in more than 50 different aircraft.

Janet Petro, who has served as deputy director of Kennedy since 2007, will serve as acting center director. Petro was also central to Kennedy’s transition to a multi-user spaceport. She led cross-agency initiatives with the Federal Aviation Administration and U.S. Air Force to streamline government processes, support commercial space operations, increase government efficiency, and limit redundancy.