Breakthrough Watch Enables Nearby Habitable-Zone Exoplanets to Be Directly Imaged 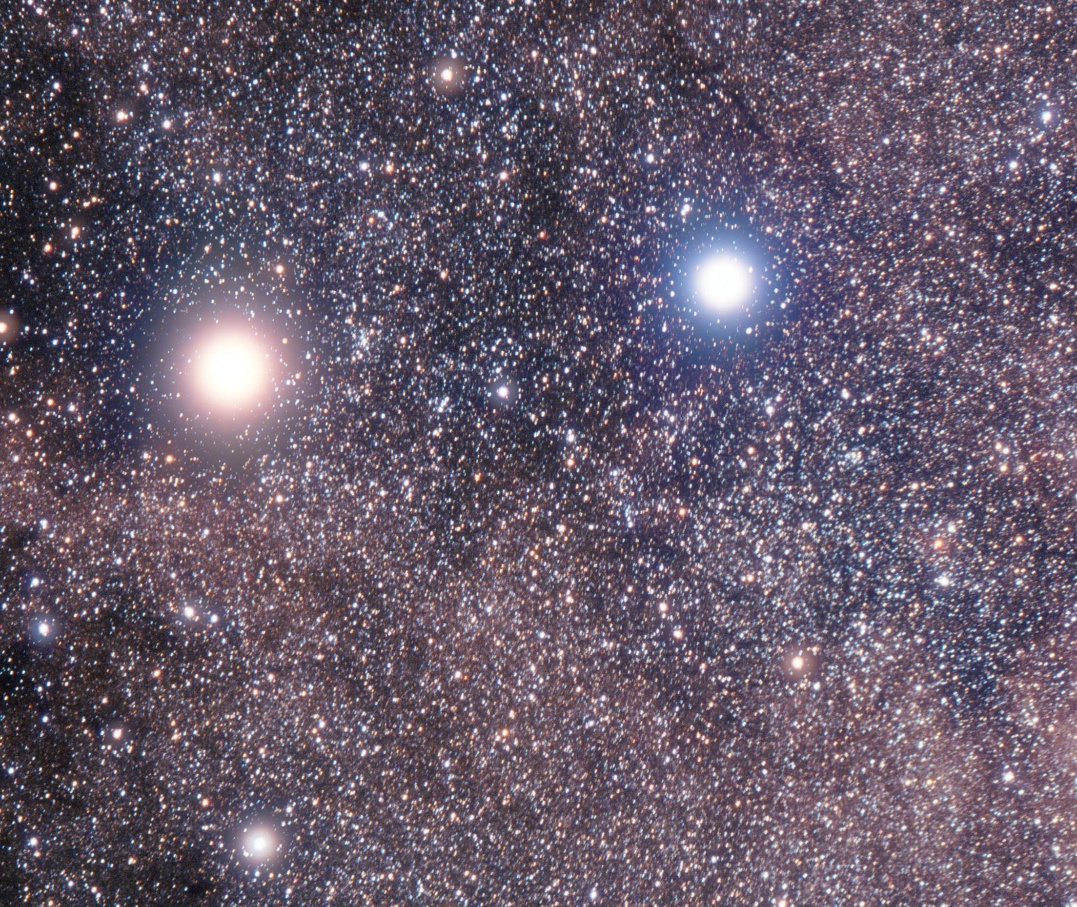 On February 10, 2021, Breakthrough Watch, the global astronomical program looking for Earth-like planets around nearby stars, announced a new observing technique with unprecedented sensitivity to image exoplanets directly. Their initial observations also resulted in the detection of a weak signal in Alpha Centauri A’s habitable zone, part of the star system nearest to Earth.

The technological achievements and the discussion of possible origins of this weak signal were presented by the global team of astronomers in the journal Nature Communications in an article titled, “Imaging low-mass planets within the habitable zone of Alpha Centauri.” Data obtained from 100 hours of observation by the NEAR (New-Earths in the AlphaCen Region) program at the European Southern Observatory’s (ESO) Very Large Telescope (VLT) at the Paranal Observatory in Chile open up the possibility of the detection of a candidate exoplanet in Alpha Centauri A’s habitable zone. While the team emphasizes that other explanations are possible for the faint signal, an intriguing possibility is that they’ve observed a planet roughly five to seven times Earth’s size orbiting within the habitable zone of the nearest Sun-like star.

“We were amazed to find a signal in our data. While the detection meets every criteria for what a planet would look like, alternative explanations — such as dust orbiting within in the habitable zone or simply an instrumental artifact of unknown origin — have to be ruled out,” said the study’s lead author, Kevin Wagner, a Sagan Fellow in NASA’s Hubble Fellowship Program at the University of Arizona. “Verification might take some time and will require the involvement and ingenuity of the larger scientific community.”

The findings result from the evolution of ever more powerful and sensitive imaging technologies (an order of magnitude more sensitive to temperate planets than earlier exoplanet imaging approaches) and demonstrate the feasibility of imaging rocky, habitable-zone exoplanets with radii smaller than Neptune. The achievement was made possible through cooperation among leading international space organizations, universities, and the private sector initiative, Breakthrough Watch. Further analysis is underway to investigate the candidate planet. If the planet orbiting in the habitable zone of Alpha Centauri is confirmed, it will have significant implications for the future of space exploration.

At 8 meters (8.75 yards) in aperture, the ESO’s Very Large Telescope is among the world’s largest. In 2019 — with support from the Breakthrough Watch initiative — it was outfitted with new instrumentation that has allowed scientists, for the first time, to detect sub-Neptune-sized exoplanets in the habitable zones of nearby stars, heralding a significant advance in observational capabilities.

The imaging of potentially habitable exoplanets has presented a major technical challenge since the starlight reflecting off them from their host stars is generally billions of times dimmer than the light coming to us directly from those stars. Resolving a small planet close to its star at a distance of several light-years has been compared to spotting a moth circling a streetlamp dozens of miles away. To solve this problem, in 2016, Breakthrough Watch and ESO launched a collaboration to build a thermal infrared coronagraph, designed to block out most of the light coming from the star and optimized to capture the infrared light emitted by the warm surface of an orbiting planet.

In addition to helping reduce the light of the target star and thereby reveal potential terrestrial exoplanets’ signatures, the coronagraph modifies existing instrumentation to optimize its sensitivity to infrared wavelengths, enabling it to detect potential heat signatures similar to that emitted by Earth.

Building upon these advances, NEAR, an ambitious $3 million observation program led by Breakthrough Watch and ESO, conducted more than 100 hours of observation beginning in 2019 to hunt for exoplanets within the habitable zones of the two Sun-like stars. It was developed in collaboration with the University of Uppsala in Sweden, the University of Liège in Belgium, CEA, Université Paris-Saclay, the California Institute of Technology in the U.S., and Kampf Telescope Optics in Munich, Germany.

In addition to advancing coronagraph technologies, the NEAR experiment further developed technologies for adaptive optics to strategically deform the telescope’s secondary mirror, compensating for the distortion produced by Earth’s atmosphere. It has also employed novel chopping strategies that reduce noise by allowing the instrument to switch rapidly between target stars — as fast as every 50 milliseconds — and thus maximize the available telescope time.

Beginning on May 21, 2019, ESO’s astronomers at ESO’s VLT conducted 100 hours of observation to establish the presence or absence of planets within Alpha Centauri’s habitable zones. Habitable-zone planets as small as about three times the size of Earth became detectable with the upgraded instrumentation. Rocky planets have radii that are typically less than about 1.7 times that of Earth. NEAR has demonstrated that such worlds will likely soon be imaged at the rate of current progress.

“ESO is glad to have contributed its expertise, substantial infrastructure, and observing time on the Very Large Telescope to the NEAR project and looks forward in the years ahead to exploring other nearby star systems,” commented ESO project leader Markus Kasper.

“The new capability that we demonstrated with NEAR to directly image nearby habitable-zone planets is inspiring to further developments of exoplanet science and astrobiology,” says Kevin Wagner, University of Arizona.

Pete Worden, executive director of the Breakthrough Initiatives, said, “Only a few years ago, we set out on a search for possible Earth-like planets circling Alpha Centauri A and B. We built the machinery that could do the job, and now a candidate planet has revealed itself. The power of concerted, global scientific collaboration is quite astonishing.”

“When we collaborate on a global scale, we discover new worlds, and we keep advancing,” said Yuri Milner, founder of the Breakthrough Initiatives. “The identification of a candidate habitable-zone planet in our celestial backyard will continue to power our curiosity.”