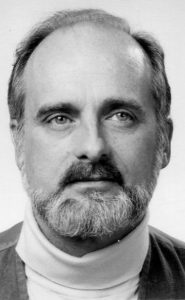 As a geologist he began his career at Conoco in Ponca City, Oklahoma, in the Production Research Division. His next career move was to Illinois State Survey in the Clay Mineral Section and then to the U.S. Geological Survey (USGS) in Lakewood, Colorado, in the Coal Resources Branch.

Bohor continued to be involved with study and research in his field with funding from the USGS and NASA. He defined altered volcanic ash beds (tonsteins) in the western U.S. and China. He established the presence of detritus from the asteroid impact at the Cretaceous/Tertiary (K/T) boundary 65 million years ago that caused the extinction of the dinosaurs. He discovered shocked and metamorphosed quartz grains occurring in the boundary clays-tones worldwide, which confirmed their impact origin. He also discovered several sites of the impact debris layers in the western U.S. and studied many other sites around the world. For his exceptional achievement in meteoritics he was awarded the Barringer Medal at the Meteoritical Society meeting in London, England, in 2011.

After his retirement from the Survey in 1995, Bohor continued as an emeritus and volunteer at the USGS. During this time he also did follow up to research that he had co-investigated with a graduate student 40 years before by investigating the occurrence of attapulgite, a clay mineral used by both ancient and present day Mayan potters in the Yucatan Peninsula of Mexico. He authored or coauthored more than 100 technical publications over his research career. For health reasons, Bohor discontinued his active research and moved to Green Valley, Arizona, as a full time resident in 2010.

— Portions of text courtesy of the Green Valley News