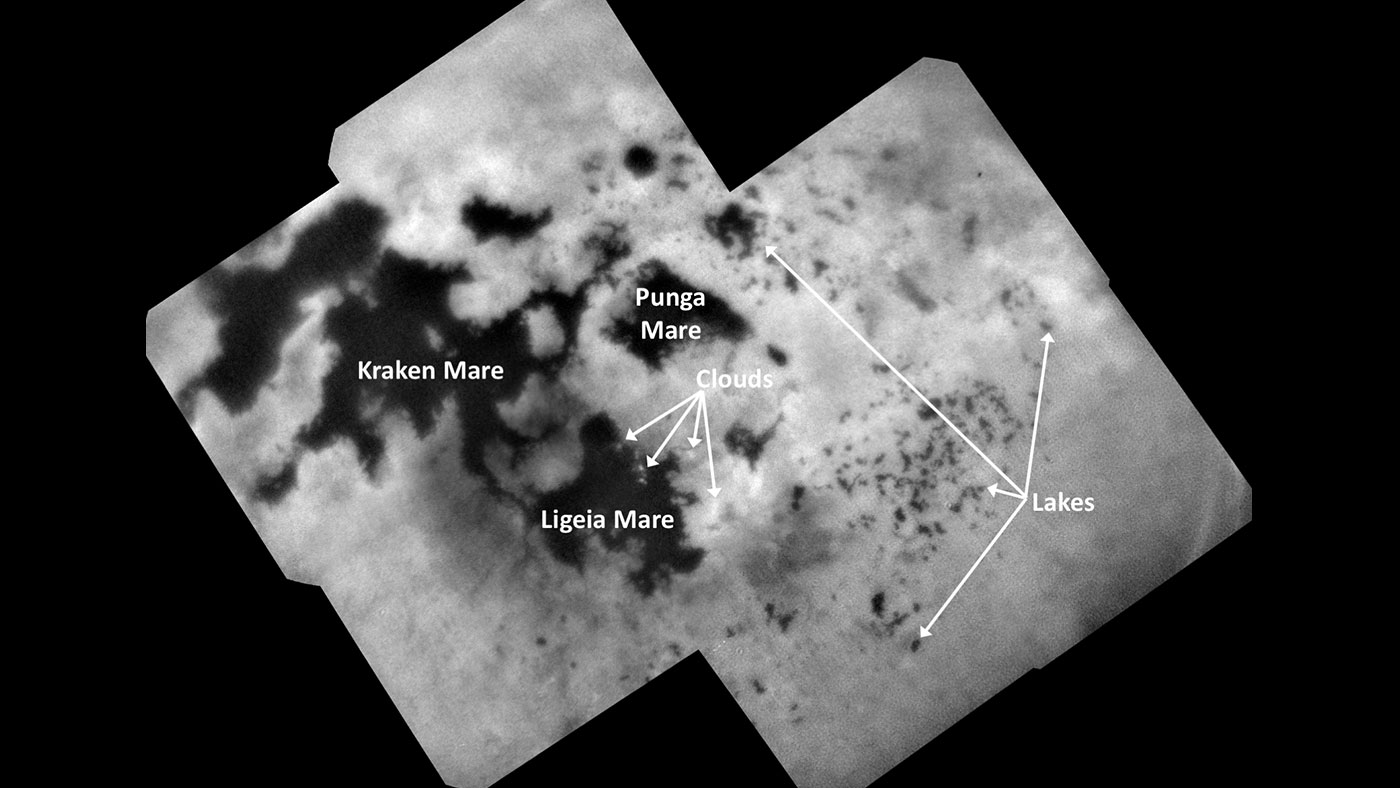 During the Cassini mission’s final distant encounter with Saturn’s giant moon Titan, the spacecraft captured this view of the enigmatic moon’s north polar landscape of lakes and seas, which are filled with liquid methane and ethane. Credit: NASA/JPL-Caltech/SSI.

During NASA’s Cassini mission’s final distant encounter with Saturn’s giant moon Titan, the spacecraft captured the enigmatic moon’s north polar landscape of lakes and seas, which are filled with liquid methane and ethane.

They were imaged on September 11, 2017. Four days later, Cassini was deliberately plunged into the atmosphere of Saturn.

With its dense atmosphere, Titan has a methane cycle much like Earth’s water cycle of evaporation, cloud formation, rainfall, surface runoff into rivers, and collection in lakes and seas. During Titan’s southern summer, Cassini observed cloud activity over the south pole.

However, typical of observations taken during northern spring and summer, the view here reveals only a few small clouds. They appear as bright features just below the center of the mosaic, including a few above Ligeia Mare.

“We expected more symmetry between the southern and northern summer,” said Elizabeth (“Zibi”) Turtle of the Johns Hopkins Applied Physics Lab and the Cassini Imaging Science Subsystem (ISS) team that captured the image. “In fact, atmospheric models predicted summer clouds over the northern latitudes several years ago. So, the fact that they still hadn’t appeared before the end of the mission is telling us something interesting about Titan’s methane cycle and weather.”

“Titan is a fascinating place that really teases us with some of its mysteries,” said Turtle.

For more information about the Cassini Solstice Mission, visit http://ciclops.org.