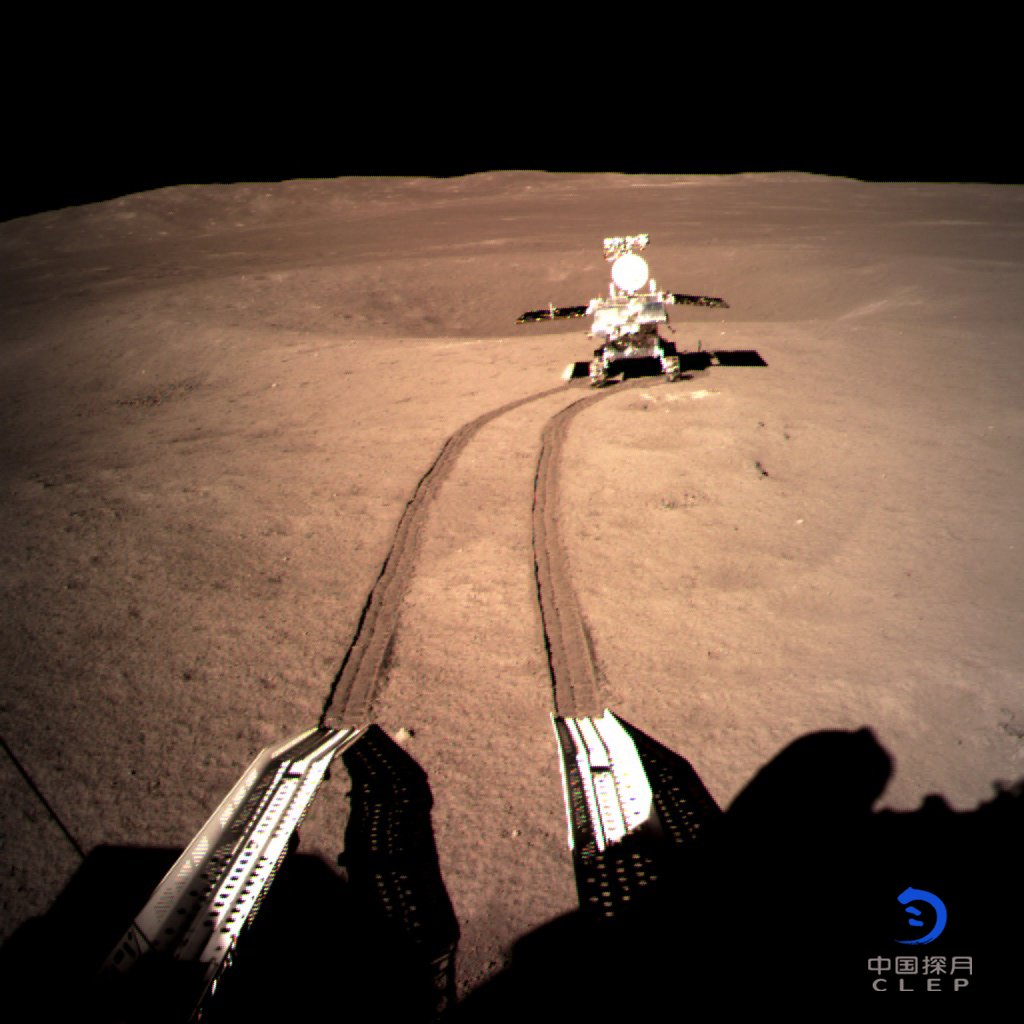 The Yutu-2 rover successfully drives onto the lunar surface from China’s Chang’e-4 lander, which became the first spacecraft to make a soft landing on the lunar farside on January 3. Credit: CNAS/CGTN Twitter.

The China National Space Administration made history on January 3, when the Chang’e-4 spacecraft became the first to make a soft landing on the lunar farside. Chang’e-4 touched down in Von Kármán crater, located within the immense South Pole-Aitken basin, becoming the first spacecraft to visit the oldest impact basin on the Moon.

As direct communications between Chang’e-4 and Earth are not possible from the lunar farside, the lander relays its data to Earth via CNSA’s new Queqiao communications satellite, which was launched in May 2018.

Chang’e-4 and Yutu-2 have diverse scientific payloads, including lunar ground penetrating radar, a visible and near infrared imaging system, a sealed miniature biosphere containing silkworm larvae and several types of plant seeds, and a Swedish instrument designed to study how solar wind interacts with the lunar surface.