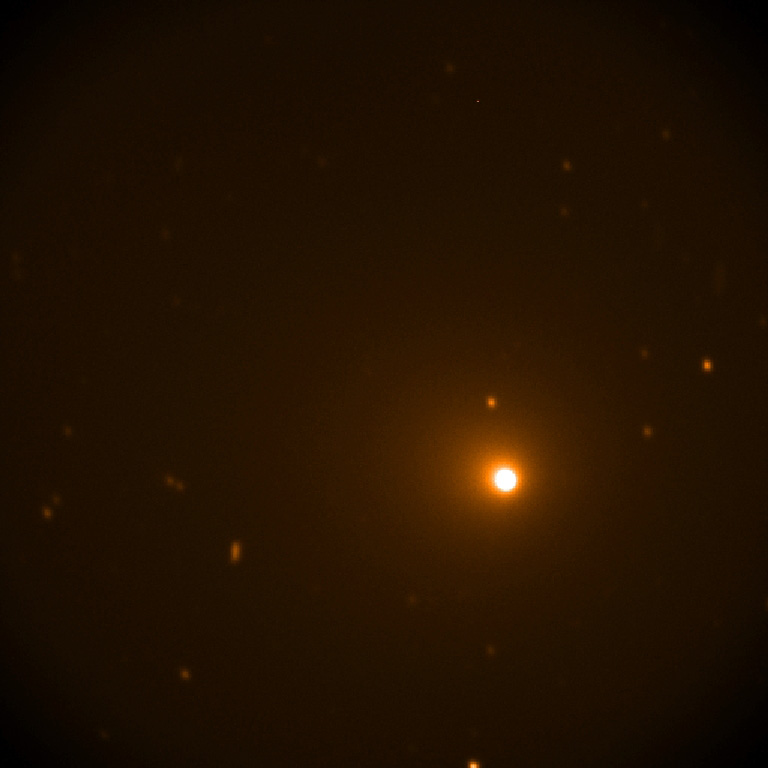 The mystery of why Earth has so much water, allowing our “blue marble” to support an astounding array of life, is clearer with new research into comets. Comets are like snowballs of rock, dust, ice, and other frozen chemicals that vaporize as they get closer to the Sun, producing the tails seen in images. A new study reveals that the water in many comets may share a common origin with Earth’s oceans, reinforcing the idea that comets played a key role in bringing water to our planet billions of years ago.

The Stratospheric Observatory for Infrared Astronomy, SOFIA, the world’s largest airborne observatory, observed comet Wirtanen as it made its closest approach to Earth in December 2018. Data collected from the high-flying observatory found that this comet contains “ocean-like” water. Comparing this with information about other comets, scientists suggest in a new study that many more comets than previously thought could have delivered water to Earth. The findings were recently published in Astronomy and Astrophysics Letters.

“We have identified a vast reservoir of Earth-like water in the outer reaches of the solar system,” said Darek Lis, a scientist at NASA’s Jet Propulsion Laboratory, in Pasadena, California, and lead author of the study. “Water was crucial for the development of life as we know it. We not only want to understand how Earth’s water was delivered, but also if this process could work in other planetary systems.”

Planets form from debris orbiting in a disk shape around a star; small pieces of debris can stick together and grow larger over time. Leftover debris remains in regions of our own solar system like the Kuiper belt, beyond Neptune, or the Oort cloud, far past Pluto. Comets come from these areas, but we can only see them when their orbits bring them closer to the Sun. The heat from the Sun causes some of the dirty snow to vaporize, creating the fuzzy halo or “coma” of water vapor, dust and ice grains seen in comet images.

Scientists predict that the water in Earth’s oceans came from water-carrying bodies in the early solar system that collided with our planet, similar to today’s ice-rich asteroids or comets. But scientists do not know where in the formative disk these objects originated.

Water is also known by its chemical name H2O because it’s made of two hydrogen atoms and one oxygen atom. But using special instruments, scientists can detect two types: regular water, H2O, and heavy water, HDO, which has an extra neutrally-charged particle called a neutron inside one of the hydrogen atoms. Scientists compare the amount of heavy to regular water in comets. If comets have the same ratio of these water types as Earth’s oceans, it indicates that the water in both may share a common origin.

But measuring this ratio is difficult. Ground and space telescopes can study this level of detail in comets only when they pass near Earth, and missions to visit comets, like Rosetta, are rare. Scientists have only been able to study this ratio in about a dozen comets since the 1980s. Additionally, it is difficult to study a comet’s water from the ground because water in Earth’s atmosphere blocks its signatures.

Observing at high altitudes above much of the Earth’s atmospheric water allowed SOFIA to accurately measure the ratio of regular to heavy water in comet Wirtanen. The data showed that comet Wirtanen’s water ratio is the same as the Earth’s oceans.

When the team compared the new SOFIA data with previous studies of comets, they found a surprising commonality. The ratio of regular to heavy water was not linked to the origin of the comets – whether they were from the Oort cloud or the Kuiper belt. Instead, it was related to how much water was released from ice grains in the comet’s coma compared to directly from the snowy surface. This could imply that all comets could have a heavy-to-regular water ratio similar to Earth’s oceans, and that they could have delivered a large fraction of water to Earth.

“This is the first time we could relate the heavy-to-regular water ratio of all comets to a single factor,” noted Dominique Bockelée-Morvan, scientist at the Paris Observatory and the French National Center for Scientific Research and second author of the paper. “We may need to rethink how we study comets because water released from the ice grains appears to be a better indicator of the overall water ratio than the water released from surface ice.”

More studies are needed to see if these findings hold true for other comets. The next time a comet is forecast to fly close enough for this type of study will be in November 2021.