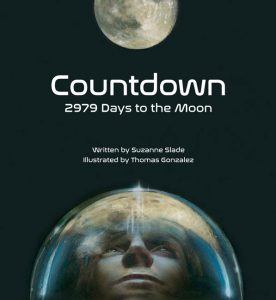 In 1961, President John F. Kennedy announced that the United States would try to land a man on the Moon by the end of the decade. During the two thousand, nine hundred and seventy-nine days that followed his speech, eighteen astronauts climbed into spaceships; three of them died before even leaving the ground. Eight rockets soared into space. And four hundred thousand people — engineers, technicians, scientists, mathematicians, and machinists — joined Project Apollo in hopes of making the dream a reality. Award-winning author and former mechanical engineer Suzanne Slade joins up with New York Times best-selling illustrator Thomas Gonzalez to tell the powerful story of the successes, failures, triumphs, tragedies, and lessons learned from Apollos 1 through 10 that led to the first Moon landing. For ages 10 to 14.