To Explore and Name:
The Solar System is Ours 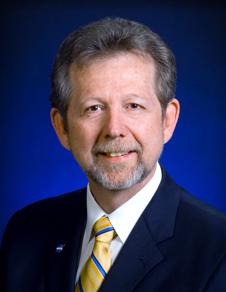 What’s in a name?

As humans, we’re innately curious. We are born with a desire to explore our immediate surroundings, our home planet, and the planets and stars beyond our world. Exploration, naming, and mapmaking have been a fundamental part of our existence for thousands of years. If humans can see it — or find it first — we want to name it. Naming objects makes the unknown more familiar; it creates a feeling of ownership. You could say the naming process gives us a sense of control in a chaotic and ever-changing universe.

Humans are so passionate about putting our names on things that a formal process has developed over the years. In 1919, the International Astronomical Union (IAU) was recognized as the controlling body for planetary nomenclature. Names adopted by the IAU need to follow a series of rules and conventions that have evolved over the years, with the discoverer playing an important role.

The first recognized opportunity to lay claim to our place in the solar system came with the launches of Pioneer 10 and 11 in 1971 and 1972, respectively. Several reporters, including Eric Burgess of the Christian Science Monitor, recognized that Pioneer 10 would be mankind’s first envoy beyond our solar system. Burgess wrote, “I visualized how Pioneer 10 escaping from the solar system would become mankind’s first emissary to the stars . . . It should carry a message that would tell any finder of the spacecraft a million or even a billion years hence that planet Earth had evolved an intelligent species that could think beyond its own time and beyond its own solar system.”

This provided an opportunity to tell any finder of the spacecraft — billions of years from now — that this corner of the galaxy was ours. Burgess pitched the idea to Carl Sagan at NASA’s Jet Propulsion Laboratory (JPL) in Pasadena, California. He proposed we use the Pioneer 10 spacecraft as a courier of sorts, to carry a message that might one day be received by intelligent beings elsewhere in the universe. Sagan was immediately enthusiastic about the idea.

Sagan, along with his wife Linda, contacted Frank Drake, and the team designed a plaque to be affixed to the exterior of the spacecraft. The timing was perfect, as Sagan and Drake had both recently participated in a conference devoted to the challenge of communicating with potential extraterrestrial intelligent life. A completed plaque design was given to NASA, which accepted the idea. The plaque design was etched into a gold anodized aluminum plate. It was 6″ × 9″ in size (15 centimeters × 23 centimeters) depicting the spacecraft, a man, a woman, the solar system (with nine planets, I might add), and a hydrogen atom, along with Earth’s location.

After its encounter with Jupiter, the Pioneer 10 spacecraft acquired enough energy to escape the gravity of the Sun, putting it on a trajectory never to return. In about 100,000 years from now, it will be at the distance of our nearest star in the direction of the constellation Taurus and will one day fly through another star’s solar system. Pioneer 11 carried an identical plaque, and after its encounter with Saturn is also on an escape trajectory.

It wasn’t long after the Pioneer missions that the next opportunity presented itself with Voyager 1 and 2. This time, Sagan was more than ready to up his game. He staked humanity’s claim on this portion of the galaxy by creating a time capsule of images, songs, and greetings, all which in some way represented Earth. On August 20 and September 5, 1977, the two Voyager spacecraft each carried a gold-coated copper phonograph record as a time capsule to be received by any potential extraterrestrial civilizations that it might encounter.

More recently, a new concept has been implemented that allows the public the opportunity to become a part of a mission by submitting their name to be placed in a memory chip and affixed to the spacecraft. A chip carrying the names of 1.24 million people flew on the Curiosity mission in 2011 and is now on the surface of Mars. 1.38 million names were flown on the Orion mission in 2014, and 2.4 million will make the trek to Mars on the InSight mission in 2018. Greatly facilitated by social media, the number of submitted names at peak submission time for InSight was 5.6 per second or 17,281 per hour. Simply putting your name on the planet Mars was just too irresistible for many, thereby demonstrating the phenomenal continued interest by the public to put their name in a “bottle” headed into the solar system.

What will we think of next?