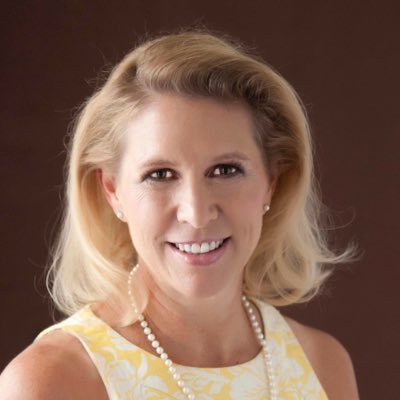 Before Facebook, Twitter, and everything else we use today to share our news and excitement, there was television, radio, and the newspaper. Those were my sources for history in the making. This is how NASA shared its news and events with the world, how I witnessed the first human on the Moon, and how I learned about the Voyager missions. As we celebrate the Fourth of July holiday in the U.S., I cannot help but reflect on our modern history in the making. This year — 2019 — had an auspicious beginning from the first hour, the first day! For thousands of people, New Horizons’ closest approach to (486958) 2014 MU69 (referred to as Ultima Thule, “the farthest limit”) at 12:33 a.m. EST on January 1, 2019, was the best New Year’s celebration ever. Not only did the scientists, engineers, and technicians who worked on the mission witness this historical event, but their families, neighbors, and friends from all around the world connected and followed the spacecraft’s approach, frame by frame, using their smart phones and favorite social media outlet(s). My family and my friends were all on board with the big global party that was waiting to see NASA explore the most distant object it ever had in our solar system.

For me the 2014 MU69 flyby by the New Horizons spacecraft was a proud and nerve-racking moment. I thought of the Moon landing and how much that first step meant for me and for the world; how much it meant for a generation of new scientists and explorers. I thought of the Voyager spacecraft surviving for decades and leaving the heliosphere. It reminded me of the ingenuity and resilience of our species. With New Horizons’ approach to 2014 MU69, we observed a Kuiper belt object (KBO) at a range closer than we had ever done. As it did for its first contact with the Pluto system, the mission team created a great event for the historical occasion. They took us with them deep into the Kuiper belt, they showed us the environment as we all approached our goal, and then we all saw the sharpest image of the farthest object ever explored.

2014 MU69 is the first primordial contact binary ever explored with an accuracy so far only portrayed by artists’ concepts. We have certainly observed KBOs before, but on January 1, we got to almost touch this one. It was the proverbial up-close and personal moment with this intriguing object. As the spacecraft approached the KBO, we saw more and more details with an acute resolution. We also discovered how strangely it is shaped. 2014 MU69 data from New Horizons gave us a new look — with the highest resolution — at the era of planetesimal accretion and therefore the earliest stages in solar system formation and evolution. The contact binary, like others in its class, is composed of planetesimals that accreted and held together as our solar system evolved.

The three key science themes for the Science Mission Directorate and the Planetary Science Division are to discover the secrets of the universe, protect and improve life on Earth, and search for life elsewhere. The data obtained that evening in January provides the planetary community with an unprecedented opportunity to study the surface and the composition of this KBO, and as a consequence, provides us with harder evidence for our theories of the origins, formation, and evolution of the solar system and other stellar systems. Understanding of the solar system is one of the fundamental pillars in understanding the universe, and the New Horizons data provided a critical and unprecedent data point to test our theories.

The images obtained by the telephoto Long-Range Reconnaissance Imager (LORRI) during the New Horizons’ closest approach to the object offered a resolution of about 33 meters (110 feet) per pixel. They confirmed its double-lobed appearance, and then after further investigation, we learned that 2014 MU69 was more flattened than initially thought. The flattened larger lobe of 2014 MU69 was described as a “pancake,” while the smaller lobe was described as a “walnut.” This is truly remarkable and quite unexpected. It sent us back to our books trying to understand what we thought before of a typical contact binary. The cause of 2014 MU69’s flattened shape is uncertain, although centrifugal forces are suspected.

Other than taking us a step further in our understanding of the formation and the evolution of the solar system and thus the secrets of the universe, 2014 MU69 data also helped us in our search for life in the solar system. In fact, spectral data from the Linear Etalon Imaging Spectral Array (LEISA) instrument has revealed the presence of methanol, water ice, and organic molecules on the surface of 2014 MU69. So, a pristine ancient object at the far edge of our solar system shows traces of organic molecules. What will we discover next?

NASA’s Planetary Science Division and its community are thriving. We have a fleet of over two dozen missions in formulation, implementation, and primary and extended operations, including recent selections of three SmallSat missions (EscaPADE, Janus, and Lunar Trailblazer) and our latest New Frontiers selection, Dragonfly. It is indeed a great time to be a planetary scientist. I am proud to be leading our division and humbled by the discoveries and exploration our community is achieving. 2014 MU69 may be at the edge of the solar system, but it is only the beginning of our new age of discoveries.