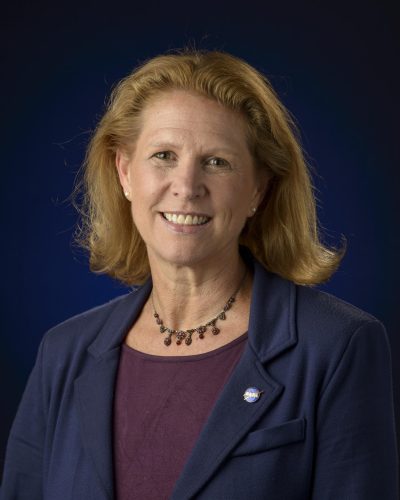 I am writing this in the immediate wake of the successful DART kinetic impact on September 26, 2022, and I still have an adrenaline rush from the amazing and historic feat! The impact was the first step in a new era of spaceflight — one where we now have the capability and knowledge to potentially protect Earth from the devasting effects of an asteroid impact.

As I wrote in my last piece for the LPIB, it’s rare to see Planetary Science Division (PSD) hardware go from launch to planned finale in less than a year, and I can’t quite believe the huge excitement over the purposeful destruction of our beloved DART spacecraft. Crashing a spacecraft sounds like a relatively simple endeavor. But DART’s bullseye hit — while traveling at about 22,500 kilometers per hour (14,000 miles per hour) and almost 113 million kilometers (7 million miles) from Earth — is a credit to the hard work of the mission team and to the technological systems incorporated on the spacecraft, including the Small-body Maneuvering Autonomous Real-Time Navigation (SMART Nav) system developed by the Johns Hopkins University Applied Physics Laboratory (APL) that steered DART to its fate.

I was happy to join the team at APL during the impact evening’s events and was lucky to be live on NASA TV as DART made its final approach and impact. I even managed to remain somewhat sensible live on air as I shared with the world the thrill of seeing the final images from the onboard Didymos Reconnaissance and Asteroid Camera for Optical navigation (DRACO) instrument. With 60 minutes to go before impact, the Didymos/Dimorphos binary asteroid pair were still inseparable in the DRACO images. Yet in the final minutes of DART’s approach, we witnessed both bodies come into sharper focus and become “real” asteroids for the first time — looking a lot like rubble piles we’ve learned to recognize from Bennu and Ryugu. And then, just as quickly, they were gone again as the live feed dropped out at the heartbreaking/lithobraking moment of impact, and the start of our illogical celebrations.

The DRACO images, as well as those returned by DART’s companion LICIACube (a cubesat contributed by Agenzia Spaziale Italiana, ASI), will be a tremendous resource for planetary scientists in the coming months and years, as they study the characteristics of both Didymos (about 0.8 kilometers or 0.5 miles in size) and Dimorphos (about 160 meters or 525 feet in size), as well as the effects of the DART impact on the surface of Dimorphos.

By sharing the images in real-time in the mission’s final minutes and seconds, we gave the general public (including some very nontraditional audiences) a true taste of what it’s like to be a mission scientist experiencing the thrill of obtaining new data every day. I’m ecstatic to see the tremendous interest and response we’ve already had for DART from the public, in addition to the space science community. It really did seem like all eyes were on DART and Didymos/Dimorphos on September 26. The gorgeous images from the James Webb Space Telescope and the Hubble Space Telescope, as well as the timelapse image series of the impact from the Asteroid Terrestrial-impact Last Alert System (ATLAS), as a couple of examples, are testaments to that.

But now is when the application of science for the mission really begins! Over the next few weeks, observatories around the world will be focusing their telescopes on the Didymos system so that we can accurately measure the change in Dimorphos’ orbital period. Prior to impact, Dimorphos orbited Didymous with a period of 11 hours and 55 minutes, and as I write this we are all eagerly awaiting the result of Dimorphos’ new orbital period.

Despite all the excitement surrounding DART, the members of our Planetary Defense Coordination Office (PDCO) team are definitely not just sitting back and taking a break — DART is just one milestone in the PDCO’s vision. For example, in addition to the PDCO’s ongoing search for near-Earth objects and research activities, we are already working on the next essential planetary defense missions. Next up will be the Near-Earth Object (NEO) Surveyor mission that recently completed its Preliminary Design Review and is ready to proceed into “Phase C” (Final Design and Fabrication) later this year. NEO Surveyor will be a space-based infrared telescope designed to detect, track, and characterize NEOs. Its main objective will be to find two-thirds of potentially hazardous asteroids greater than 140 meters (46 feet) in diameter within five years (and more than 90% of them within 10 years). Another key objective of NEO Surveyor will be to collect and verify observations so that they can be used to improve orbital and physical characterizations of objects of specific interest. Although there are current budget challenges for NEO Surveyor, we are working hard to ensure that the mission is ready to launch and start work as soon as possible. (NEO Surveyor is currently planned for launch no earlier than 2028).

In PSD we are also thinking about what comes next after NEO Surveyor, and I’m grateful in this regard for the planetary-defense-focused recommendations in the recent Decadal Survey for Planetary Science and Astrobiology. The Survey recommends that among high-priority missions for planetary defense are a rapid-response, flyby reconnaissance mission to a challenging NEO and a future characterization/mitigation mission. We concur with these recommendations, and we will continue to support the PDCO as future missions and threat mitigation strategies are considered and developed with our partners in planetary defense.

I’m heartened to know that we at NASA, along with our partners from other U.S. government and international agencies, are working diligently with the PDCO in the unifying pursuit of planetary defense. With the DART results imminent, and a slate of future planetary defense missions being developed and considered, I’m confident we are doing everything within our power to ensure our home, and humanity, remain protected for the foreseeable future.

Note added in press: Analysis of data obtained over the past two weeks by the DART investigation team shows the spacecraft’s kinetic impact with its target asteroid, Dimorphos, successfully altered the asteroid’s orbit.