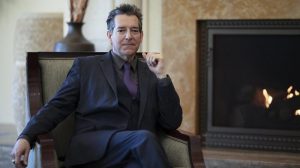 In March 2019, the Board of Directors of the National Space Society (NSS) voted to appoint Geoffrey Notkin as its new president. Notkin has served on the NSS Board of Governors since 2015 and will retain that position.

The National Space Society is a nonprofit organization dedicated to the creation of a spacefaring civilization. Its mission is to promote social, economic, technological, and political change in order to expand civilization beyond Earth, to settle space, and to use the resulting resources to build a hopeful and prosperous future for humanity.

Notkin is a longtime spaceflight advocate who also serves on the Board of Directors of the Astrosociology Research Institute and the Advisory Board of Deep Space Industries. In his role as President of NSS, Notkin will be a national spokesperson for the organization, working to further its goals and objectives. The National Space Society is widely acknowledged as the preeminent citizen’s voice on space, with more than 50 chapters in the United States and around the world.

Along with his work in space advocacy, Notkin is a world-renowned meteorite expert, Emmy-winning television personality, author, publisher, TEDx speaker, and film producer. He starred for three seasons on the critically acclaimed TV series Meteorite Men for Discovery Networks, and two seasons of the educational TV series STEM Journals for Cox Media. He also served as an executive producer on the documentary film First to the Moon: The Story of Apollo 8.

Notkin is the founder and CEO of Aerolite Meteorites, a global company specializing in research, recovery, donation, and sales of meteorites, as well as founder of the Science, Arts and Space Institute in Tucson, Arizona. An accomplished author, he writes a space-themed column for Ad Astra, the award-winning magazine of the National Space Society, entitled “Throwing Pebbles at the Sky.” Additionally, he has been a featured speaker at the International Space Development Conference, the annual gathering of NSS, every year since 2014.